Like many museums and galleries in the United States, Austin’s Blanton Museum of Art has a problem with equitable representation. However, the museum has begun the process of making a concerted effort to correct this longstanding, institutional issue. Though people of color makeup nearly half of the population in the U.S., art museum collections have a disproportionate number of works by White and male artists. A 2019 study looking at 18 U.S. museums found that male artists represented 87% of major museums’ collections, while White artists comprised 85%. Calls for equal representation are not new. The Guerilla Girls may be the most well-known group to spotlight inequities in museum collections and gallery representations, but they too had issues with racial diversity.

Speaking about the Blanton’s collection, Curator of Modern and Contemporary Art Veronica Roberts told Glasstire, “We have the benefit of having a longstanding commitment to Latin American Art, but our entire team has been committed to representing more diverse voices in all of our galleries. We reinstalled our collection galleries in 2017 and inaugurated our Contemporary Project space in 2018 in large part to showcase more works by women and artists of color. This is a key focus we plan to continue and that all of the curatorial teams are committed to. There is a lot of work to be done and we will continue to rely on generous community partners who share this vision and can help us realize these ambitions.” 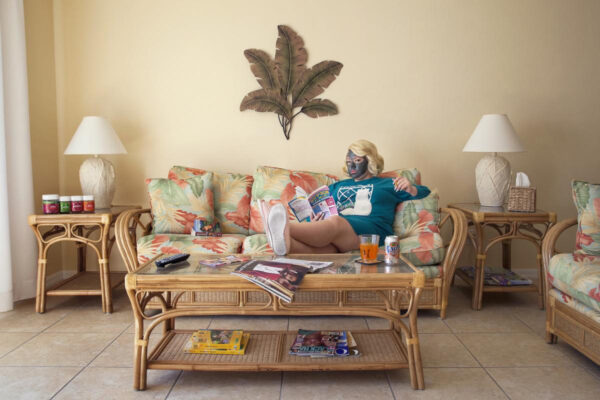 Genevieve Gaignard, Blackish, 2018. Chromogenic print, 32 x 48 in. Blanton Museum of Art, The University of Texas at Austin, Purchase through the generosity of an anonymous donor, 2020. Image courtesy of the artist and Vielmetter Los Angeles © Genevieve Gaignard

In 2017, the museum’s Director, Simone Wicha, and Ms. Roberts met with an anonymous donor who shared their interest in making a transformative gift of funds for the specific purpose of acquiring works by contemporary Black artists. Originally, the donor intended to interview multiple museums before committing their gift, however, after meeting with Ms. Wicha and Ms. Roberts, they felt certain that the Blanton was a good fit.

The donor was impressed by the work the Blanton had already undertaken, and the collection’s focus on social justice. The donor was specifically taken with the portrait of Madam CJ Walker — made out of black plastic combs — by Sonya Clark, which was on view at the time. Additionally, Ms. Roberts told Glasstire, the donor was excited about supporting a university art museum — particularly one connected to the South. (The Blanton is located on The University of Texas at Austin’s campus.) As a descendant of slaveholders, the donor felt urged to support art that sparks critical thinking and dialogue around race; ultimately, though, they left the decision of which works of art to acquire to the museum. 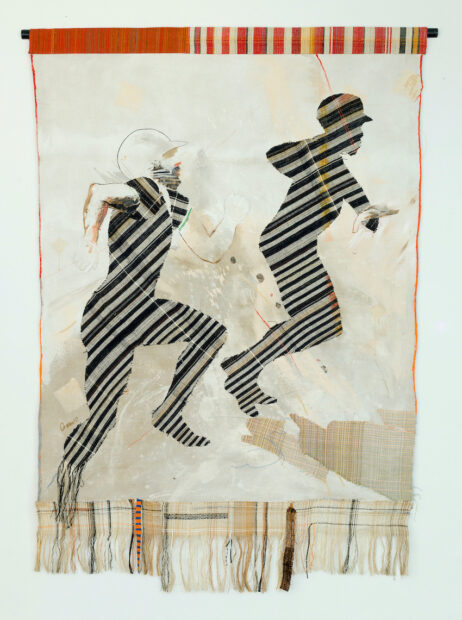 Emma Amos, Hits, 1983. Acrylic on canvas with hand-woven fabric, 84 x 70 in. Blanton Museum of Art, The University of Texas at Austin, Purchase through the generosity of an anonymous donor, 2019. Image courtesy of RYAN LEE Gallery, New York © Emma Amos

Over the last few years, as a result of this gift, the Blanton has acquired works by twelve contemporary Black artists based in the U.S. The works are diverse in media — including paintings, sculptures, drawings, photographs, and textiles — and were created over nearly a forty-year period, from 1980-2019. The first acquisition made possible by the anonymous donor was a painting by Emma Amos, who is currently the subject of a retrospective at the Philadelphia Museum of Art. Ms. Roberts told Glasstire, “Amos was a trailblazer. She was the only female member of the important 1960s Black art ‘Spiral’ group and after her recent death, we learned she was part of the anonymous feminist collective, the Guerrilla Girls. Formally, her work is singular in the way she combined expressionistic painting and hand-woven textiles.”

Of the twelve artists whose work was acquired, only Deborah Roberts was already represented in the Blanton’s collection. The museum already owned two collages on paper by the artist, who is deeply rooted in Austin. The newest acquisition is a 2019 collage on canvas. The museum also acquired two drawings by Robert Pruitt, an artist who was formerly based in Houston. 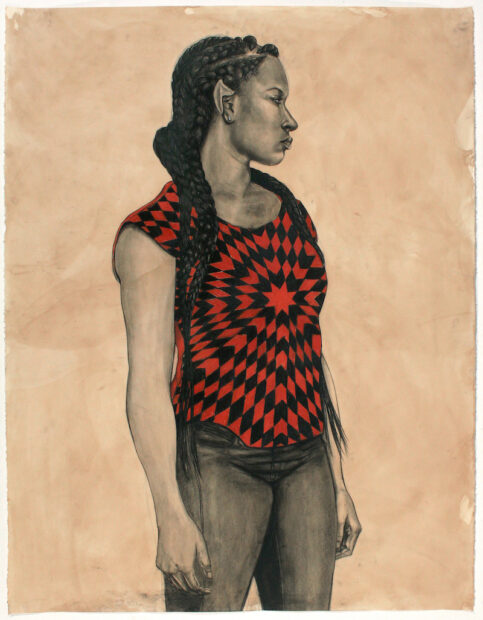 For several of the artists in the show, the Blanton is the first museum to acquire their work. Pittsburgh-based artist James “Yaya” Hough, who recently was included in the acclaimed exhibition Marking Time: Art in the Age of Mass Incarnation at MoMA PS1, is one such artist. At the age of seventeen, Hough was incarcerated and given a life sentence. After serving twenty-seven years, he was released in 2019 due to a Supreme Court ruling on the unconstitutionality of life without parole sentences for juveniles. During his time in prison, Hough was known for his drawings and watercolors, and even mentored other incarcerated artists. The Blanton now owns six drawings that Houghs created between 2008-2016.

With the acquisitions from the fund complete, the culminating exhibition organized by Veronica Roberts, Assembly: New Acquisitions by Contemporary Black Artists, will be on view from December 11, 2021 through May 8, 2022. Artists represented in the show and the collection include Emma Amos, Kevin Beasley, Genevieve Gaignard, James Hough, Arie Pettway, Sally Mae Pettway, Robert Pruitt, Noah Purifoy, Deborah Roberts, Lorna Simpson, Cauleen Smith, and Nari Ward. The museum is currently working to publish a catalogue of the show, which will commission contributions from emerging scholars of color.

Space Over Time: Helen Frankenthaler (and Company) at...