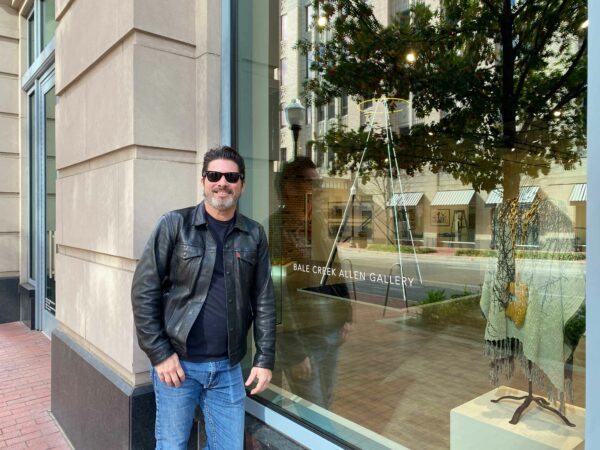 Bale Creek Allen outside of his new gallery location in Fort Worth, Texas

Artist Bale Creek Allen has relocated his Austin gallery to a corner storefront in Sundance Square, Fort Worth’s recently revitalized downtown area. His new space is just nextdoor to Jay Wilkinson’s Dang Good Candy gallery, which itself was only opened earlier this year. There’s no competition here — just two artists turned gallery owners, working side-by-side and supporting each other. Wilkinson told Glasstire: “Having Bale as a neighbor is an incredible compliment…what I really appreciate that he does is a constant showing of powerful 3D works.” He continued: “There aren’t enough spaces [showing sculptural works] and I love what it has evoked of the local and emerging artists that we feature at DGC.”

Though born in California, Mr. Allen has made his life in Austin for the past 30 years. In 1995, just four years after he moved to Texas’ capital,  he opened Gallery 68 as both a studio and gallery space. Mr. Allen is a prolific artist working in a variety of mediums, including bronze sculptures, paintings, photography, neon, woodworking, spoken word, music, and theatre. Though small, at just 280 square feet, the gallery was an opportunity to showcase other artists and build community. Gallery 68 closed in 2000, but in 2016 Mr. Allen was ready to launch a new space, Bale Creek Allen (BCA) Gallery. 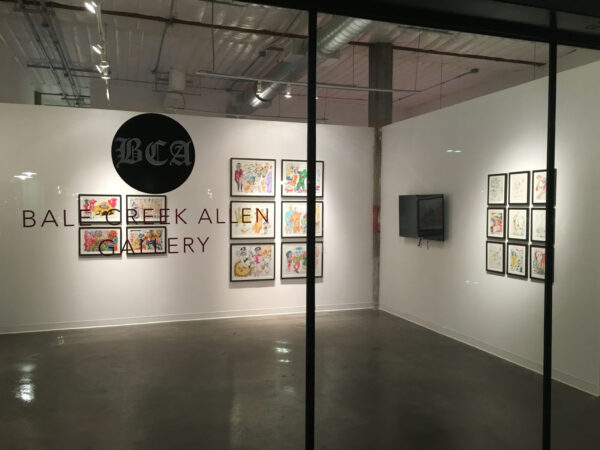 Over its five-year run in the mixed-use Canopy complex in Austin, BCA Gallery made a name for itself hosting national and internationally known artists like Daniel Johnston, Kiki Smith, Nic Nicosia, Eddie Rushca, and Tony Fitzpatrick, among others. Mr. Allen’s active, vibrant gallery and studio, like many other cultural spaces, faced some challenges through the COVID-19 pandemic. At the height of the pandemic, BCA Gallery canceled three exhibitions, and its opening receptions that went forward were sparsely attended. However, Mr. Allen was able to adapt and weather the storm by making and selling his own larger works.

With Mr. Allen’s youngest son now in college, it seemed like a natural time for him and his wife to make a change. And while Fort Worth did offer more affordable space than was available in East Austin, Mr. Allen was primarily drawn to the city’s close-knit but active  arts community, including its world class museums, universities, art galleries, and artists. 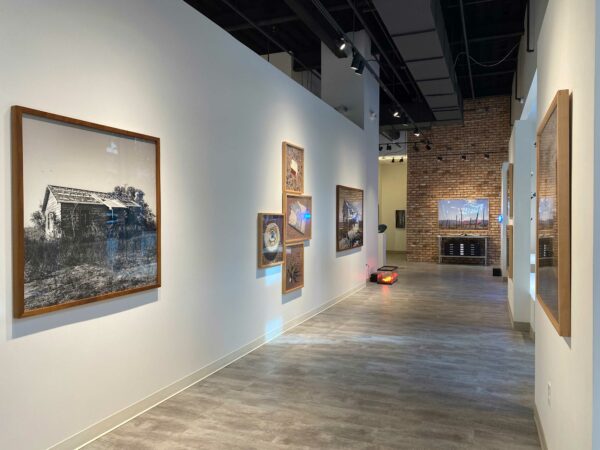 In its Fort Worth edition, BCA Gallery functions mainly as a gallery space, but, at 5,000 square feet, Mr. Allen has ample room to adjust the floorplan or add a studio as needed. Currently, the gallery hosts shows by other artists in its  interior space, and displays works by Mr. Allen on its  street-facing walls; passersby can view the art through large storefront windows.

Since September, BCA Gallery has already hosted two exhibitions in its new space. Speaking about the artists he selects to exhibit, Mr. Allen spoke of a fondness for artists who came up in the 1960s. “Their work speaks for itself. Jim [Roche] is a perfect example; he’s not 80 yet, but he’s getting up there and he’s a dynamo. He’s still making fresh, relevant work. He did a solo show at the Whitney in 1970 and you look at that work and compare it to this and he’s still pushing the envelope. That’s the kind of thing that excites me.”

Of course, Mr. Allen does not limit his exhibitions to these older contemporary artists. The gallery’s upcoming exhibition, Chekhov’s Glock 19 by Will Squibb (b. 1986), is made up of both collage-like inkjet prints of gun components and ceramic sculptures of guns that are seemingly twisted or melted. Allen plans to begin programming community events, like poetry readings and music performances, in the near future.

Will Squibb: Chekhov’s Glock 19 opens Saturday, December 11, 2021 and runs through January 31, 2022. You can learn more by visiting BCA Gallery’s website.

way to go my friend! all the best.