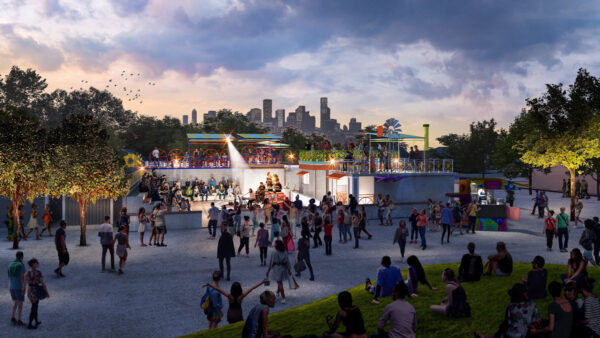 Rendering of The Orange Show Monument. Courtesy of Rogers Partners.

Roughly six miles away from Houston’s Museum District, the Orange Show Center for Visionary Art (OSCVA) bills itself as “one of the country’s leading organizations dedicated to preserving, promoting, and documenting visionary art environments.” Now, OSCVA has announced a major expansion that will broaden both the scope and footprint of the organization. According to a press release, “the expansion will transform the campus into an arena of individual creation and community collaboration, featuring year-round interdisciplinary programs and exhibitions of leading self-taught and outsider art.” 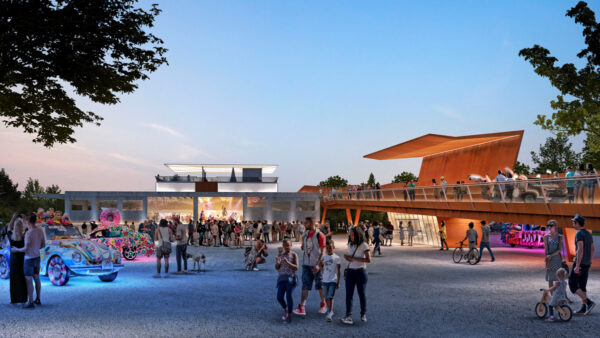 Rendering of The Orange Show Center for Visionary Art. Courtesy of Rogers Partners.

Rogers Partners, a New York City-based architectural firm whose past Houston projects include the Mid-Main Lofts and the Kraft Hall for Social Sciences at Rice University, has been picked to design the expansion. The architects will make use of a 5.7-acre property which was acquired by the OSCVA in 2017. The new space, which is adjacent to the original Orange Show Monument and Smither Park mosaic project, is the former site of an industrial pallet warehouse. 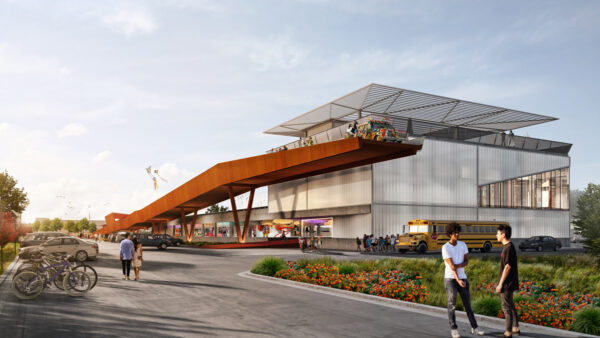 Rendering of the Grand Entrance and Ramp. Courtesy of Rogers Partners.

Headlining the expansion is a planned 800-foot ramp that will act as both a promenade and an exhibition space for Houston’s famed Art Cars. Held annually, the Art Car Parade is one of OSCVA’s many ongoing projects. This year’s festivities included a homemade robot, a “dumpster fire,” and tributes to artists Yayoi Kusama and Vincent Van Gogh. The campus expansion will allow for more of these vehicles to be permanently stored and put on public display at the site.

The warehouse building itself will become, via the OSCVA’s press release, “a world-class, flexible performance and exhibition space which will offer extensive possibilities for exhibitions, programs, and offices as well as a comprehensive visionary art library and archive, and spaces for education and events.”

Smither Park, the sprawling mosaic park originally designed by Dan Phillips alongside Stephanie Smither, will nearly double in size thanks to a new “Mosaic Alley” included in the expansion. Retaining the same community-collaborative nature as the rest of the park, the public will be encouraged to contribute to the ongoing mosaic project. 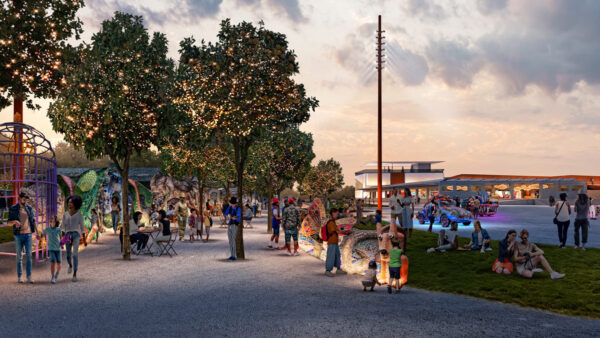 Rendering of the expanded Mosaic Alley. Courtesy of Rogers Partners.

As for the Orange Show Monument itself, the expansion will, according to the press release, “[manipulate] the ground plane to create a natural elevated viewing platform that increases… audience capacity.” The monument was designed and built (entirely by hand) by Houston postal employee Jefferson Davis McKissack between 1956 and 1979, and has always been intended as a community performance venue.

In the recent past, it has hosted musicians like Daniel Johnston, the Dirty Projectors, Devendra Banhart, Bonnie “Prince” Billy, and Joanna Newsom. According to the Orange Show’s website, “McKissack’s creation extols the virtues of his favorite fruit and encourages visitors of all ages to follow his theories relating health and longevity to good nutrition, hard work and eating oranges.”

Capping off the expansion will be a 70-foot sculpture by Texas artist Bob “Daddy-O” Wade, who died in 2019. The sculpture will sit in nearby Fonde Park, and will help integrate the park into the greater Orange Show environment.

The energy of the expansion is focused on activating community involvement with the creative process. We believe in the power of radical self-expression, and want to reimagine the way visitors approach contemporary art by stepping away from the traditional museum spaces and challenge and redefine our ideas about what constitutes fine art, and who it can come from.

More information can be found on the Orange Show’s website.