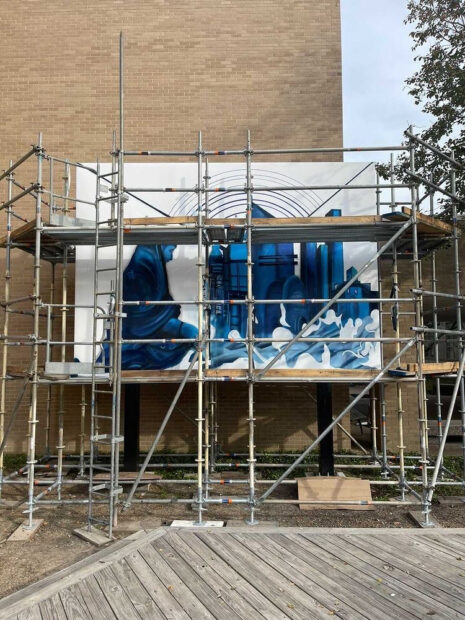 Last week, Qatari artist Muna Al-Bader painted a new mural at the University of Houston (UH). The mural, titled Cultural Bonds, was executed using Al-Bader’s signature palette of blues, which has earned her the nickname “Artist of Blue” in Qatar. According to a press release about the project, she has a spiritual connection to the color.

In her words, the project “depicts the strong link between education, urban civilization and cultural progress between the State of Qatar and America, especially Houston.” Al-Bader’s paintings have been exhibited extensively around Qatar, including a 2019 solo exhibit at the W Hotel Doha called Dan Danah. That show was inspired by the nation’s pre-oil history, when its economy centered around pearl diving. Al-Bader is also the Qatari art ambassador to the UNESCO’s ResiliArt Talk program, which is dedicated to strengthening creative communities worldwide.

Al-Bader’s public project is the latest undertaking of The Diplomacy Institute of University of Houston-Clear Lake (DI), which was founded in 2020 in partnership with the Ministry of Foreign Affairs of the State of Qatar (MOFA). According to the DI’s website, the Institute creates “a range of education and training programs” in the pursuit of diplomatic relations. DI and MOFA have joined together in the implementation of the mural, which is also a part of the Qatari public arts program JEDARIART. 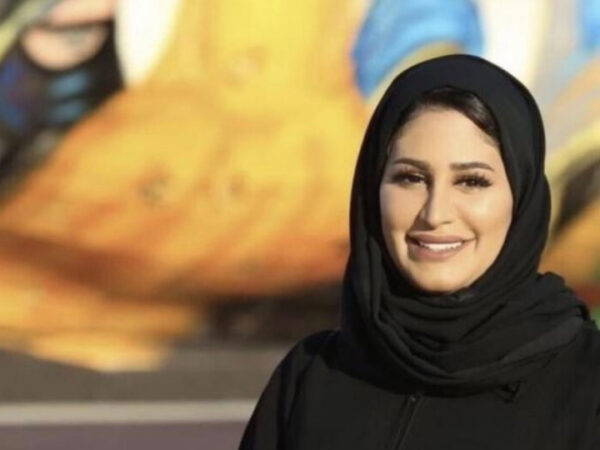 Al-Bader previously contributed a mural along Qatar’s Doha Expressway to JEDARIART. That public arts program is currently touring the United States in celebration of the Qatar-USA Year of Culture 2021, which marks fifty years of cultural ties between the nations. Other stops for the JEDARIART program include San Francisco, Miami, and Portland, Oregon.

The mural at UH is being overseen by Public Art of the University of Houston System, which is the oldest arts organization in the UH system. María C. Gaztambide, the organization’s director and chief curator, said in a press release about the project, “We are delighted to host Muna at the University of Houston and thrilled that our diverse communities will have an opportunity to engage with her as she creates a mural inspired by the universal qualities of art.”

Cultural Bonds will be on display for one year in its site outside the technology building on UH’s main campus. For more details, follow along with the artist’s Instagram and visit the UH Public Art website.