The Galveston Artist Residency (GAR), an exhibition space and funded, ten-month residency program located in Galveston, has announced its residents for the forthcoming 2021-2022 season. The three artists — Manuel Alejandro Rodríguez-Delgado, Jean Shon, and Andrew Wilson — have already moved into their studios at the GAR facility. Their residencies will culminate in an exhibition next summer.

Manuel Alejandro Rodríguez-Delgado is a Puerto Rican artist who studied at the School of The Art Institute of Chicago, and was a recipient of Puerto Rico’s Lexus Grant for Artists and of the Oriental Bank Group Prize for emerging artists.  More recently, he was a resident at Roswell Artist-in-Residence Program (RAiR Foundation) in Roswell, New Mexico. He is quoted on the RAiR Foundation’s website as saying of his practice:

“I am concerned with the overlap between the technological landscape and built/imaginary environments. Through my experimental-sculpture based practice, I assume the role of artist-inventor who produces objects of an improvised nature. I am interested in the way these objects can be deployed as the framework of speculative cultural identities and future belief systems.”

A video of his work at the RAiR Foundation can be found on YouTube. 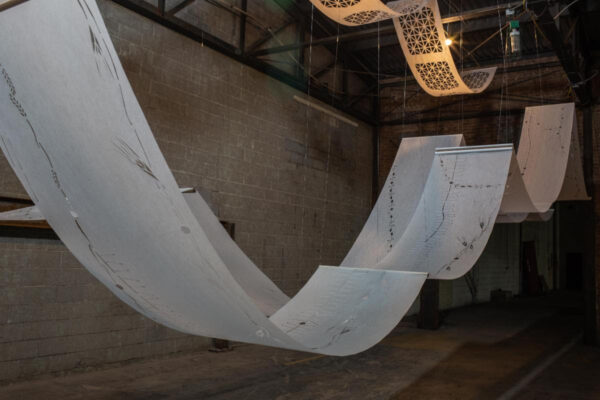 La Marque, Texas native Jean Shon comes to GAR after completing her MFA in Studio Art with Emphasis in Critical Theory and Asian-American Studies at the University of California-Irvine. She also holds a BS in Architecture from the Massachusetts Institute of Technology. Working in installation, photography, and text, her work, according to a press release from GAR, “explores notions of hometown, memory, identity, il/legibility, and loss through family history and archives.” Reached for comment, Shon reported that that the residency had been great so far. “Since it’s a long residency, there’s a lot of time to experiment,” she said, emphasizing the freedom she felt the residents were given to work in whatever way best suited their practices. “I tend to do a lot of research upfront, while others may be more production based.” 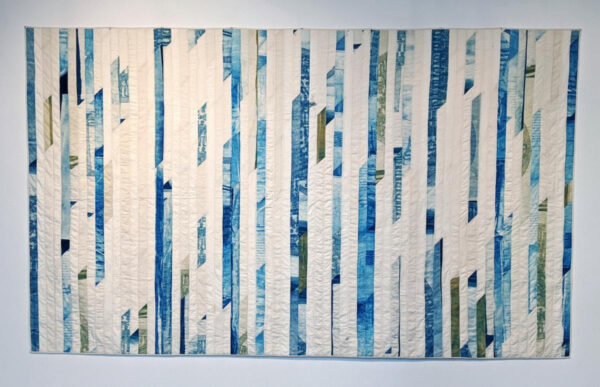 Before coming to Galveston, Andrew Wilson was based in Oakland, California. He is a multimedia artist with an MFA in Art Practice from the University of California-Berkeley, and a BFA in Jewelry/Metals from Ohio Wesleyan University. His practice includes wearable art that he has showcased in fashion shows. According to his website, his work focuses on “the consumption of the Black body and queerness.” His honors include the Jack K. and Gertrude Murphy Award, an Emergency Grant from the Foundation of Contemporary Arts, and the Carr Center Independent Scholars Fellowship. For the latter of these, he worked with resident artist Carrie Mae Weems on the exhibition The Spirit That Resides, which was produced in collaboration with the Havana Biennial.

Currently, the gallery at GAR is hosting the exhibition Lessons From Above: Constellation Quilts by Project Grant recipient Dawolu Jabari. For more information on GAR, its programs, and the residents, please visit GAR’s website.