Mining our Digital Past: “Image Objects: An Archaeology of Computer Graphics” by Jacob Gaboury

It’s hard to imagine life here in the twenty-first century without computer graphics. From TikTok, to cell phone cameras, to online shopping, the way we see, experience, and interact with the world around us is mediated through what we click, post, and peruse. To do all this, we use computer graphics.

Although humankind has been a visual and artistic species for hundreds of thousands of years, computer graphics’ particular combination of art and technology is a rather recent adoption in the longue durée of our own evolution. Historically, computer graphics are inexorably tied to the development of the modern computer, and in the short span of seven decades have proven time and again to be integral to how people think about and interact with computers. But the relationship between people and images — computer or not — is one that draws on humans’ millennia of experiences interacting with representational art. Part algorithm, part physical display, and part evolving aesthetics, the history of computer graphics is complex and specifically rooted in research decisions and directions made in the mid-to-late twentieth century. 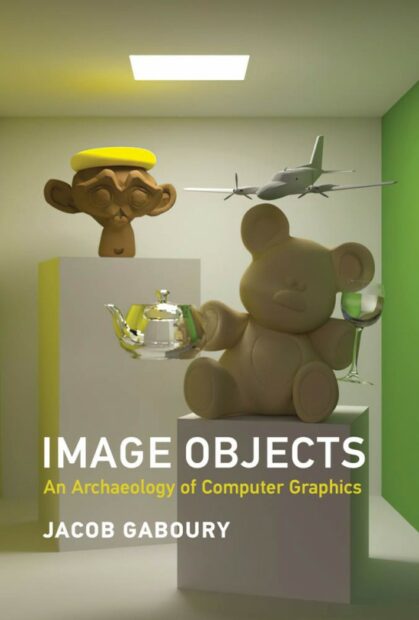 In Image Objects: An Archaeology of Computer Graphics, film and media studies scholar Jacob Gaboury dives into what he calls the “prehistory” of five iconic technical images objects. He views each of these as a key to the history of computer graphics. These images — an algorithm, an interface, an object standard, a programming paradigm, and a hardware platform — Gaboury argues, form an archaeological assemblage of how computers have been transformed from things that tabulate and execute computations into the interactive, performing, visual objects we think of them as today. Understand each of these object categories, the argument goes, and we can understand the progress and development of the field.

While some of the examples and analyses in Image Objects are difficult — perhaps dense ­­— to parse for readers without considerable background on the topics, Gaboury’s chapter about model objects stands out by diving into the history of standardization in computer graphics. Gaboury traces the history of the Utah teapot — a model developed in 1974 by Martin Newell — the standard object that he notes is the most rendered object in the history of computer graphics. This has made the teapot a standard in computer science the way Drosophila fruit flies are model organisms in genetics laboratories. “The teapot is in this sense the principal historical object of modern computer graphics,” Gaboury writes, “at once everything and nothing, a thing both entirely unremarkable and the most famous object in the history of the field.” 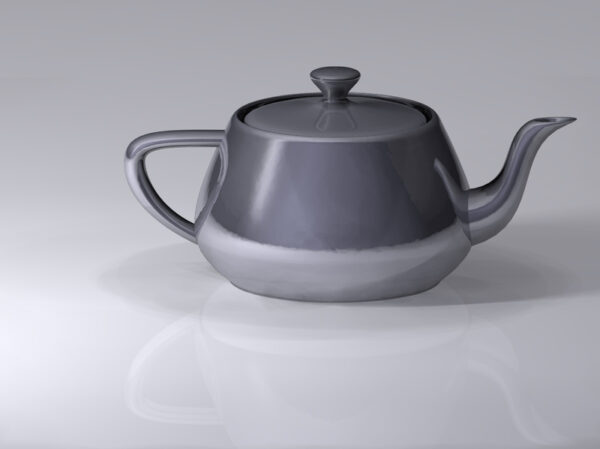 Image Objects offers the idea that the history of computer graphics is built up layer upon layer over time — object on object — like a cultural stratigraphy. (Calling early computer work “prehistory” is, itself, a bold move, but one that is, perhaps, in keeping with recent trends in media studies research.) And while traditional prehistory and archaeology focuses on understanding change over time via material culture, Gaboury’s work reminds readers that computer graphics live in an engineered ecosystem of hardware, software, and human judgement that rapidly evolves, quickly making the “material culture” of computer graphics obsolete. (For example, it’s practically impossible to “see” the Utah teapot the way that researchers saw, created, and experienced it in the 1970s, in no small part because the specific technology of different screen displays has gone extinct in the ensuing decades.)

In a book about rendered images and image objects, it’s the author’s use of carefully curated and chosen archival photographs that really stands out to the reader. For example, in the book’s introduction there is one of computer scientist Ivan Sutherland’s students marking and measuring his wife Marsha’s physical, tangible, VW Beetle for digitization in 1972. In the chapter on object standardization, Gaboury includes a 1960s image from the Boeing Company’s archives showing an engineer crouched on a large table drafting a diagram using spline and spline ducks, an analog technique for drawing curves. Early 1970s photographs of women building circuits and other hardware in the clean room of the Evan and Sutherland Computer Corporation emphasize the labor, skill, and expertise that underscores the existence of hardware (and soon-to-be-extinct hardware, at that). The photographs emphasize that each of these digital objects started with a very real life in the physical realm.

We live in a world that is mediated through computer graphics. (“Whether captured with a digital camera designed and rendered using 3D interactive software, or simply displayed on the pixelated grid of a computer screen, almost all images we view, make, and interact with on a daily basis are shaped by computation,” Gaboury argues.) Indeed, by way of example, Gaboury points out in the book’s coda that over 75 percent of IKEA’s annual catalog is composed of fully computer generated objects, including the office, kitchen, and bedroom scenes where (consumable) objects are carefully placed. Gaboury argues that the rendering — the imagining, the imaging — of space in the digital realm impacts our experience of space in the real, material world. The interplay between digital and analog spaces makes the history of computer graphics a unique blend of twentieth-century engineering and art.

Jacob Gaboury’s Image Objects: An Archaeology of Computer Graphics was released in August of 2021 and is available here.

Dream of a World with Junk Windows: Ursula...