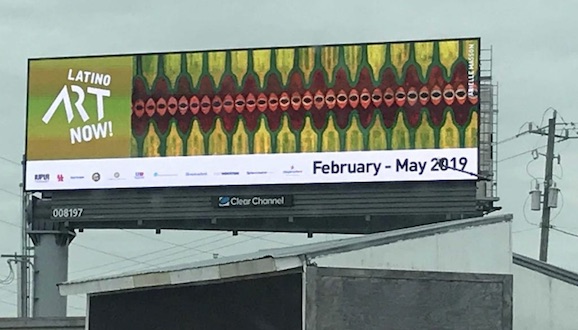 A new Houston-area organization, Advocates of a Latino Museum of Cultural and Visual Arts & Archive Complex in Houston, Harris County (ALMAAHH), is dedicated to the creation of a cultural and visual arts center that will “showcase, preserve, and expand Latino arts.” As part of ALMAAHH’s endeavors, the organization will host a kick-off event to raise funds for a future Latino Cultural & Visual Arts Center. As written by Houston artist Henry Sanchez in Glasstire in 2019, “Houston does not have an art museum or institution dedicated to our culture, despite the fact that our peoples make up 45% of Houston/Harris County region’s population.” (Here is his essay in Spanish.) The ALMAAHH initiative to create such a space has already received $40,000 in seed money from Houston Council Member Karla Cisneros.

The outdoor event will take place 7 PM on Tuesday, October 12th at the Houston Botanic Garden. (The event is not open to the public, but all media are invited to attend.) More about ALMAAHH’s proposed cultural and visual arts center:

Highlights of the event include: a mural by Latin American Women Artists of Houston (LAWAH); a cultural presentation led by tenor Jorge Garza; dance by Calmecac Indigenous Organization; and a spoken word performance by poet Jasminne Mendez. Guests will have an opportunity to learn about the future arts center as well as learn about other ongoing campaign initiatives like Cien Latinos por la Cultura (donors will be spotlighted at the event). Prominent guests include Houston Mayor Sylvester Turner, artist and ALMAAHH Board Chair Geraldina Interiano Wise, East End District representative Veronica Chapa Gorczynski, and Co-Chairs Wendy Montoya Cloonan and Paula Mendoza.

For more information, to donate, or to volunteer with ALMAAHH, please visit its website here.