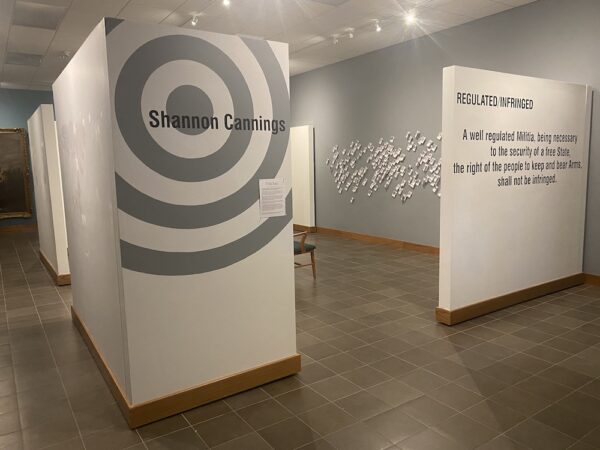 Shannon Cannings has a new body of work at the South Plains College Fine Arts Main Gallery in Levelland, Texas. The work in REGULATED/INFRINGED sits between four white corner walls, surrounded by the permanent collection set upon dark blue walls. The show greets you with a large grey-scale target painted directly on one of the white walls as you enter the gallery, with this text across the other wall at the entryway:

REGULATED/INFRINGED
A well regulated Militia, being necessary
to the security of a free State
the right of the people to keep and bear Arms,
shall not be infringed.

At first it seems Cannings is taking a more directly political approach in this series, quoting the Second Amendment and all. By confronting the viewer with this text before they can consider her drawings, prints, and zines on the other side of the wall, Cannings presents us with the tricky verbal acrobatics that dictate much of our political moment. Beyond this significant step, much of the work takes on different mediums and styles than her usual hyper-real, candy-gloss, large oil paintings of toy guns.  All of the work in REGULATED/INFRINGED is small, unframed and without traditional accoutrement. While Cannings takes a risk by relying less on her prowess as a representational painter, the optics are still masterful. 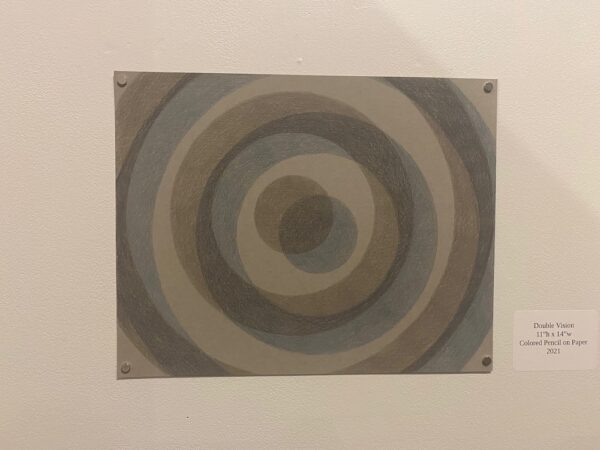 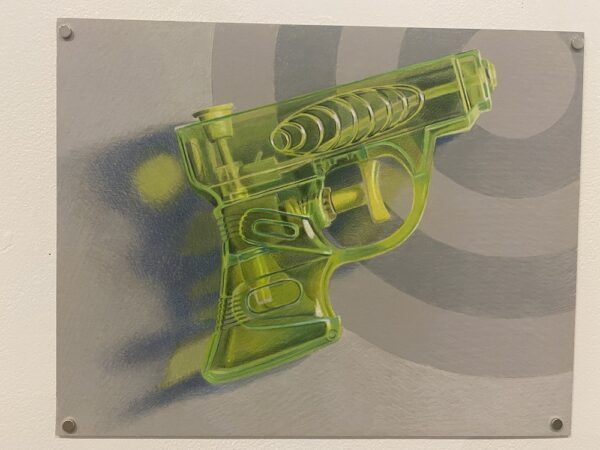 Take Double Vision, an 11 x 14-inch color pencil drawing of overlapping targets on drab gray paper. There is a hypnotic push and pull of the blue and grey circles — moments where the circles become each other’s drop shadows, then suddenly spring back into flatness. The piece is attention-grabbing and bleak, as it should be. Its wall-mate, forming a sort of diptych, is Cosmic, a grayscale (with a bit of blue) drawing of the same size of a clear, plastic, cosmic toy ray-gun. Here even the shadows and reflected light are impressive testaments to the artist’s powers of observation. 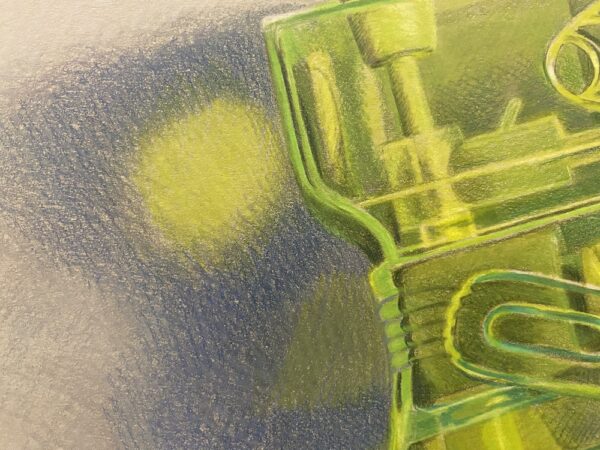 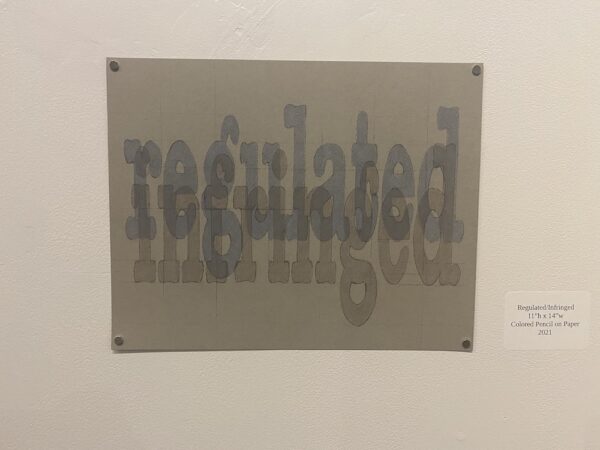 It is precisely Cannings’ empathy and continued focus on the issue of gun culture in America, and exacting powers of observation, that seem to propel this new, angrier, more muddled work. I say angry, because this work feels immediate, desperate, even resigned. I get it. I’m angry, too, as I listen to my kindergartner describe her school’s active-shooter drills to me at breakfast one morning. Of course, she doesn’t quite know what she’s describing, as she calls it “wolf, shepherd, sheep” drills, in which she and her fellow five-year olds are meant to, if worse comes to worst, throw their fucking shoes at a shooter. Meanwhile we have the political posturing and bluster (and insanity) of Alex Jones lovers and Sandy Hook deniers, harassing families that lost their babies in just such an event. I think about the little six-year old who played dead in the bathroom and  survived. My fuses blow. 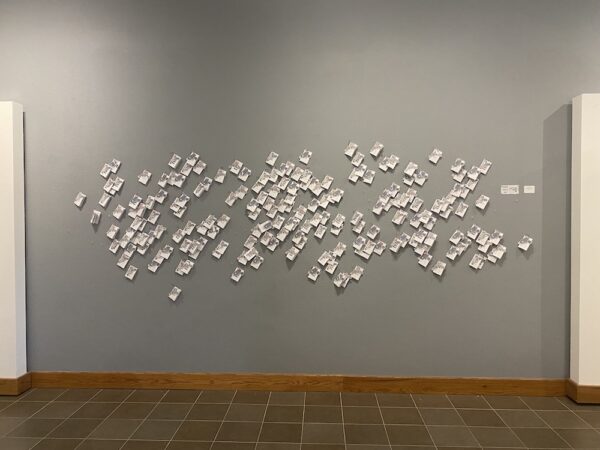 The scattershot pattern of zine pamphlets tacked to the wall offer some insight to Canning’s overt frustration. One, titled “Guns and Kids,” states that guns killed twice as many children under five as they did law enforcement officers in the line of duty. It also states that studies have found a much larger correlation between spanking and aggression than violent TV or toy gunplay and aggression. Cannings wants us to see the acutely American problem of guns, our larger “cowboy culture” of hyper-masculinity and aggression (…plus the fact that 4.6 million children live with unlocked, loaded guns). Other zines on the wall mimic double-vision target regulation and infringement ideas via overlapping words (good, bad, guy) and targets. Cannings’ work continues to get at the relationship between violent culture and childhood. On one wall, color pencil-drawn guns face each other: one looks real, and one is made of Legos, with the words “it’s just a toy” across the page. 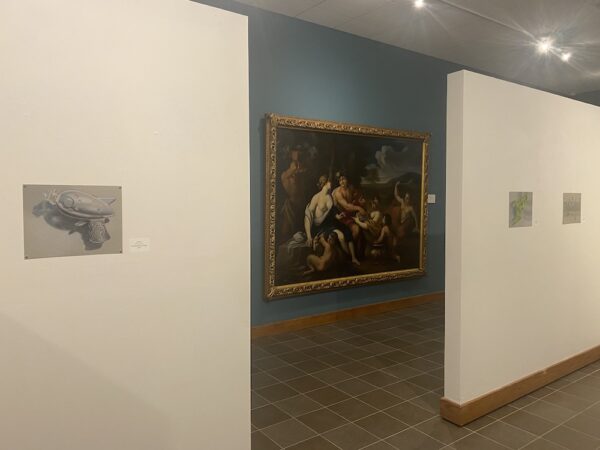 There is something about this show being surrounded by traditional, gold-framed, Euro-centric landscape and portrait paintings that increases the pitch of Cannings’ work. The target of ire or solution, from any side of the political arena, continues to shift. Our bullhorn of social media screeching and impassioned meme rebuttals fail to do anything other than increase the social blood pressure. If only we could focus on our overlap, no matter how thin, and move forward, beyond the impasse.

Double Trouble: An Interview with Shannon and William...