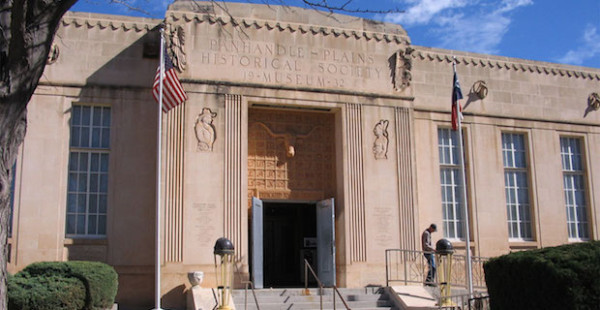 The Panhandle-Plains Historical Museum (located in Canyon, Texas) has announced the appointment of Deana Lowe Craighead as the museum’s new Curator of Art. Craighead is the former Curator of Education at the Amarillo Museum of Art (AMoA).

As Curator of Art at the Panhandle-Plains Historical Museum (PPHM), Craighead invites the public to attend Southwest Abstractions of Emil Bisttram, a joint exhibition with West Texas A&M University (WTAMU) featuring the artist’s late-career paintings, which opens on September 21. Exhibition curators and WTAMU Professors Amy Von Lintel (Art History) and Jon Revett (Art Program Director and Painting/Drawing) have developed teaching curriculum around the exhibition, and the show will be exhibited with the resulting student work.

Craighead states: “While [the museum’s historic concentration of works] is still a primary focus, I hope this new exhibition illustrates a shift toward a more contemporary interpretation of the collection and its context throughout the region.”

“Emil Bisttram (1895-1976) was one of the leading painters in the Southwest during the twentieth century. He studied at the National Academy of Art and Design and Cooper Union during the period when New York was emerging as the center of the art world and modernism was reaching its ascendency; however, he moved to Taos permanently in 1931. With Raymond Jonson, an abstract painter living and working in Albuquerque, Bisttram founded the Transcendental Painting Group in 1938. Bisttram, Jonson, Agnes Pelton and fellow members believed that color and abstract forms had a universal essence that they explored in their work. Although Bisttram periodically continued to produce figurative paintings until his death in 1975, the majority of his works after World War II were non-objective abstractions inspired by his spiritual practices of meditation, Theosophy, and the hope of reaching higher planes of existence.”

Southwest Abstractions of Emil Bisttram will be drawn exclusively from an extensive collection of Bisttram paintings from the Ladd Family of Amarillo. This is the first time this group of works has been exhibited together in a museum or public setting.

Located on the campus of West Texas A&M University, the Panhandle-Plains Historical Museum is the largest history museum in Texas, with more than 285,000 square feet—and over two million artifacts—dedicated to preserving this area’s past. PPHM offers visitors a chance to step into panhandle history with special exhibits, a permanent collection, Pioneer Town, cell phone tours, educational tours and special events.