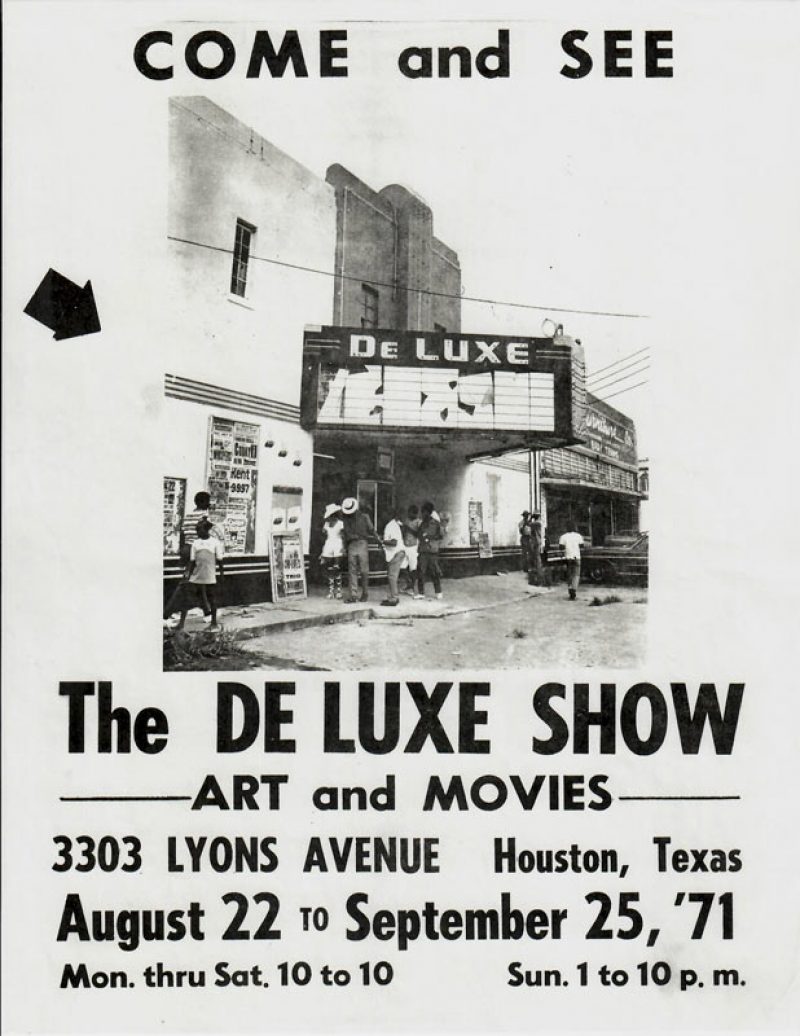 Houston Cinema Arts Society (HCAS) partners with the DeLuxe Theater and the 5th Ward Community Redevelopment Corporation to celebrate the 50th anniversary of the historic DeLuxe Art Show in Houston, which featured Black and white artists together for the first time in US history.

Schedule is as follows:

“Fox Rich is an entrepreneur, author, and mother of six who has spent the last 21 years fighting for the release of her husband, Rob, who is serving a 60-year sentence for an offense they both committed. Commanding observations are seamlessly woven with uninhibited family videos to craft a beautifully intimate family portrait that also reminds us of the systematic separation of African American families—first through enslavement and now through mass incarceration. Time poignantly confronts and challenges expectations—this is not a story of brokenness but one of enduring love.”

“The program will close out with a pre-recorded Q&A with directors Stefani Saintonge, Flash Gordon Parks, and Isaac Yowman, moderated by HCAS artistic director Jessica Green.”

“F*cked Like a Star is an experimental adaptation of an extract from Toni Morrison’s 1981 novel, Tar Baby; a story that explores sexual and racial tensions associated with an individual’s journey to autonomy. Focused on skillful traditional “woman’s work” – braiding, cooking, sewing, and shot through a macro lens, the audience is meant to see their work as an ant would, highlighting the majesty of what is normally thought of as mundane, repetitive labor.”

“Archie Bell is comprised of interviews conducted by Houston entrepreneur, DJ, and filmmaker Flash Gordon Parks with 5th Ward living legend Archie Bell of Archie Bell & the Drells. Songs from the Drells include the sublime 1968 track Tighten Up, one of the earliest funk hits in music history.”