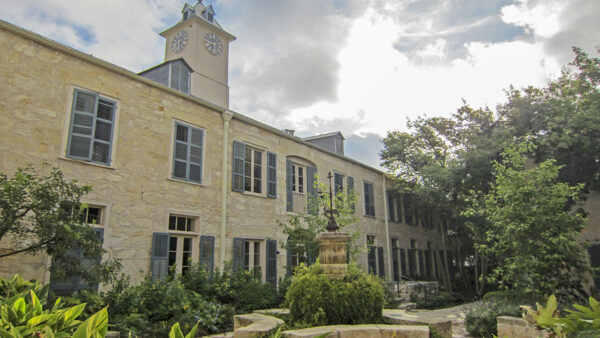 Southwest School of Art has operated independently since it was founded in 1965, occupying the site of the 19th-century Ursuline convent and academy on the bank of the San Antonio River. News of the merger came as a surprise to Southwest School of Art faculty, staff, and students, according to someone with close personal knowledge of the matter.

“This is a strategic opportunity for both institutions,” UTSA President Taylor Eighmy states in the Monday press release, adding: “San Antonio is the cultural heart of Texas and we are deeply committed to collectively ensuring that this new school is truly interdisciplinary and continues to be a catalyst, a protector and a voice for creative ideas, collaborations and energy.”

The merger will add “6.6 acres of historic structures and downtown properties” to UTSA’s real estate holdings, according to an op-ed by Robert Rivard, stalwart cheerleader of UTSA’s downtown expansion.

“For many years, UTSA and Southwest School of Art have benefited from a strong relationship and a variety of connections,” said Southwest School of Art President Paula Owen in the press release. “This new partnership responds to the societal need for creative problem solvers with multiple skills who readily adapt to the velocity of change in the 21st  century.”

The new art school will be situated at Southwest School of Art’s campus and organized under UTSA’s College of Liberal and Fine Arts, which will absorb Southwest School of Art’s long-running Bachelor of Fine Arts program. After an initial transitional phase, the press release states that a “second phase of an ongoing visioning process within the college will further refine the many opportunities to create a remarkable interdisciplinary school.”

In a FAQ sheet released along with the formal announcement, UTSA contextualizes the addition of Southwest School of Art’s campus as part of its larger commitment to developing downtown San Antonio “as an urban-serving institution,” citing the university’s School of Data Science and National Security Collaboration Center, slated to open in 2022, and “explorations around charting a new future for the Institute of Texan Cultures” as parallel efforts in the same vein.