I Think I Miss HEB

I am in New York. It is hot. I am staring across this borrowed apartment at a six-pack of HEB brand toilet paper. I bought it on my way out of Houston a few weeks ago, and it is the most Texan object in my vicinity. Seen from Queens, the HEB logo sends me into a reminiscence of my seven years as a Texas resident. I think it would be neat to figure out how my opinion of the place has changed with time. But this nostalgia is fleeting, as I am quickly hypnotized by the manic stares of two cartoon pandas printed on the TP’s plastic wrapping. In the illustration, it takes both of them to carry one Texas Size Mega Roll of the grocery retailer’s in-house bathroom tissue. I am transfixed, and must immediately spend some time with these bears. 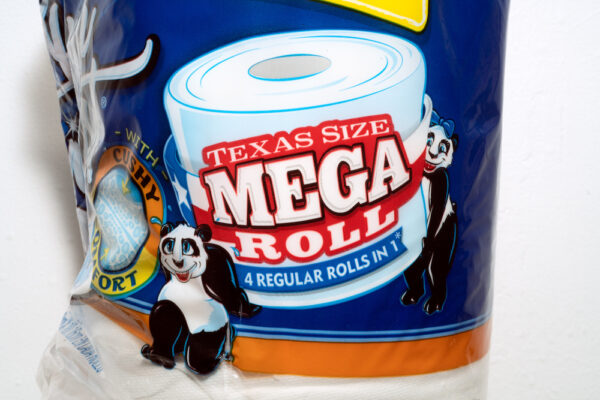 Store-brand is often about approximation — the Google image search for “generic cereal” is delightful and revelatory. Our HEB pandas are an obvious homage to the depraved brown bear family in Charmin advertisements. The ones who wipe. Those animations may themselves be derivatives of the three bears from the Goldilocks story, as they are only satisfied with a bathroom tissue that is neither too rough nor too weak to handle big bear mess. Sorry to be vulgar, but the ads are weirdly vivid. While other companies tiptoe around the practical issues of toilet paper by depicting babies or angel babies on their packaging, Charmin’s cartoon bears are hauntingly explicit in their TV spots. It is actually a somewhat common trope in advertising that the noble, fearsome bear equals gentleness; Charmin, the Snuggle teddy for laundry, Sleepytime tea. HEB, meanwhile, settled on the docile panda for their knockoff. Why? 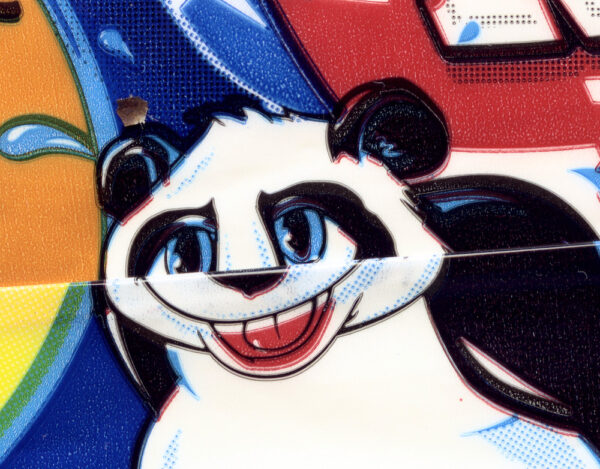 These pandas do not appear concerned with the utility of their cargo. They are happy, and struggling, because the toilet paper is big. Of course, pandas are not particularly mighty. Could an HEB grizzly toss three of these same rolls over his shoulder and saunter off alone, thereby lessening the impact of the package design? Or was he simply too close to Charmin’s intellectual property to show up here? One cannot know. One must evaluate the pandas for themselves, solely based on the information at hand. 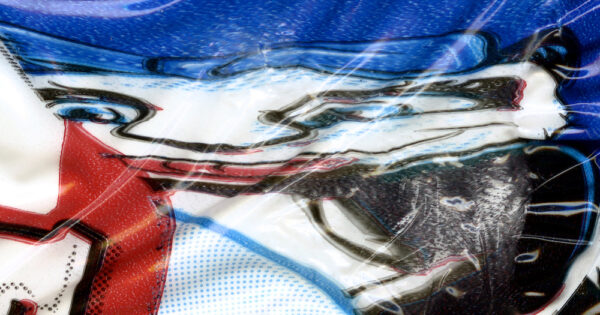 Two bears. One in front, one in back. Assuming traditional gender presentation, which is what I guess HEB wants us to do here, Front Bear is a boy and Back Bear is a girl. For she has a bow on her head, and he has nothing. They both have the toilet paper. No child bear, like the one in Charmin ads, is present. Through this exclusion, HEB suggests that their affordable product is well-suited to childless consumers. This sets it in contrast not only to vile Charmin, but to the other leading national brands with their alienating, baby-laden packaging as well. It worked on me. 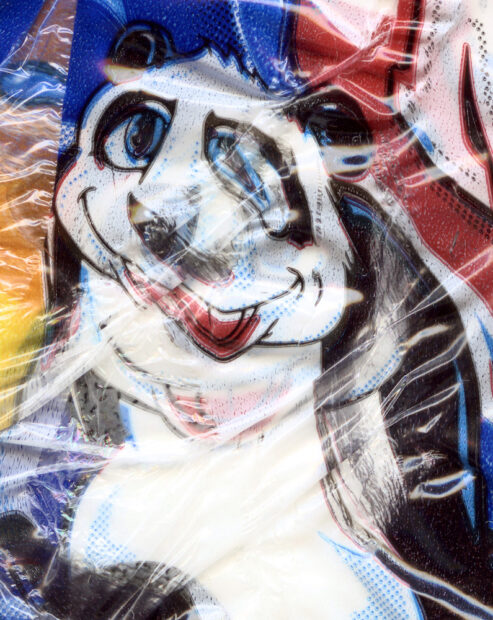 A closer examination reveals four beads of sweat spurting from the brow of Front Bear. His eyes roll back in his head. He is having a hard time carrying the roll. While he and Back Bear share similar ecstatic grins, he alone feels the strain of their task. Back Bear must be very strong. Still, she should consider a rest for the sake of Front Bear. He looks unwell yet still he beams, for he understands how important it is to move the big roll.

The average adult giant panda is roughly five feet in length, which means this toilet paper may be over six feet tall. But these could also be three-inch-tall, panda-shaped, tissue-thieving goblins who nabbed a very normal bathroom item from some unwitting Texan. Perhaps understanding what the pandas mean to do with their toilet paper may lead to a better sense of their identities, their scale. 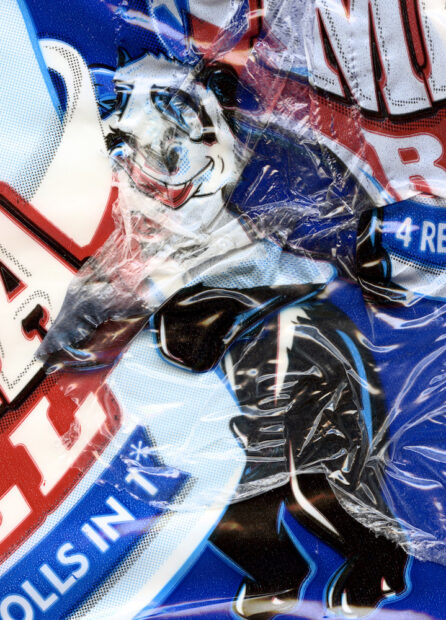 One guess is that they mean to live in it. The giant panda prefers to sleep out in the elements on the damp floors of southwest China’s mountainous bamboo forests. Even a huge and extra-absorbent roll of toilet paper would quickly decompose in such an environment. Goblins, meanwhile, live in caves. There are caves in Texas, many of which would fit a Texas-Size Mega Roll (4” tall with a 2.5” radius). Caves are made of hard rock, so the Cushy Comfort of HEB toilet paper would provide some nice padding for a restful goblin. Yet it is a stretch to assume goblins desire anything soft in their lives. With that in mind, these are more likely regular pandas who are burdened by a massive roll of toilet paper. They probably reside in a zoo.

The zoo has commissioned a Claes Oldenburg sculpture, and the pandas are helping because they are nice. 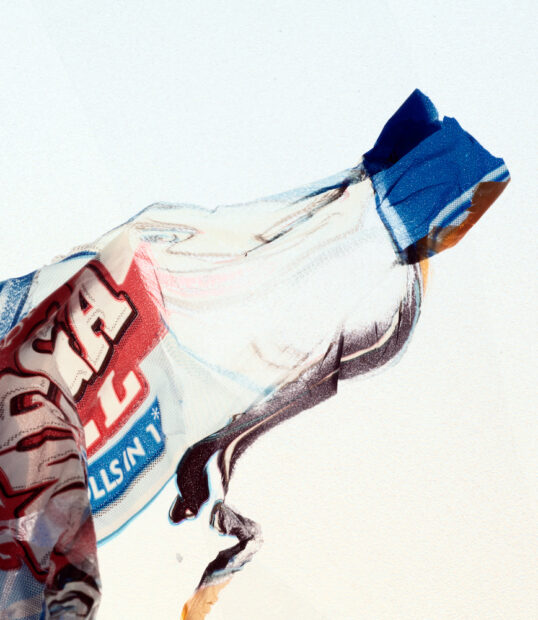 In reality the roll is big because HEB is big, because Texas is big, because the cliche about Texas being big is maybe the biggest of all. But also the roll is just the same size as any other big roll. Everything’s bigger everywhere. All brands give you four regular rolls in one, even the deviants at Charmin. What makes the pandas special is the earnestness with which they and HEB portray the idea of big. It’s the main feature. Toilet paper’s function is obvious. Its size? Hoo boy! Too big to fit on the wall for the first few flushes, in this case. The pandas really sell it, and for that they too deserve to be big. Foregoing that, they at least deserve the same treatment as some other large animal. King Kong comes to mind. Far from home, that ape boldly climbed the Empire State Building. For love. This is also why I have come to New York, and why I taped the HEB toilet paper pandas to the side of that same building. Love. 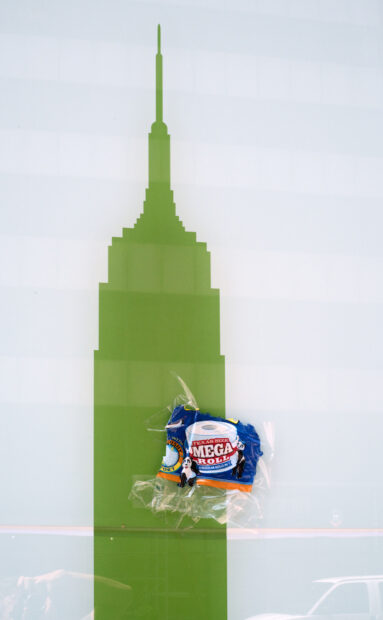 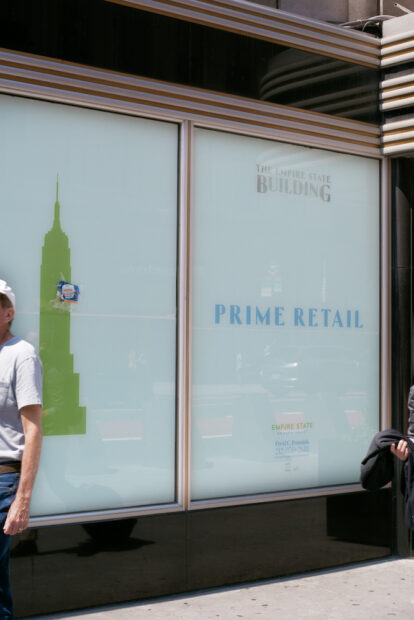 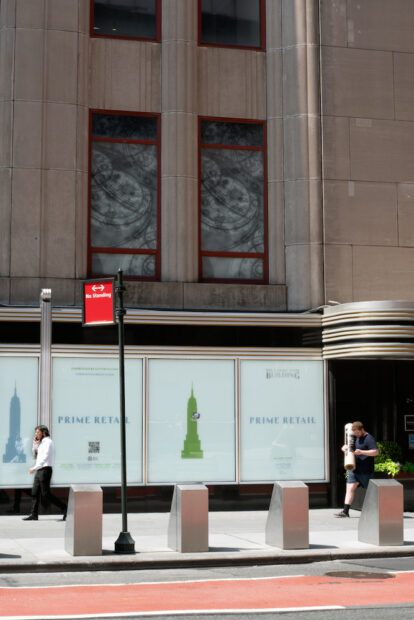 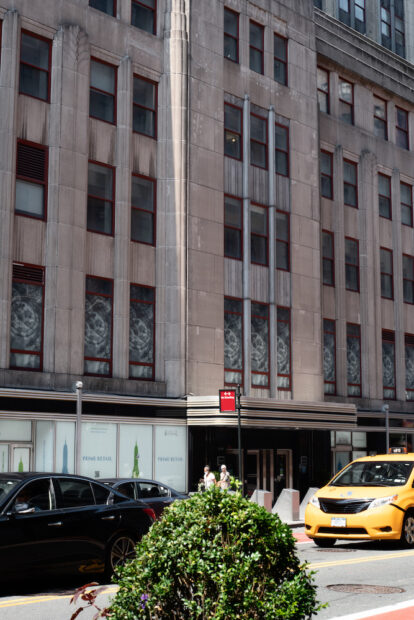 Omg!! What a great Read! As I drive around Texas, Scavaging for Art supplies and Simultaneously DoorDashing , I realize this Myth of Texas, is as giant as its own Expanses.

This made my day! Love the critical examination of Texas, branding and pandas

Since moving from San Antonio to Connecticut(the suburbs of NYC), I’ve come to really understand the loss of an Heb nearby.

This is the kind of art review (here, of HEB’s work) that I love.