While visiting a fellow Texan who is now relocated to the foothills of Western Massachusetts, I took my camera and sought out art in the galleries, museums and alternative spaces of the region; it hosts plenty of universities, museums, and non-traditional spaces. 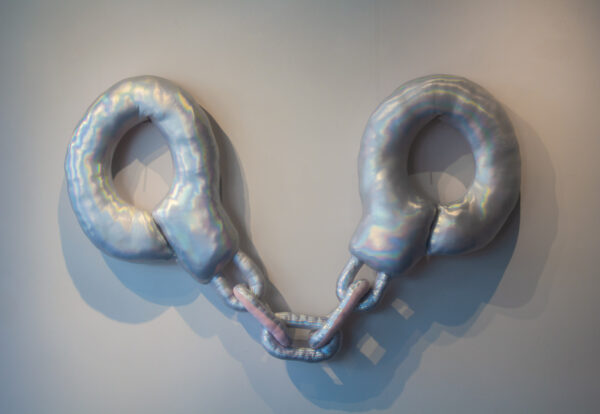 Available Potential Enterprises (APE) Gallery in downtown Northampton is a community space that hosts exhibitions, readings, and other culture programming for artists of all disciplines. During the summer, the gallery holds an annual showcase of Northampton High School alumni in recognition of the contributions of NHS Honors Art teacher Lisa Leary. I was taken by the puffy handcuff sculpture by Naomi Brenneck. Usable as a pillow, a wearable sculpture, or a wall hanging, the shiny restraints beg to be touched. 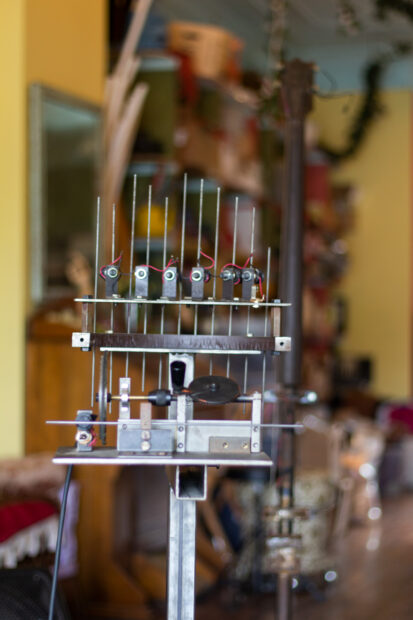 Percussion intstrument by Andrew Thurlow, on view at Looky Here in Greenfield, Massachusetts 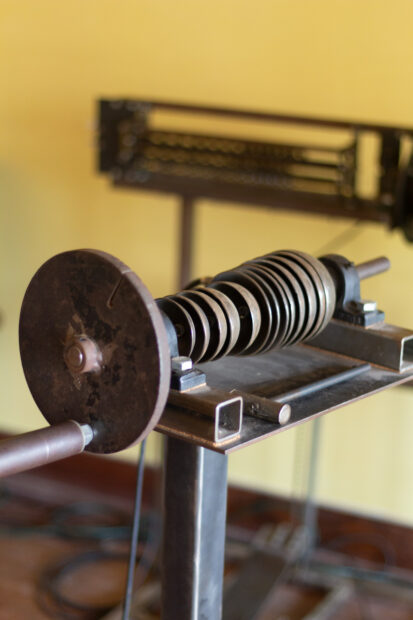 Looky Here, a workspace in Greenfield, prides itself as a “multi-functional art space.” The small storefront is mostly occupied with loosely organized art materials which are available for purchase at a deep discount. There’s also a risograph duplicator which can be booked for printing small runs of artwork and posters, which are for sale in the shop. There’s an exhibition on view as well: Anarchestra by Andrew Thurlow of Tuscon is a collection of electro-acoustic instruments, designed to be playable by anyone. Especially interesting is the playable singing bowl, which stands out amongst the string and percussion pieces. 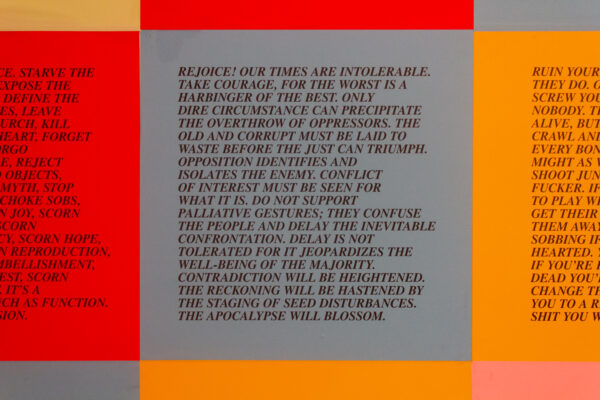 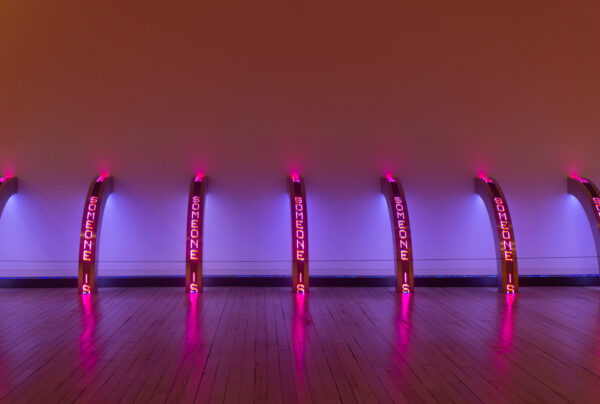 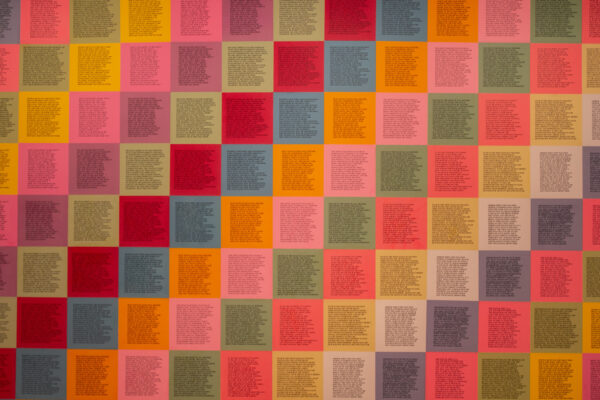 Currently on view at MASS MoCA in North Adams is a survey of Jenny Holtzer’s works, arranged with acknowledgment of how the surface of the material informs the text. Inflammatory Essays (1979-82) is installed in a cascade of soft hues, which dampen the intensity of her text. Ribs (2010) and Barricade (2004) line the floor of the same gallery, glowing in cautionary repose. 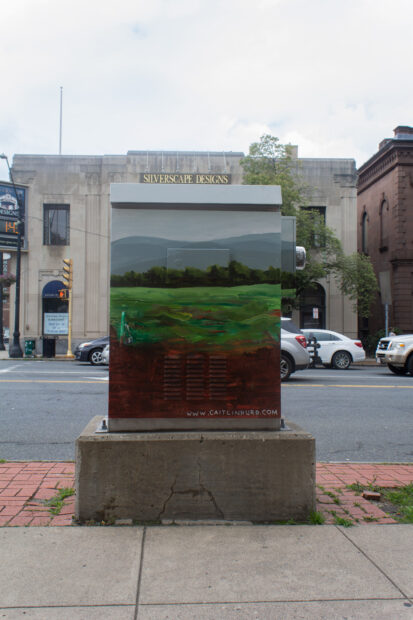 And, of course, there are electrical boxes.