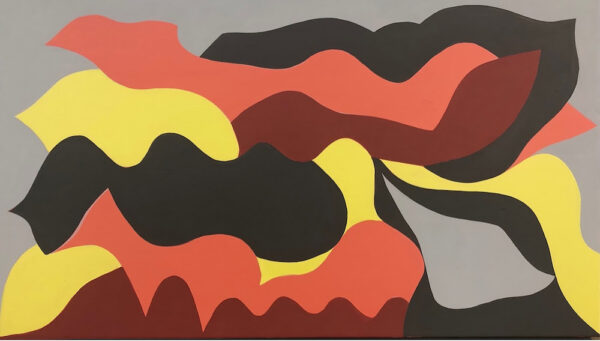 “An exhibition spotlighting the work of four cutting-edge Texas artists that are now emerging on the local art scene. Touchingly relatable and achingly personal, these local talents are inspired by their everyday environment, finding common ground through the use of household materials that are rich with texture and a lexicon of camouflage patterns. 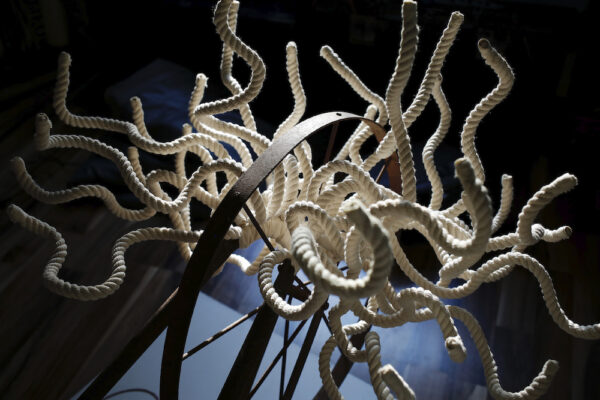 “Esparza examines the lesser-known history of Mexican and Tejano cotton labor in South Texas. This new body of work expands into sculptural objects that combine the cotton fiber with vintage tools resulting in coexistence between two parts of the same story. This concurrence is a deconstruction of labor and discovering what can grow out of an excruciating experience over generations—inspired by a grouping of old tools that the artists’ great-grandparents used.” 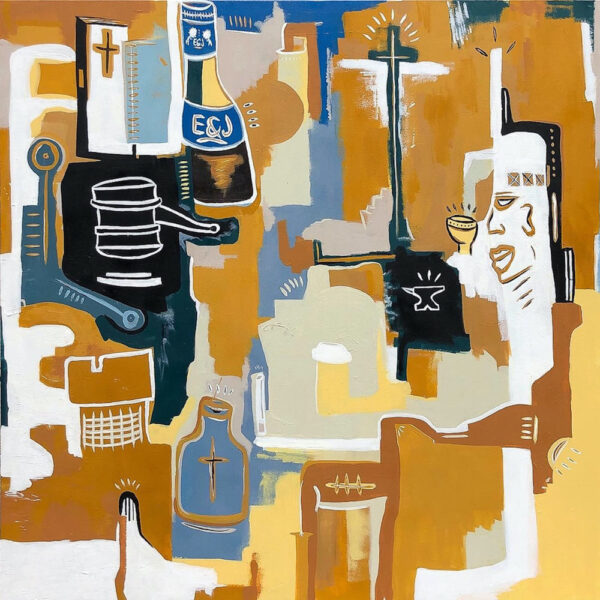 “ArtUs Co presents Jacob Guzman in a solo exhibition featuring 17 large-scale paintings by the emerging abstract artist. Guzman uses symbolism and abstracted portraiture in his paintings to visualize the emotional struggles and trauma he deals with in his daily life.

“Jacob Guzman (@marsboxx) was born in 1994 in Austin, TX. He is self-taught and has been working with various mediums since an early age. Having an off and on love for art, he always found himself coming back to it and creating. His first endeavors into selling his artwork were small note cards he sold to classmates in early grade school. Guzman has been featured in exhibitions in Austin and New York City, as well as various digital exhibitions. Recently, he put his focus on exposure and taking on his artistry full-time. Guzman depicts aspects of his daily life in his work, as well as past or current experiences, trauma and emotional struggles. He currently lives and works out of Austin, TX.” 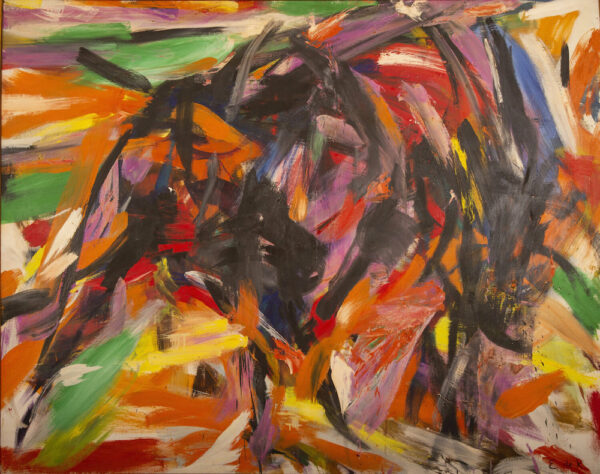 From the Amarillo Museum of Art:

“The Amarillo Museum of Art presents Women of Abstract Expressionism in the American West. Artworks by a number of important artists, including Elaine de Kooning, Louise Nevelson, Jeanne Reynal, and Jane Wilson, among others, will be included in this exhibition. These women were an important part of the Abstract Expressionist movement during the post-WWII era in New York City. The Abstract Expressionists embraced a dynamic and gestural application of paint as well as more contemplative, nonrepresentational fields of color. Several of the artists featured in this exhibition visited the Texas panhandle region on multiple occasions to conduct workshops, lectures, and exhibitions organized by the gallerist, teacher, patron, and artist Dord Fitz. Artworks from the AMoA’s permanent collection as well as artworks on loan from private collections in the region will be on view. This exhibition coincides with new research and a forthcoming book by Dr. Amy Von Lintel and Dr. Bonnie Roos, Three Women Artists: Expanding Abstract Expressionism in the American West.” 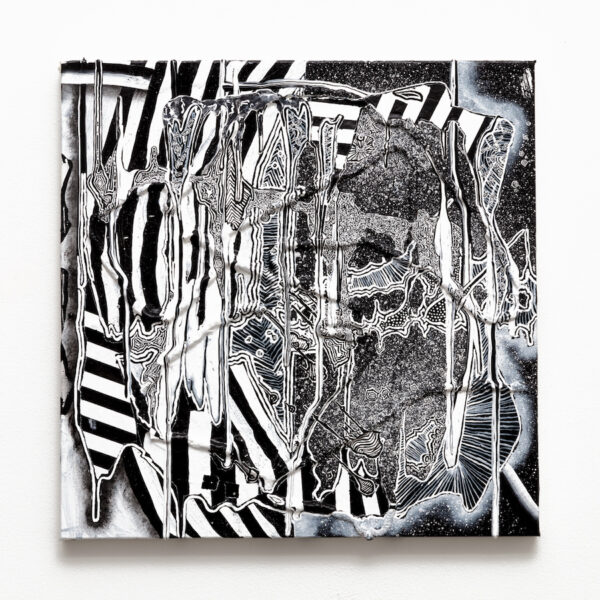 “This is Charles’ third solo exhibition at the gallery. After his previous studio-clearing exhibition, Steven Charles presents a new body of paintings, rendered in black and white. The artist challenged himself to paint without color and without the use of familiar tools, developing new ways of working that called into question his own preconceived artistic ideas.

“Charles is restless in his approach to art-making. Following the Jasper Johns adage, ‘Take an object. Do something to it. Do something else to it,’ the artist returns to a single painting again and again, working across multiple paintings at a time. As a result, the paintings bleed into each other; a problem arising in one may serve as the solution in another, and vice versa.

“Clearing in the Forest derives its name from a painting by Paul Klee, one of the artist’s many inspirations. But viewers are as likely to find connections to Klee as they are to comic books, punk rock, and contemporary literature. A self- described ‘satellite dish,’ Charles is receptive and responsive to input. As a result his works are frenetic, but familiar; content to hover on the brink of total perception. Steven Charles was born in Birkenhead, England and grew up in Bedford, Texas. He received an MFA from The Tyler School of Art (1996) and BFA from the University of North Texas (1994). Charles received a Pollock-Krasner Foundation Grant and an Artist’s Fellowship from The New York Foundation for the Arts. He has shown nationally and internationally. His work has been reviewed in publications such as Art in America, The New York Times, The Wall Street Journal, and Vice.”

These top five art events for the week look like must see. Question – who is the artist of the top image in the article for the Anya Trish Gallery? Is that a Doug Welsh painting?
Thanks!