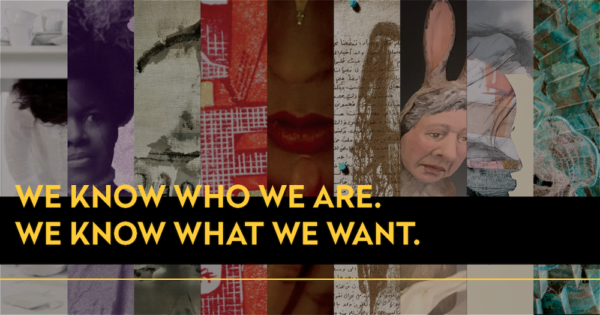 “Artists include Nida Bangash, Lauren Cross, Rehad El Sadek, Angela Faz, Pallavi Govindnathan, Lahib Jaddo, Pat Johnson, Lovie Olivia, and Naomi Wanjiku Gakunga. We Know Who We Are. We Know What We Want. is the inaugural exhibition at the new home of Women & Their Work featuring nine artists, curated by Vicki Meek.

“As women and nonbinary artists march into the 21st Century, there are a myriad of possibilities regarding our placement in the annals of world history. We have seen promising movement forward while simultaneously watching that forward movement slip away in bits and pieces, both nationally and internationally. The proverbial two steps forward only to be knocked back four steps is an ever-present reality. The battle for equal rights seems never-ending.” 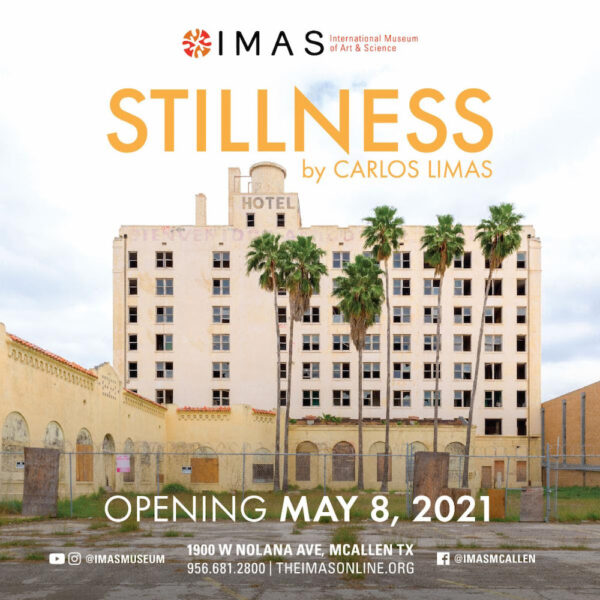 Via IMAS and the artist:

“’This series is about my need to document commonly unnoticed urban and rural structures in and around the Rio Grande Valley in South Texas,’ states Limas, who teaches Digital Photography at the UTRGV School of Art. ‘Through these images, I reflect not only on the architectural attributes of many abandoned houses and commercial buildings and their own unique esthetic but also on what they represent to me as a visual artist while I contemplate their stoic presence.’

“Carlos Limas, born in Matamoros, Mexico (b.1970) holds an MFA from the University of Texas Rio Grande Valley in Edinburg, a BA in graphic design from the Instituto Profesional de Arte y Diseño in Monterrey, México, and a second BA in Studio Art at l’Académie Royale des Beaux-Arts de Bruxelles in Belgium. He also completed a residency at the Accademia di Brera in Milan, Italy, with Arte Povera artists Luciano Fabro and Diego Esposito. As a multidisciplinary artist, Limas works in painting, video installation, photography, and graphic design. Limas has exhibited in group and solo art exhibitions in México, Belgium, the US, Slovakia, Italy, France, China, and Bolivia. He has served as the Director of the School of Arts Escuela Adolfo Prieto at CONARTE in Monterrey, Mexico creating multiple projects for the art community.

“At UTRGV, Limas worked as a gallery assistant at the Permanent Collection Department; he also served as the official photographer of the FOLD Art, Practice & Metaphor exhibition at three venues, including the IMAS Museum in McAllen, Texas. Limas is currently teaching Digital Photography at the UTRGV School of Art, and he is the Chief Coordinator of Media and Graphic Design at the Center for Latin American Arts of the same institution covering events in México, Perú, and the United States.” 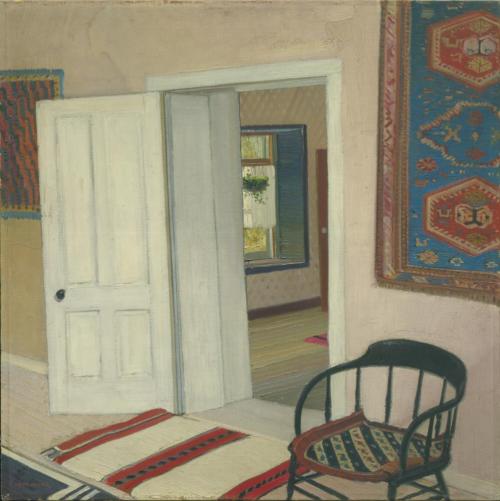 “The West is Wild, and yet the West is Home. The region that suggests wilderness also evokes warmth and comfort. This exhibition explores how artists portray the West as home. The word ‘home’ can have many meanings. It can signify the land itself. Home can be a particular shelter. The interior space of a shelter with personal and shared objects can define home. Finally, home can be people, both family and the larger community.

“In our current time dealing with a pandemic, many people spend more time at home. Reflecting on what the concept has meant for others can help us to refine what home means to us today.”

“Texas Gallery is pleased to announce an exhibition of works by Rackstraw Downes painted in and around Marfa and Presidio, TX. Encompassing the artist’s annual winter sojourns in Marfa and Presidio from 1999 to 2016, this exhibition presents works that have not been previously seen in Texas. Spending up to six months yearly in residence in West Texas, first, with a studio in Marfa at the Chinati Foundation and then, a studio in Presidio, Downes worked every day on site, choosing particular views of the vast landscape or localized defined public spaces of a smaller scale. At times, paintings took more than one year to complete with additional finishing in his New York studio.

“Texas Gallery’s first exhibition of work by Rackstraw Downes was in 1987, consisting of drawings made while wintering in Galveston. In 1998, Fredericka Hunter suggested he might consider working in Marfa after he had made an initial visit there. He was a resident artist at Chinati for two winters. In 2002, Downes returned to West Texas where he established a studio in Presidio, TX, to which he returned annually for fourteen years.” 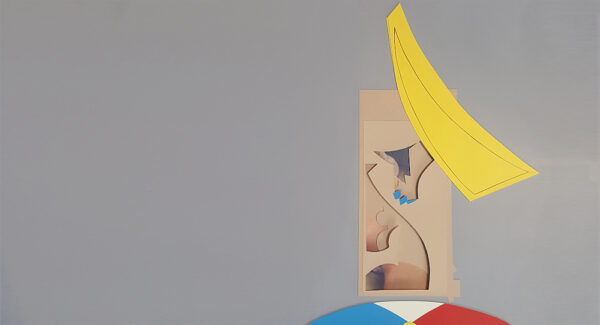 “Matthew Wood is a Dallas-based artist who has recently relocated back to DFW after two decades of bouncing between New York City and Los Angeles. His Biomorphagrams explore the concepts of contemporary figurative abstraction and beg the question, ‘What makes a painting a painting?’ This is Wood’s first major exhibition in DFW and second solo exhibition to date.”