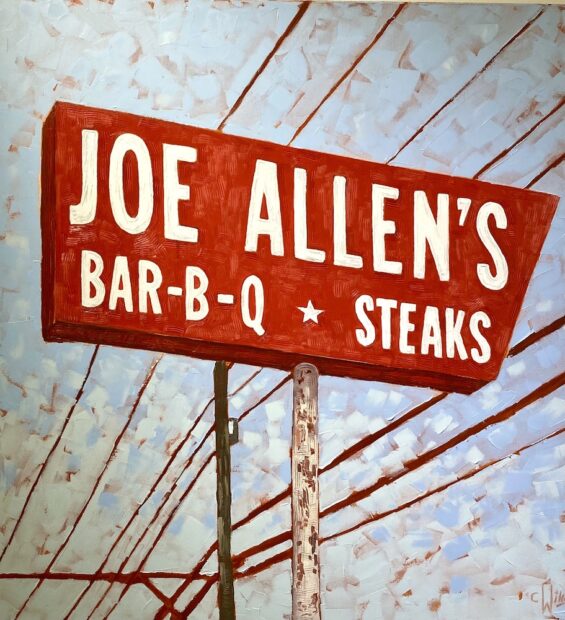 When George Hamilton IV sang these words for the 1963 film Hootenanny Hoot, it was the virtues of Abilene, Kansas, not Texas, that he was eulogizing. But when Littlefield native Waylon Jennings re-recorded the song a year later, in 1964, surely it was Abilene, Texas that was on his mind, whether or not he told anyone so. Texas’s Abilene is the subject of Cliff Wilke’s exhibition My Abilene, on view at the city’s Center for Contemporary Arts through July 24. The exhibition is a love letter to his hometown, and Wilke’s Abilene is steeped in its own “Key City” lore, defined by its distinctive haunts and habitués. 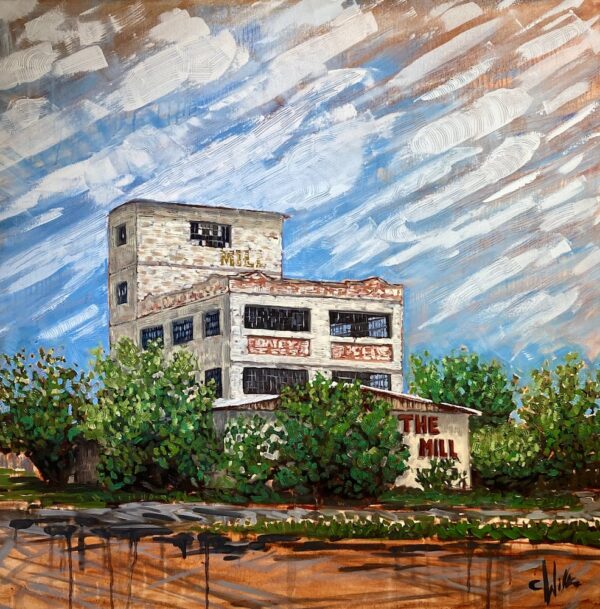 Not So Run of the Mill, by Cliff Wilke 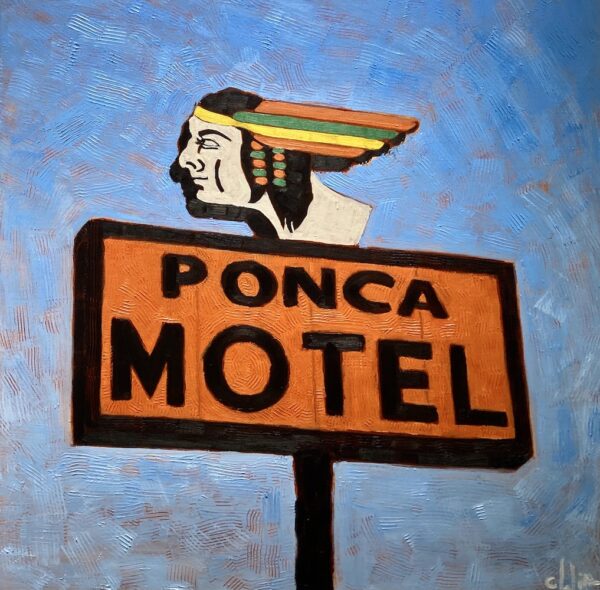 Cliff Wilke — who, in addition to artist, includes educator and illustrator of The Adventures of Wilder Good (S. J. Dahlstrom) children’s book series among his job titles — approaches his work as the story of a place, pointing to the town’s own designation as the Storybook Capital of Texas. He admits that his paintings, as a narrative specific to Abilene, may connect most to an audience who hails from there. His work encompasses the town’s past, present, and future — things gone, things that never change, and new things that are “growing and developing.” 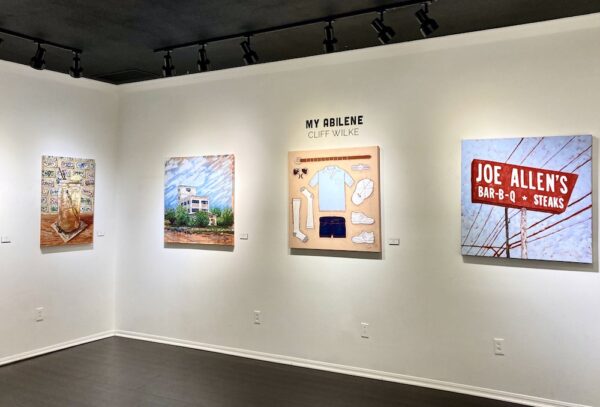 Installation view of Cliff Wilke’s solo exhibition “My Abilene,” on view at Abilene’s Center for Contemporary Arts through July 24, 2021

In viewing the exhibit, I mentally divided the paintings into three categories: places, people, and “leftovers.” Wilke’s past-present-future Abilene story is represented within each of these groupings. There are references to places now gone (Mr. G’s Burgers) and to those that endure (Joe Allen’s and the Ponca Motel). Likewise, there are tributes to the city’s local legends. Some of these, like Terry Berry — who always wore a “uniform” of short shorts, cap, tube socks, and sneakers — now live only in Abilene’s collective memory. Berry, who walked everywhere he went, died tragically in 2006, when he was hit by a train while jogging the tracks. Others of Wilke’s paintings allude to individuals who still contribute to everyday life, like famed Sam’s Club greeter Lina Musgrave. These folks, by the fact of their very being, are woven into the warp and weft that form the fabric of Abilene itself. 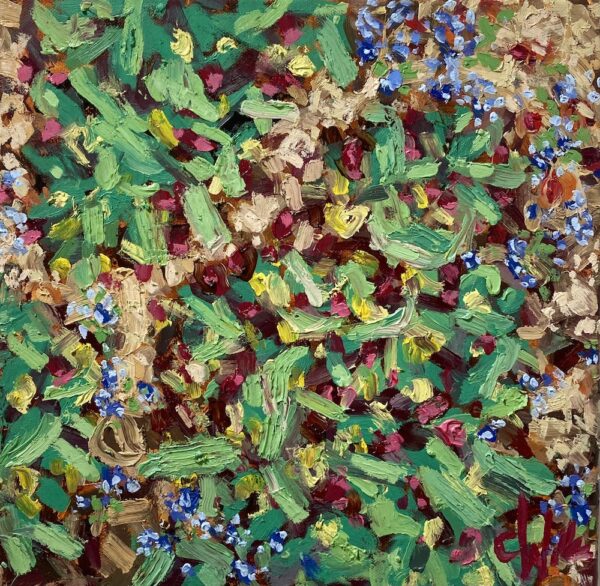 Cactus from Above, by Cliff Wilke

At first glance, the abstract paintings termed “leftovers” appear incongruous to the rest of the works in the show; but in process, they provide a thematic underpinning that is Wilke’s overarching premise: building something new using whatever resources are at hand. These paintings, like Wildflower Leftover Aerial and Cactus from Above, are made using the paint “left over” on the palette after another work is finished. It is within this series, too, that Wilke’s identity as educator is apparent. In a statement on “leftovers,” he explains that he tells his students, many of whom may come from difficult home environments: “Let your current situation, or past, educate you in some unique way. When challenges arise, take a moment to consider your options … How can I use what has been dealt to me to create something beautiful?”

It is this grit, this stick-to-itiveness, that has perhaps typified hardscrabble Texas cities such as Abilene. Many of its young residents — like Wilke — having moved away, are finding their paths back home. Now they are opening micro-breweries, cafes, and events centers; they are making music and working as artists. As in Wilke’s “leftovers” series, they are taking what their hometown offers them and building for its future. It is, as the downtown mural at Cal Mishay Art on Pine Street declares, in hometown musician Aaron Watson’s words: “Everybody dreams about what we’ve found — a big love in a small town.”

I love Joe Allens BBQ! Have eaten there a few times over the years.