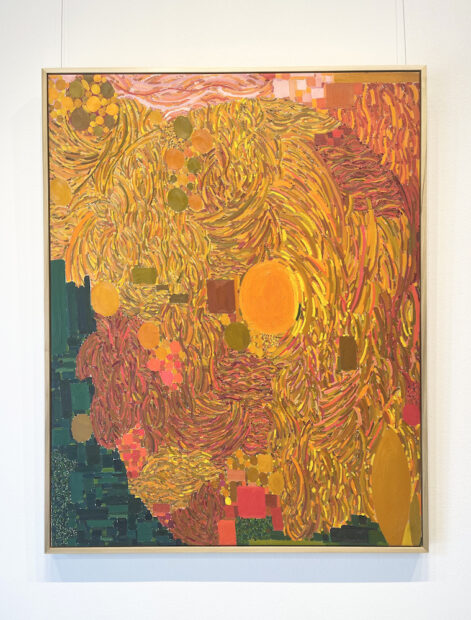 Explosions of Color, Dimensions of Sound at Jody Klotz

I was in Abilene a few weeks back viewing Sherry Owen’s exhibition at the Grace Museum for an upcoming profile/interview of her for Glasstire, and had the opportunity to visit Jody Klotz Fine Art Gallery (also Abilene), and the Old Jail Art Center in Albany (about half an hour’s drive).

Abstract expressionist painter Lynne Mapp Drexler’s work is currently on view at Jody Klotz. I was previously unfamiliar with her work. In the late 1950s, she studied with Hans Hofmann and Robert Motherwell, and was a respected member of the New York School. Drexler’s paintings burst with color and energy, and gallerist Jody Klotz described to me her immediate connection with Drexler’s work: As a child, Klotz performed stunt, high-wire and acrobatics as a super for the Metropolitan Opera. Drexler regularly attended the opera, always bringing her sketchbooks with her. Music was a crucial influence on her work. 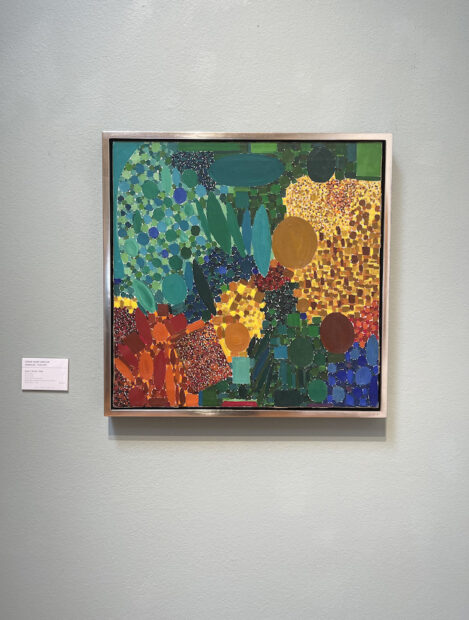 Explosions of Color, Dimensions of Sound: The Art of Lynne Mapp Drexler, at Jody Klotz Fine Art, Abilene through Summer/Fall 2021.

Linda Blackburn’s watercolors examine the mythology of the American West. Sourcing film stills from Western movies, she juxtaposes elements and figures to create layered compositions that ask more questions than they answer. She leaves details and sections unfinished, so the viewer is forced to draw from their own experiences to fill in the blanks. Although some viewers may attach a nostalgic sentiment to the Wild West, I interpret the works as a deconstruction of myths and cowboy archetypes. The paints point to the superficiality and artificiality of our own perceptions — informed by film and popular culture from the time. 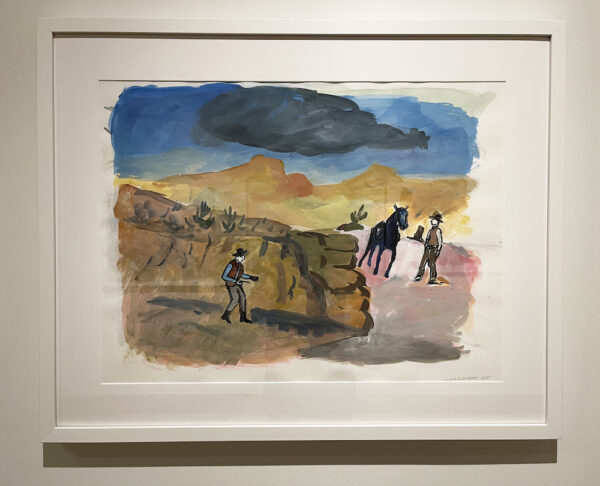 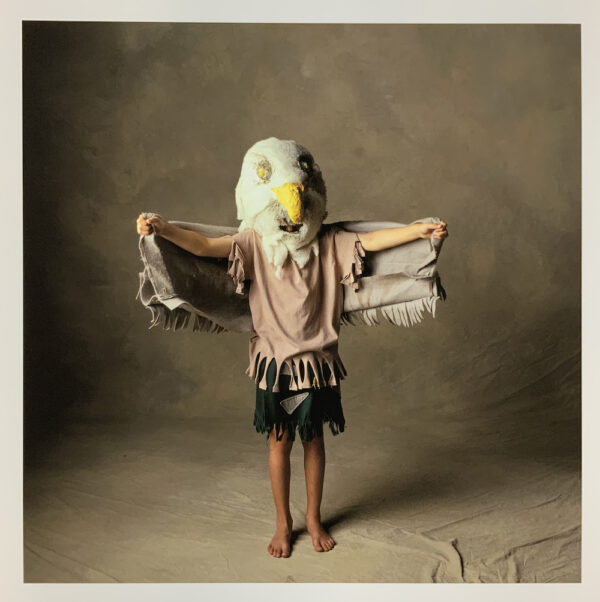 Michael O’Brien’s exhibition features stunning color portraits of participants in the Fort Griffin Fandangle. I confess to my ignorance about all things fandangling. I learned that this is a yearly event — a pageant of sorts with singing, dancing and pantomime. More than 250 performers tell the story of how the Texas frontier (west of Fort Worth) was settled. O’Brien shot his subjects in the studio against a backdrop with traditional portrait lighting. By removing the people from the pageant context, O’Brien emphasizes their unique humanity, as well as the strange costuming. O’Brien is a celebrated portrait and documentary photographer whose work is included in the Smithsonian, and the International Center of Photography, as well as various Texas institutions. 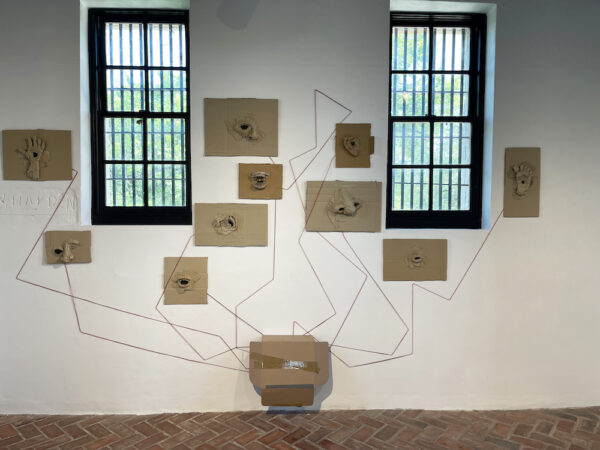 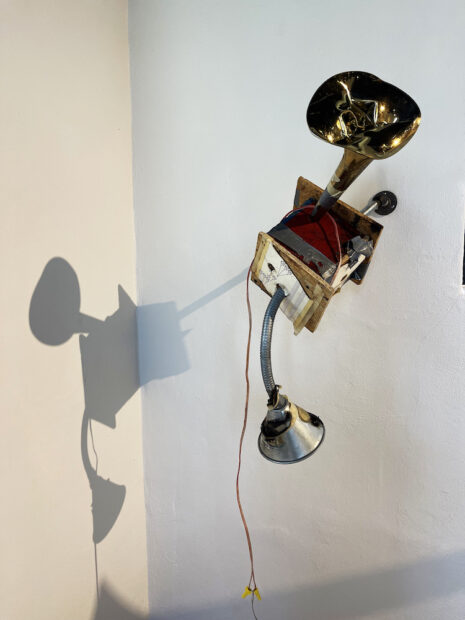 Steve Parker’s installations include sonic experiences that are activated with viewers’ engagement. Although it’s not referenced in his statement, the works reminded me of early Fluxus and Futurist sound experimentations. In the first room, instruments are installed on the wall and floor. Inspired by a tactical deception unit, The Ghost Army, Parker’s “Ghost Box” sculpture is modeled after a WWII shortwave radio and plays sounds from disparate sources. Death Rattle is a series of body parts made from cardboard that have audio components referencing the body. The works are playful, yet explore complex themes of loss and fragility, both personal and collective. Parker was recently awarded the Rome Prize.