by Christopher Blay May 21, 2021
FacebookTwitterEmail 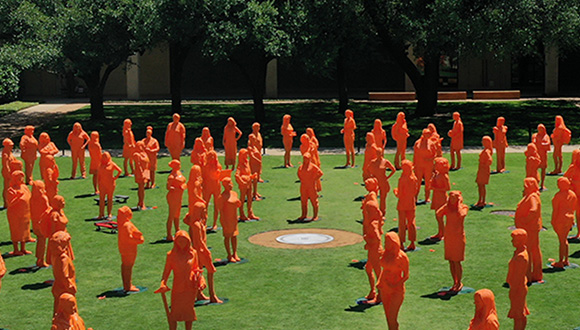 “If/Then She Can-The Exhibit,” through October 24 at NorthPark Center, Dallas.

Dallas philanthropist and entrepreneur Lyda Hill, through Lyda Hill Philanthropies, has unveiled If/Then She Can – The Exhibit, at Dallas’ NorthPark Center. The exhibition, located both inside and outside the shopping center, is billed as “the most women statues ever assembled in one location, at one time,” and consists of more than 120 3-D printed sculptures featuring the likeness of women working in the fields of science, technology, engineering and mathematics (STEM).

According to the Lyda Hill Philanthropies, the exhibition, originally scheduled for Spring, 2020, is the largest 3D-printed project of its kind. These are portraits of professionals — from shark taggers to fashion designers to trainers of Olympic athletes. Subjects were scanned in a 3-D image capture booth equipped with 89 cameras and 25 projectors. Files from the scanner were then used to print the life-scaled figures. 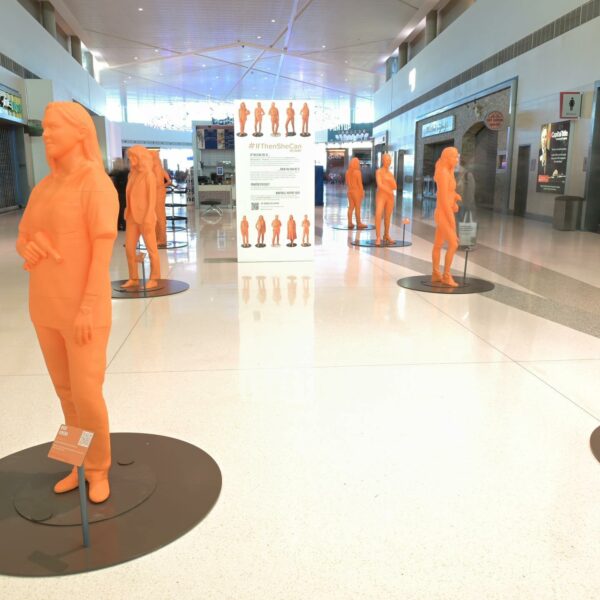 A preview of the exhibition at NorthPark Center.

The premise of the show is based on the lack of physical statues dedicated to women, especially women in STEM professions: “…seeing is believing. When a girl sees a woman successfully pursuing a STEM career (and having fun!), she is more likely to imagine a STEM career for herself … and perhaps even change the world,” reads a statement on Lyda Hill Philanthropies’ website.

The organization also cites a 2016 study led by former Treasurer of the United States Rosie Rios which reveals, among other facts, that in recent years the 10 largest U.S. cities publicly displayed fewer than a half-dozen statues of women. 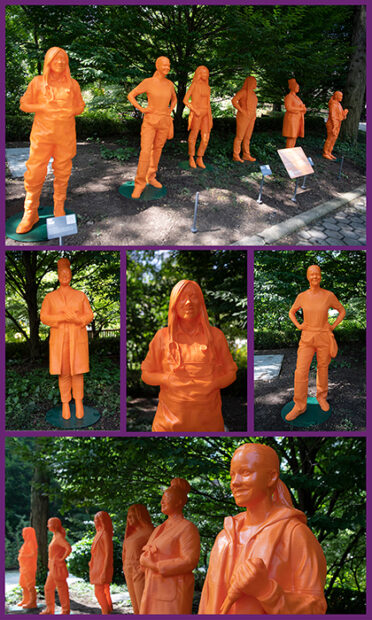 A preview of If Then She Can-The Exhibit, at the Central Park Zoo.

Because of the postponement of the exhibition due to the coronavirus pandemic, the exhibition was previewed twice over the past year, first at New York’s Central Park Zoo (through January of this year), and then at Dallas Love Field airport between December 10 and May 9. The exhibition will remain on view at NorthPark through October 24.

For images and biographies of the featured women, please go here.

50 Years of Curated Fashion On View in...

Highlights from NorthPark Center in Dallas