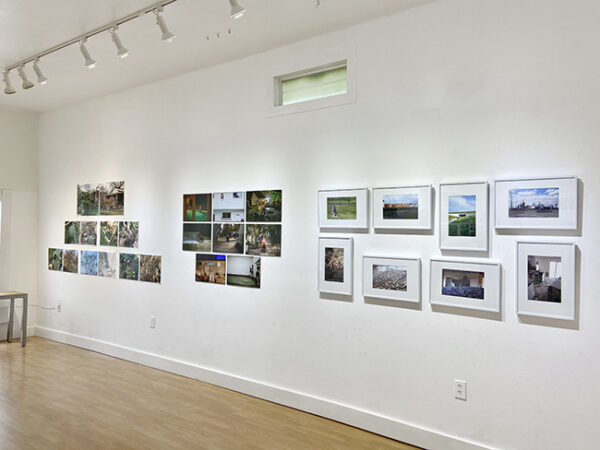 From incorporating family life and traditional Latin recipes, to documenting Houston’s severe and unpredictable weather and its aftermath (and everything in between), the second part of the University of Houston’s 2021 Photo Digital Media student show, Emergence, reflects Houston’s diverse community and its up-and-coming photographers. The exhibition is currently on view now through April 24, 2021 at G-Spot Contemporary Art Space in Houston.

Here is a spin through some of the artists’ works in the show, and selections from the artists’ accompanying exhibition texts: 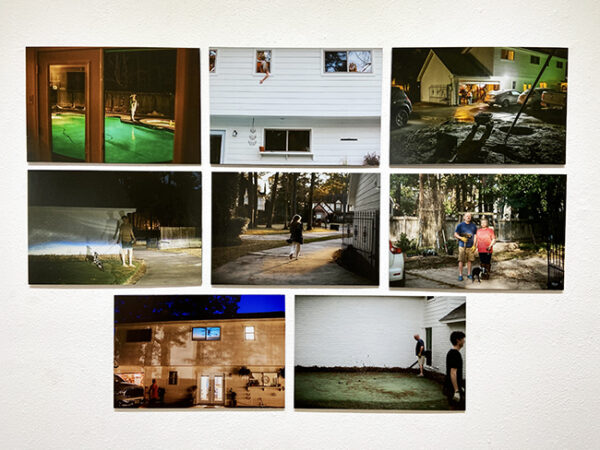 “I could hear my heart beating. I could hear everyone’s heart. I could hear the human noise we sat there making, not one of us moving, not even when the room went dark.” – Raymond Carter

“As I enter my mid-twenties, I am increasingly drawn to the importance of creating a space where family and home-life are explored and documented. It is easy to daydream about the unknown, for they are vessels of the days that quietly turn into years as I move from what I call home. The concept of romanticizing the mundane and creating a narrative of mystery within domestic life is what I am letting lead my creative eye behind the camera as I document my parents, fiancé and myself. From a very young age, I’ve been inspired by coming-of-age movies I grew up watching, and it is those reminiscent memories that further my inspiration as I capture the day-to-day state of being while living with my recently reunited parents in their suburban home in Spring, TX. These are the seconds I’ve sat in real moments, stopping time, capturing my life as if it were a movie scene right before the end credits.” 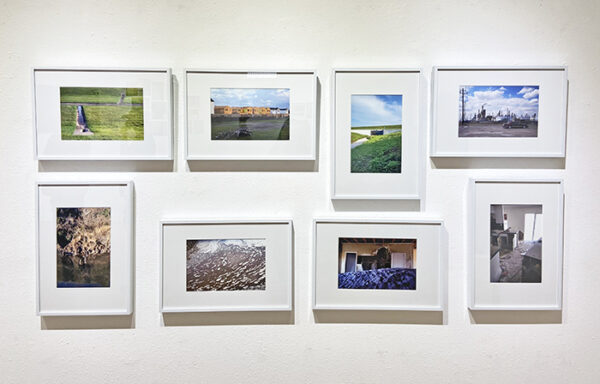 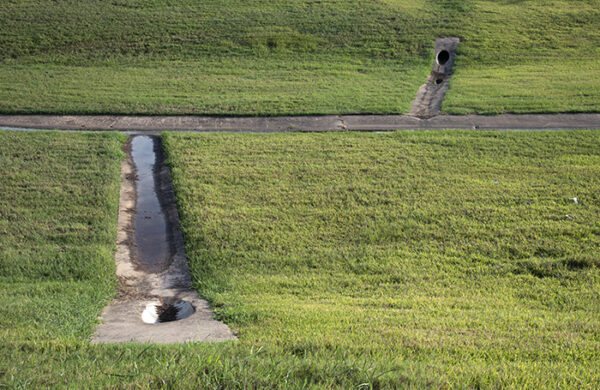 “These selected Images are a part of a series titled Third Coast Spin Cycle, a project focusing on Houston and other Texas cities along the coast that are affected by flooding. After the water is long gone, I capture the scars left behind, the peculiarities that shape our infrastructure, and the factors that will contribute to flooding in the future. Spinrepresents the way Texas politicians respond to natural disasters. The term is a tactic used by politicians to manipulate public opinion by knowingly providing biased interpretation of an event. This tactic contributes to the weak environmental protections of Texas citizens. These inactions by our state government to create logical solutions to our flood problem has manifested a cycle of overdevelopment, flooding, displacement of its citizens, and nonstop repair.”

Lisa Bridges: A Pause With The Forest 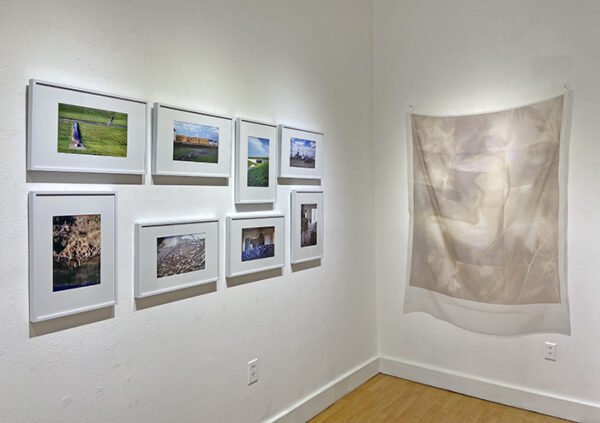 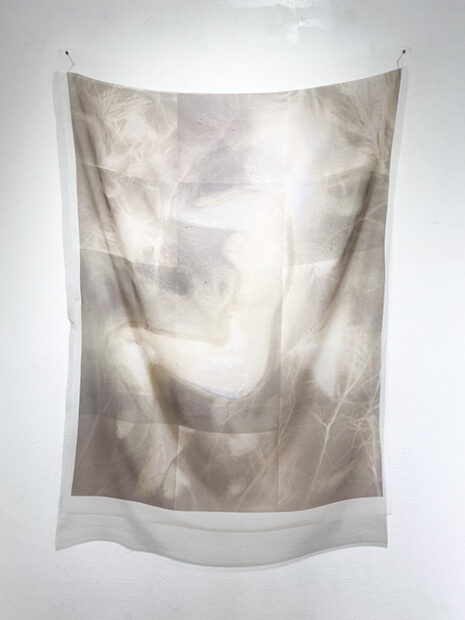 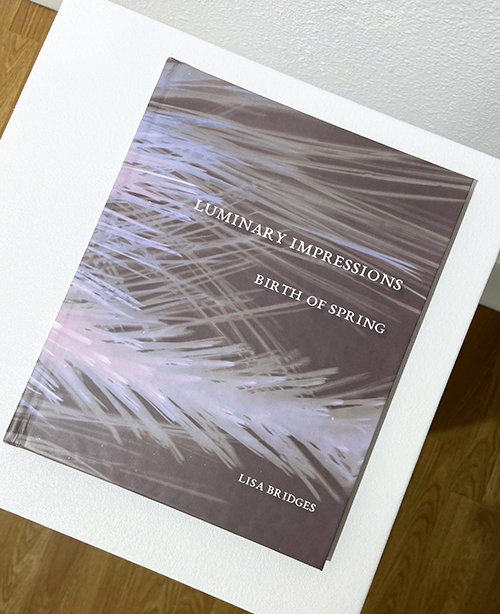 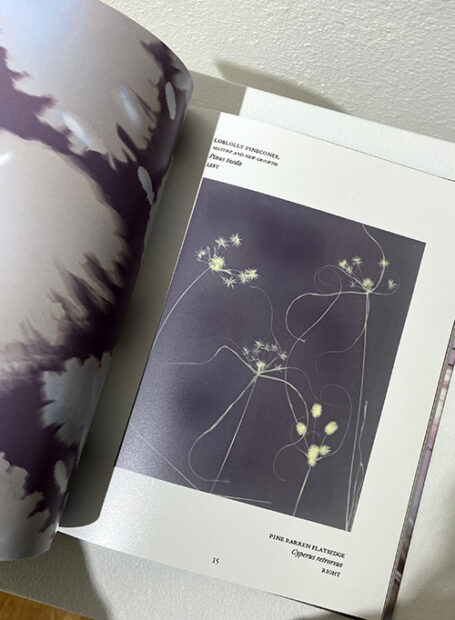 “A Pause With The Forest addresses my personal experience with my family’s land. The forest offers a place of peace among growing flora and wind blowing through pine needles. Here, my mind rests like a patient dormant seed. In the process of creating this work, I performatively germinate on the sandy soil, sitting with the slow passage of time. Embodying the forest in this way is an act of renewal and reflection. Through the alternative process of lumen printing, I allow the sun, the pine, and my body to make contact with silver gelatin paper exposing my image. Both historical and modern practices are combined to produce a digital print on silk organza. The sheer fabric’s motion mimics the flow of the breeze in the forest.” 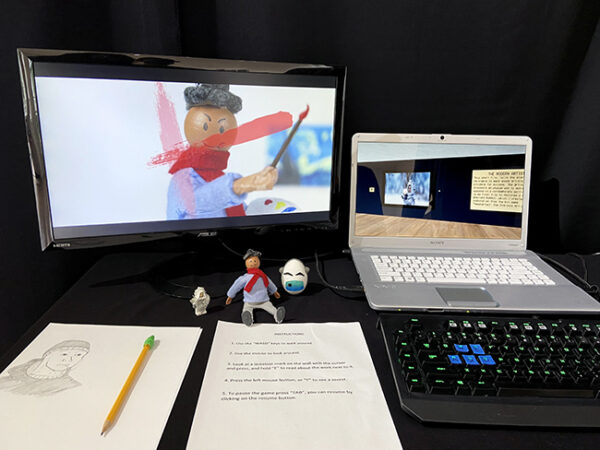 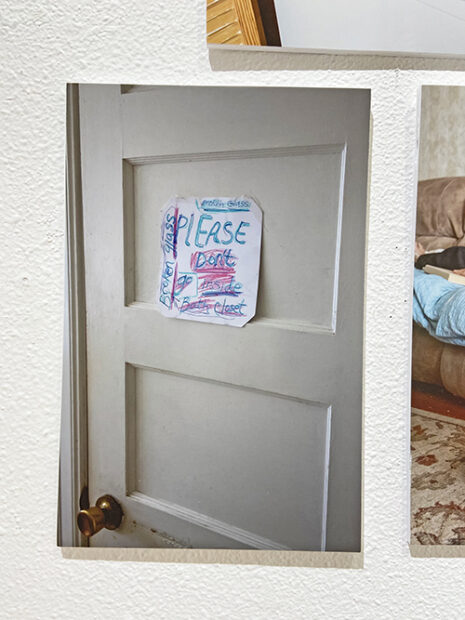 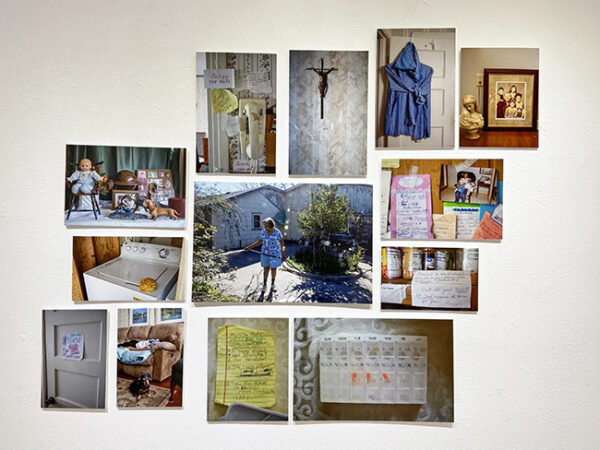 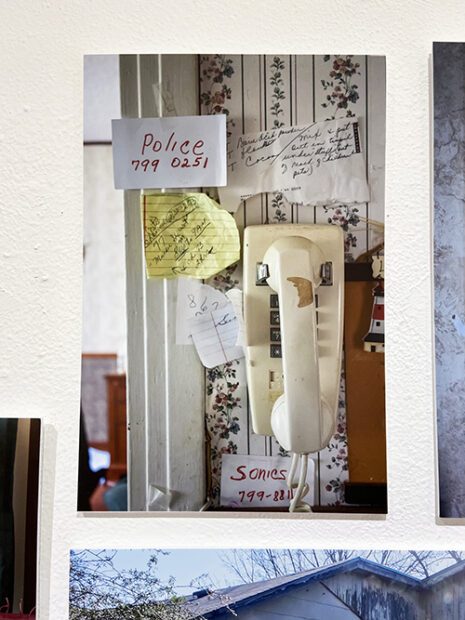 “Bana’s House is about my grandma, who I call Bana. You wouldn’t know by looking at her that Bana was sick. She is in excellent physical health and enjoys things like working in her yard, but her mind is growing weary. It’s difficult for me to pinpoint when exactly I felt like my grandma was sick. She’s acted quirky ever since I’ve known her, like having notes hanging up on her fridge and cabinets, and she always underlined words in her magazines. But something has changed. My family used to laugh about these silly things she has done, but now her situation is a little bit sad and scary. Bana has dementia. Now, she makes up far fetched stories about her neighbors breaking into her house, and she recently had a hallucination of two dogs coming into her house and hiding under the bed. Right now, Bana is living alone at her house in Waco, TX, and has been living alone for 27 years, but we have finally made the decision to move her to an assisted living facility close to where I live, in the Houston area.

“When I was taking these photos, I would look for things around her house that were odd but still representative of Bana’s authentic self, and then I would also look for things that were strange, even for Bana’s house.

“I feel that these photos illustrate her illness, and how it is reflected in her space around her. It was important to me that I documented her space before she moved, because she’s walking a fine line between who her authentic self is and what dementia is turning her into. My hope for this project is that it gives my audience a view of what dementia can look like, and maybe they would be able to relate to the same situation my family is going through.” 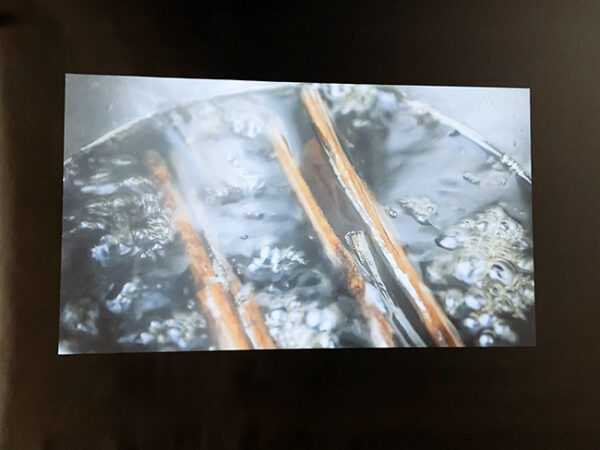 “I became interested in documenting traditional latin food processes when I learned to make Bunuelos Nicaraguenses. I started to become intrigued with the multiple dishes in Central and South America that go by similar names but include almost entirely different ingredients, as well as how those dishes are representative of the many cultures that comprise the really very multicultural group of countries we call Latin America.

“The first food, Bunuelos, are a fritter comprised of yuca root and cotija cheese, served with a sweet, spiced sauce. In Nicaragua this would be served around breakfast, but I enjoyed them as snacks throughout my childhood. My intent with this video was to capture the entire process from beginning to end, giving the viewer a sense of the labor and commitment required to end up with such a seemingly simple food. The video itself is done in such a way that the viewer can understand the textures and colors of the food, as well as how it changes visually at different points in the process.

“As with the Bunuelos but perhaps even more so, the Nacatamales Nicaraguenses video is made to give the impression of length-of-time and delayed gratification. While many in the United States may be familiar with Mexican Tamales, Nacatamales are only similar in that they contain masa, with the Nicaraguan variety being wrapped in banana leaf and filled with large pieces of meat or vegetables. The process, even edited down and carried out with the luxury of modern kitchen appliances, still takes a substantial amount of time and I wanted that to come across to the viewer in a digestible way that still accurately displays the preparation of ingredients and the process as a whole.

“Researching, learning, understanding, and executing these dishes has been a way of connecting with a culture that I descend from, but that I have never experienced to an extent beyond my close family in the United States. I do not see this as an instructional cooking video, but rather another perspective to shine a light on a culture that tends to be overlooked in American society compared to other countries making Bunuelos and Tamales. Diving into the history and origins of foods I ate growing up connected a lot of dots not only in the recipes, but in my perception of who I am in terms of cultural identity.” 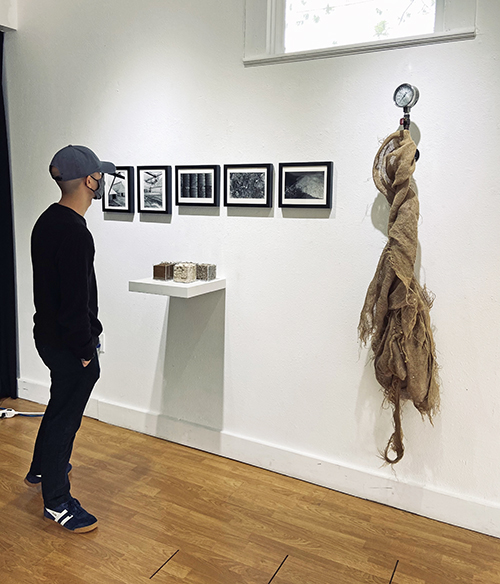 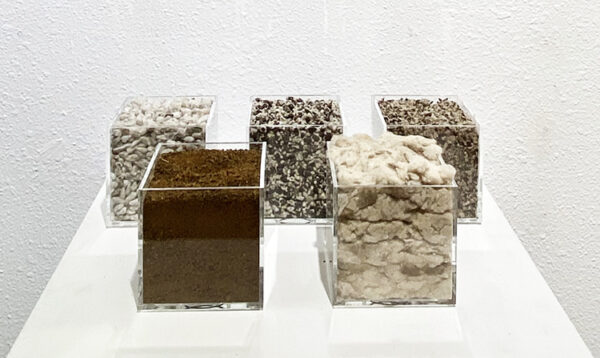 “Harlingen AGRI came from the fascination I have with my home town, while exploring and photographing my hometown more and more, I couldn’t help but see the strong influence that agriculture has in my town. It’s something I always knew but never really cared to acknowledge. Agriculture is the biggest business and what Harlingen was built upon. On my way to school throughout my youth I would see these huge mills for cotton seeds and grain, it’s hard to ignore, but I did. Living down here during the summer I wanted to take a closer look and explore these facilities. While doing so it almost felt wrong to enter. While shooting I acknowledge the barrier that is between me and these mills, I incorporated this into the images to create feelings of it being “off limits”. Though it felt wrong to enter, my interest to be inside and explore couldn’t be ignored.”