Glasstire 3×3: Giovanni Valderas — Who or what has influenced your work? 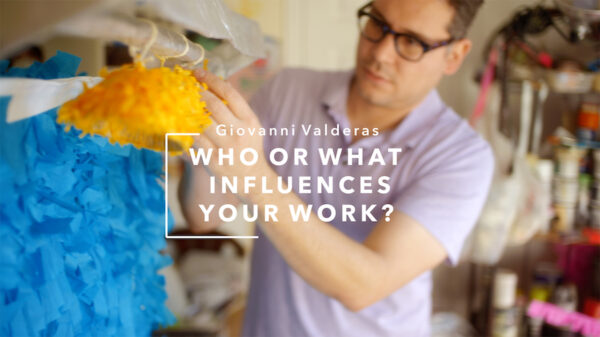 Dallas-based artist Giovanni Valderas answers the question Who or what has influenced your work? as part of an 18-part video series on artists in the DFW and Houston regions. The series is a collaboration between Glasstire and Texas-based Walley Films.

Giovanni Valderas: “Our parents were discriminated against for using Spanish; there wasn’t really an emphasis to teach us, so we just grew up around it, picking it up. And it’s kind of this bastardization of language.”