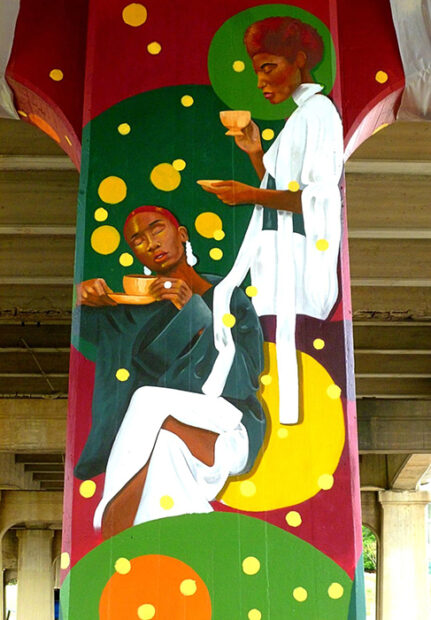 One of 12 murals being painted in Fort Worth by artist JD Moore.

Glasstire has learned that Fort Worth artist JD Moore, who is currently working on a series of murals on Fort Worth’s North Henderson Street Bridge, has allegedly been threatened with a citation for trespassing if he continues working on the murals. In a video posted to the artist’s Facebook page and widely shared across the platform by fellow artists, Moore states that City of Fort Worth District Superintendent Michael Tovar has asked him to stop painting the murals.

“This is a volunteer effort that I agreed to do,” Moore states in the video. “I am not being compensated directly for my time.” Moore also states that he entered into agreement to complete the murals, 8 in all, without a written or expressed deadline for completion. Moore then revealed that he spoke with Michael Tovar on a telephone call in which the superintendent allegedly expressed dissatisfaction with how long the project was taking to be completed, and according to Moore, the artist was asked to stop work on the project. “He specifically told me not to return to work on it, because he wants to bring in another artist to finish what I’ve started.”

More has previously worked on murals on Fort Worth’s Trinity Trails and at Thanksgiving Square in Dallas, and is one of many Black artists living and working in Texas. 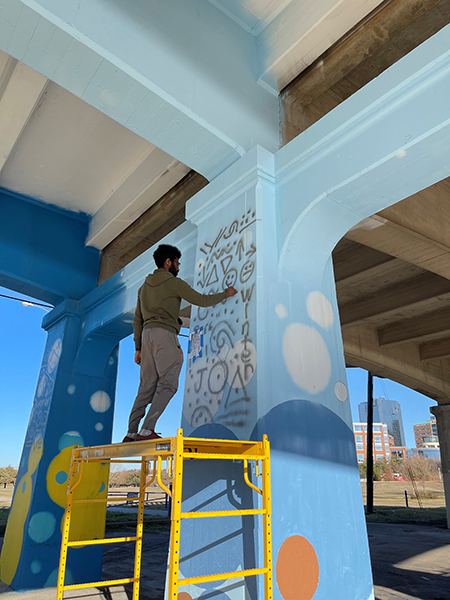 A Tweet from Panther Island Pavillion dated February 23 shows work being done on the mural with the following statement: “Next time you are on the Trinity Trails down at Panther Island Pavilion check out the mural that is coming together under the Henderson St. Bridge. The mural is part of the Fort Worth Graffiti Abatement Mural Project and is being painted by artist JD Moore (JDMoorePortfolios).” 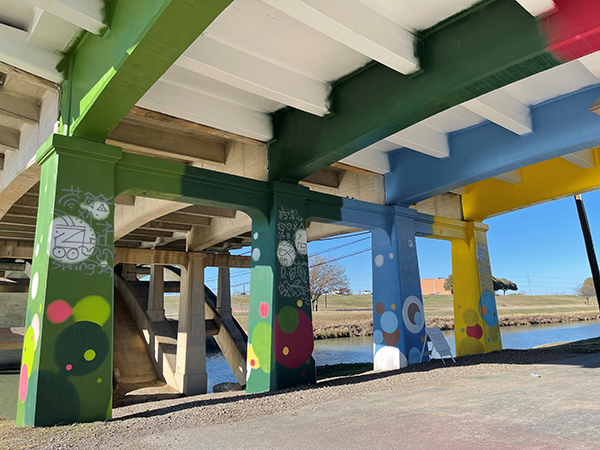 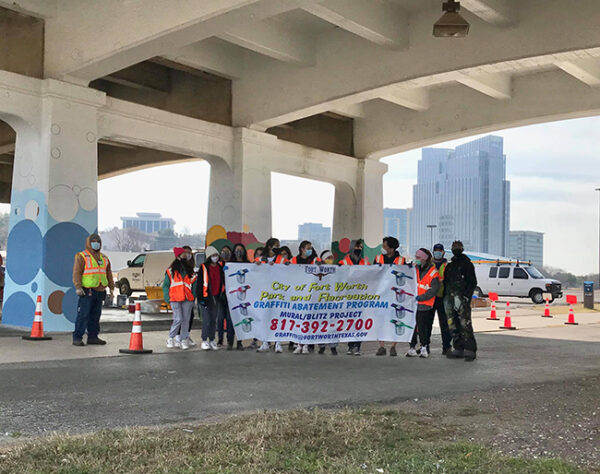 A photograph with unidentified persons at the location of Moore’s mural. Dated January 10 from Moore’s Facebook page.

Moore’s video continues for 10 minutes and in it, he asked artists to write to Mr. Tovar requesting that Moore be permitted to continue work on the mural, and for any artist contacted to finish the mural to decline the offer.

Murals have long been a part of the Fort Worth cityscape, the most notable ones being the Richard Haas Chisolm Trail mural in Sundance Square, and the Stuart Gentling and Suzanne Gentling Untitled (Zipper Mural) on the south end of Downtown Fort Worth. Last summer’s protests of the police killings of George Floyd and Atatiana Jefferson, as well as street demonstrations calling for an investigation of the death of Vanessa Guillen, all became inspirations for new murals in the city, and across the state.

Beyond several public posts on Facebook about Moore’s video, Glasstire has also been copied on emails directed to Fort Worth Mayor Betsy Price and artists in the city. The email, from Holloway Fine Art, states in part: “For those cc’d, Michael Tovar has told JD Moore that he will press trespassing charges if he tries to return to finish his artwork due to Michael Tovar saying that JD has moved ‘too slow’ on a project that is a massive amount of square footage, which one artist was solicited to complete (for free). JD has been working diligently on this project since December 2020. He has involved local high school students to assist him with the work and has had one assistant to help him 50% of the time.”

Glasstire has reached out to both Moore and Tovar and will update this story with any response we receive.

This is one of those supreme teaching moments, as in : “Art is a real thing, and making it takes time and extraordinary energy. It is NEVER free. You may not be asked to exchange money for it, but it has cost someone everything.” If we can get this across to bureaucrats and people who show up for free cheese at openings, maybe we can start getting some respect.