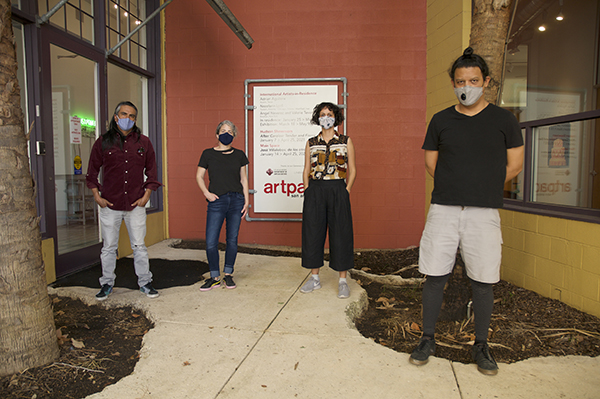 After closing its doors to visitors in December, San Antonio residency program and exhibition space Artpace has carefully reopened for in-person appointments, and will present three new installations from its early 2021 residents in a virtual event on Thursday.

“Artpace has been extremely diligent about providing a safe working space so that we can continue the residency,” director Riley Robinson tells Glasstire. Spring 2021 residents Nazafarin Lotfi, Adrian Aguilera, Angel Nevarez and Valerie Tevere arrived in mid-January, and completed their residency periods while Artpace was closed to the public.

Artpace re-opened for public visits earlier in March, and currently hosts groups five days a week. Robinson hopes to extend opening hours to seven days a week as early as this weekend, if staffing logistics permit. 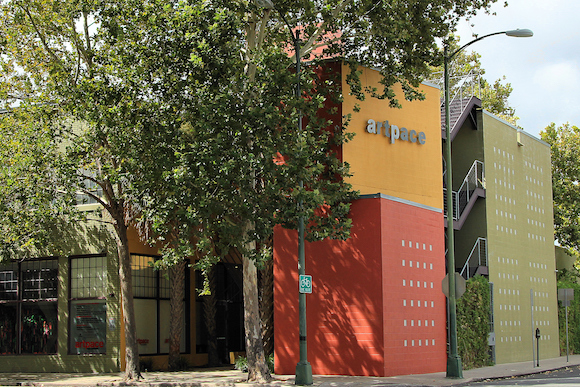 Artpace’s re-opening coincides with the unveiling of its latest International Artist-in-Residence exhibition, curated by Gilbert Vicario. In addition to Thursday’s virtual opening — which will be held from 6-7pm CDT and is free to the public — Robinson says that he has sought ways to introduce the residents to local curators, despite the strict safety precautions that have been in place during their residency period.

Artpace is also currently exhibiting After Carolee: Tender and Fierce, a group show of Texas artists influenced by the work of trailblazing artist (and former Artpace resident) Carolee Schneeman, and de los otros, a solo show from San Antonio-based artist José Villalobos. Both exhibits opened in early January but have been virtual-only until recently.

Artpace is currently open for in-person visits by appointment, Tuesday–Friday from 10am–5pm, and Saturdays from 12pm–5pm. Prospective visitors can sign up for an appointment at Artpace’s website, where they will be asked in advance to agree to wear a mask and follow social distancing protocols while inside the space.