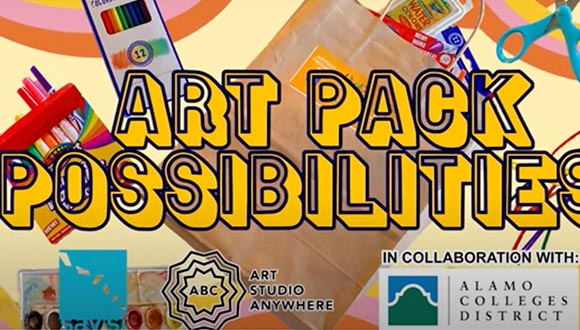 As it continues to renovate its massive new home on San Antonio’s West Side, the long-running San Antonio arts nonprofit SAY Sí has undertaken a community program this month “to recognize local teachers and engage with the arts, in addition to enlisting feedback from the San Antonio community on the nonprofit’s latest efforts.”

Initially founded in 1994 as a King William Neighborhood Association program accommodating 12 students, SAY Sí started in a small space in Blue Star, expanding through the complex until outgrowing it in 2007, when it moved into its own 26,000-square-foot space across the street. It’s currently in the process of renovating a massive new industrial warehouse space at its new location on San Antonio’s historic West Side, at 1310 S. Brazos.

During a multi-site giveaway event held March 5-6, SAY Sí partnered with Alamo Colleges to distribute 2,500 packs that included a transportable bag with watercolors, markers, glue, a sketchbook, pipe cleaners, and sidewalk chalk. SAY Sí also offered virtual resources to families, suggesting creative ways to use the supplies on its website.

SAY Sí has been distributing free art supplies to community members for years. “We started really small, giving our kids an art pack every two weeks,” says Jon Hinojosa, SAY Sí’s Artistic | Executive Director. After sensing a deep need, they started doing larger events. “We went from 150 art packs to 500 art packs, [and the] first time we did that we were out in an hour. That’s another reminder of the vulnerabilities of our community,” Hinojosa adds. 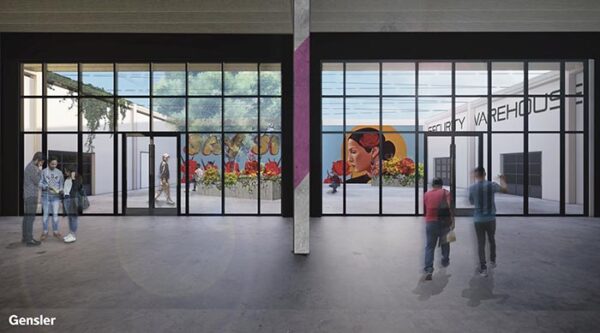 As part of the long-term renovation plan for SAY Sí’s 98,000-square-foot facility, Hinojosa says he’d like to rethink exhibition spaces in the area, looking at the cultural and artistic roots of the West Side, “people like Jesse Treviño and other multi-disciplinary artists.”

SAY Sí currently employs 14 staff and educates a cohort of 125 middle- and high-school students. Recruitment has been slowed by the pandemic, but an initial phase of renovation allowing in-person restriction to resume once health protocols permit should be completed later in 2021.