On Reopened Museums: A Tale of Two Texases 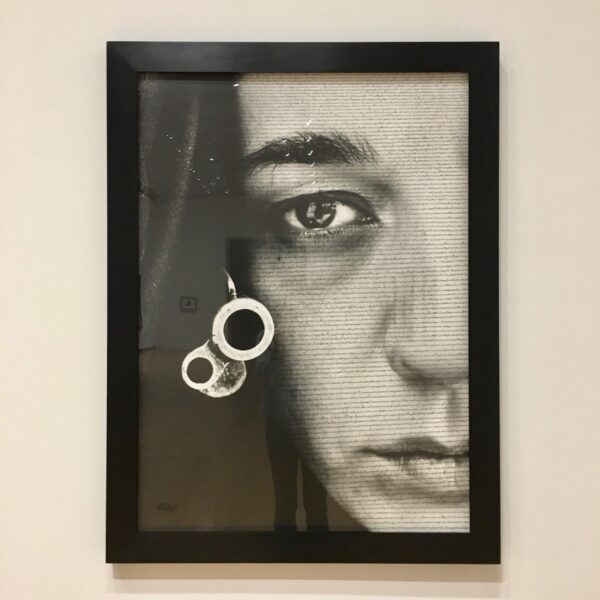 There are a lot of think pieces coming out about how we’re just about done with this pandemic. This is the corner turned by left-leaning American magazines and newspapers, anyway. Yet on Friday, France announced new major lockdowns, and much of Europe, including the UK, are navigating similar straits of surging pandemic numbers and more contagious variants. Many major European museums and art spaces remain closed, or have re-closed.

The “reopening” of Texas was decided by Governor Greg Abbott early this month — he lifted the state’s mask mandate in a move that felt to me like a “But look over here!” magic trick, meant to throw Texans and everyone else off the topic of how badly he and his cronies handled Winter Storm Uri and now precarious Texas’ infrastructure is.

As we head into this new phase of more contagious Covid and people getting vaccinated, I’m of two minds, or maybe five, and I think a lot of other Texans are, too. My sense over the course of this pandemic is that while my Texas — the art-loving one — is taking a deep breath in between vaccine shots and wondering if our social skills are up to the task of in-person gatherings, a huge number of Texans never locked down much to begin with. And they’ve never cared if museums or galleries were open or not — art is not their bag — but they never believed much in mask-wearing, and they’ve continued to do everything they normally do (as much as they can), as though Covid were simply someone else’s problem, or some other family’s funeral.

A New York City-based friend of mine has a friend who lives in the outer suburbs of Houston, who gave her an alarming report last summer that NO ONE IN HOUSTON WEARS A MASK. My New York friend called me in alarm: Is it true?! I didn’t know what she was talking about. I live in the middle of Houston. As far as I can tell, everyone in Houston wears a mask. Not just in grocery stores and at Target, but they also wear them in their cars, gassing up, and walking their dogs. It was only when my road trips between Houston and DFW increased, which made stopping at gas stations along I-45 necessary, that I realized the divide is real. To me, the unmasked people milling around exurban and rural truck stops are bare-faced defiantly, belligerently. Probably not true, but in my handwringing adherence to Covid fear and my double-mask routine, it’s felt that way.

This is a long way of getting around to this point: in February, researchers at the Berlin Institute of Technology released a study that names museum-going as the safest possible public indoor activity one can do in this pandemic. They conducted evaluations of indoor environments to assess the risk of infection via aerosol particles. They found that museums (and I will by extension add commercial galleries to this tiny sector), as long as they operate at a somewhat reduced capacity, are fine. Relatively, they are safe.

Here’s a heartbreaking passage from a piece on it in Hyperallergic:

Eike Schmidt, director of Italy’s Uffizi Gallery, recently cited the study while pleading with authorities to allow the museum to remain open. The Uffizi was forced to close just two weeks after it reopened on January 21 due to a surge in cases in northern Italy. Prior to that, the museum was closed for a period of 77 days, the longest since the end of World War II.

The same article reminds us that in Los Angeles — even as shopping malls, restaurants, and hair salons have reopened there — the museums remain closed. This is two worlds: the world that thinks Covid is a really bad thing, and art is great but it can wait; and the world that ignores Covid altogether but never goes to museums anyway.

But Texas museums are open. And so Texans must psychologically subdivide in another, stranger way.

Texas really is opening back up, meaning that even those of us who’ve been jaw-clinchingly cautious for a year are prepping for something that looks like “normal.” It’s a dicey headspace for some of us. Not because we like the pandemic and the political shit-show that comes with it, but because the virus is still with us, still mutating, and most people still aren’t vaccinated. With vaccines, things are looking up, of course, but Houston’s Harris County, for example, is right now categorized by the CDC as “very high risk” for Covid transmission.

Last May, when the Museum of Fine Arts, Houston became the first major museum in the U.S. to reopen, the resentment toward the museum from some contingencies was palpable (especially on social media): museum workers found themselves in the same precarious situation as front-line workers at “essential” businesses, compelled to come into work every day while the pandemic raged. And talk about sowing surprise interior dissonance: art lovers who are so diligent during Covid, who do curb-side pick-up only, wash their hands compulsively, and wouldn’t dream of stepping outside without an N95 mask — they desperately wanted to visit the museum. I know these people.

How to negotiate the guilt of, say, walking through the new Kinder building — shiny, full of great art, extremely expensive to build, and staffed — and marveling at the life-affirming artwork everywhere, created by artists we love, while knowing that visual art is not “essential” to many Texans, or to many people at all? Is a reopened museum catering to art lovers (including the ones who work for the museum), or its own bottom line? That depends on the museum in question, and I also think the answer is often “both.”

I wouldn’t go to Ikea these last 12 months (I really need some flatware) but I’ve personally visited every major museum in Houston and DFW. I was in these cities anyway, and the museums are right there, and open. Though right now, I would not go to a church service, or a movie theater. I would not eat inside a restaurant. But I can’t stay away from the Amon Carter? What Texas dissonance — in my head and on the part of a museum — allows this?

I suspect a lot of it comes down to this: the kind of people who want to visit art museums are cautious, respectful, and, as the museums know… not that numerous. In fact, they are a tiny percent of city’s population, and if buses full of school kids aren’t visiting, then they really do not have to worry about the masses banging down any glass doors designed by Renzo Piano. The only time I’ve stood within 10 feet of another museum goer was the very last day of the Kimbell’s recent Egypt show. Every other visit at each museum (and gallery) in recent months has felt like my own private viewing appointment.

But — and I write this without regard for how museums and galleries are meant to have financially survived the shut downs — have I needed to go see this art in person? Has anyone? Most Texans would say “Nope. Not essential.” I get that. Liquor stores and Costco are, evidently, “essential.” As of last May, museums in Texas got to judge their own essentialness, and open in their own time by their own criteria. During Covid, I haven’t been inside a Costco. Or a bank. Or a post office. But I’ve seen Shirin Neshat’s retrospective at the Fort Worth Modern and I feel pretty sure that it did me more good than a swing through Costco. That’s my Texas: Neshat at the Modern.

I assume the Texans who’ve wanted so badly to visit a museum have been doing so for months. Museum attendance numbers will not shoot up suddenly because Greg Abbott makes a dumb move on mask mandates, and museums will not suddenly implement full capacity status. Nonetheless, for those of us who love visual art, and by extension, love museums, our private, Texan dissonance thrives. We are divided people — divided from one another, and ourselves. We are in a pandemic. But we love museums. Go see some art. Or don’t. Boycott the museums due to worker exploitation. Starve the museum into extinction. Or go for a visit, and help the museum survive this pandemic. Stay away. Go. Wear a mask. Wear a mask. Wear a mask.

Excellent article Christina.
In California, depending on your county, museums may or may not be open.
Here in Sacramento we look forward to finally seeing the Crocker Art Museum reopen in a few weeks.
As an artist and avid museum and gallery visitor, I found it odd that, of all places, they considered those spaces off limits – but you could crowd into a Home Depot, no problem.
I hope when COVID is someday behind us we can take a look at the decisions that were made and perhaps give cultural institutions the priority they deserve.
My fear is that something like this can/will happen again and lessons will not have been learned.

Thank you for this article. It is exactly what I needed to read today.

Wonderfully written; you articulated all of the internal conflicts. And here’s to the sublime that viewing art in person brings.

As a new major fine art gallery in the suburbs of Austin, we struggle to get people into the gallery due to THEIR covid concerns. We have held back on events that might bring more people into the gallery because of OUR covid concerns. Half of my staff is vaccinated now and we all wear masks, although we mostly work apart. With over 3500 square feet and 200 pictures on the walls in the gallery, there’s plenty of room to distance and much to see. People are struggling to find covid-safe activities. Now is a great time to discover the joys of art-viewing at museums and galleries. Fortunately, masks don’t cover our eyes or our hearts. There’s plenty to see and love in Texas galleries and museums! Thanks for the article, Christina.