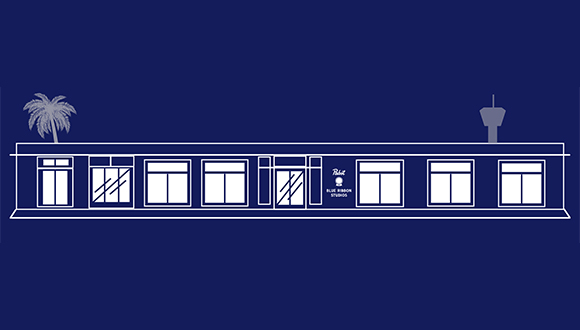 Pabst Brewing Company — the makers of Pabst Blue Ribbon and dozens of other beers, including Texan originals Lone Star and Pearl — has just announced that it will open an art gallery in San Antonio on March 13.

Named Pabst Blue Ribbon Studios, the gallery will launch with an inaugural exhibition of work by 25 finalists in an annual contest to design a Pabst Blue Ribbon can. Pabst Brewing Company moved its corporate headquarters to San Antonio last year, and “has plans for other art installations that will be made accessible to the San Antonio community in Spring 2021,” according to a press release.

“As we settle into our new home here in San Antonio, we look forward to the opportunity to continue to engage with the local community by expanding the city’s public arts offerings with the introduction of our new gallery space, the creation of public murals and more, that not only share the story of our brand, but of up-and-coming artists from across the U.S. and those here in our great city,” says Pabst Brewing Company President Matt Bruhn.

Pabst says that it is also building a 1.5-acre culture park in downtown San Antonio that will include another art gallery, a bar, a BMX bike track and indoor skate park, “and eventually a rooftop movie theater and concert venue,” according to a November 2020 article by the San Antonio Report. “What we’re realistically trying to do is create a creative space to allow cool San Antonians to demonstrate just how cool the city is. And give a platform to the community to amplify its voice,” Bruhn states in that article.

Pabst Blue Ribbon Studios will be located at 1112 S St Mary’s Street in San Antonio’s Southtown neighborhood. The area has seen significant development in recent years, a process that has paralleled growing concerns about the gentrification of downtown San Antonio. The new Pabst gallery will join spaces like Presa House, Blue Star Contemporary, and Southtown Art Gallery in the neighborhood arts landscape.

After opening on Saturday, Pabst Blue Ribbon Studios will be free and open to the public on Saturdays and Sundays, with plans to host DJ events on the first Friday of every month. The opening exhibition of can designs will be up for three months, followed by a rotating, monthly series of original commissions.

Gallery hours are noon to 6 p.m. on Saturdays and Sundays, and 4 to 10 p.m. on first Fridays. For more information about Pabst Blue Ribbon Studios in San Antonio, please go  here.

This is wonderful and very generous of Pabst Brewing! ‘I come from Milwaukee and I oughta know’!