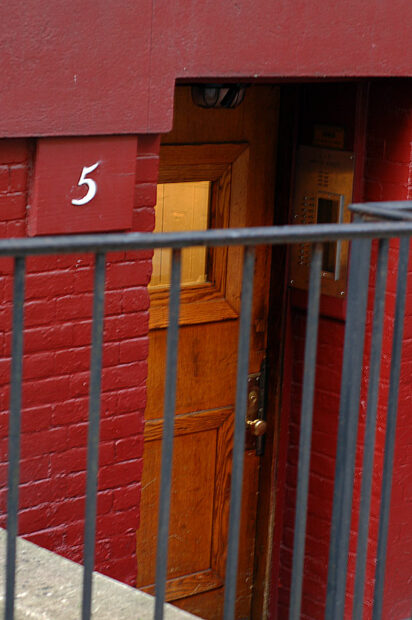 Around 2010 I googled the phrase “Serpico’s apartment.” Google didn’t take me there, and I was surprised. Back then I figured that design obsessives (or movie obsessives, or disappearing-New York obsessives), posting images of domestic interiors (real or fictional), would have swept up into their dragnet some screenshots of Frank Serpico’s apartment — or at least the one we watch evolve over a two-hour stretch of brilliance, the 1973 film Serpico, directed by Sidney Lumet. Frank Serpico’s studio apartment receives no billing in the movie, but it plays a starring role as a metaphor for Serpico’s soul, and also signals the very human need to carve out a sanctuary in a hostile world.

I rewatched Serpico recently, probably my third viewing in as many decades, and as I sat in my stamp-sized Houston apartment, where I’ve lived for eight months among unpacked boxes (only a few to go now) and not-yet-installed artworks (a lot), I was looking for the motivation I used to find in watching the movie version of Frank Serpico move into his place, and over a handful of years fill it with the things he loves and tends to: books, interesting old furniture, a lot of leafy plants, copper pots, plenty of framed art on the walls, and objects from his travels and his military time spent stationed overseas. 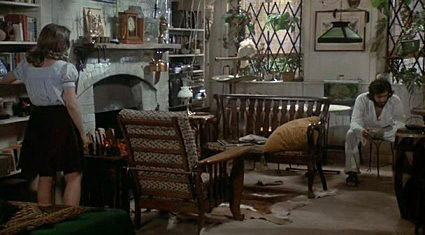 Honestly, the biggest and best photo I could find of a medium shot of the interior. Amazon Prime does not let you screenshot a movie.

Also animals: a menagerie. On his first day in the neighborhood, movie Frank adopts a sheepdog he names Alfie, and over time, he also acquires pet mice, a full fish tank, and a quiet cockatoo. These are the gentle souls Serpico comes home to. Not a word is spoken about the apartment’s vibe or development; Lumet, winkingly, takes us back to the space at regular intervals as Serpico plots, plans, complains, and despairs, usually in conversation with his overly patient girlfriend, who is also installed in the apartment. Every time we see it, the apartment is more layered and full. It’s not exactly a joke, but it’s almost comic relief in a movie filled with mounting dread and moments of explosive violence. 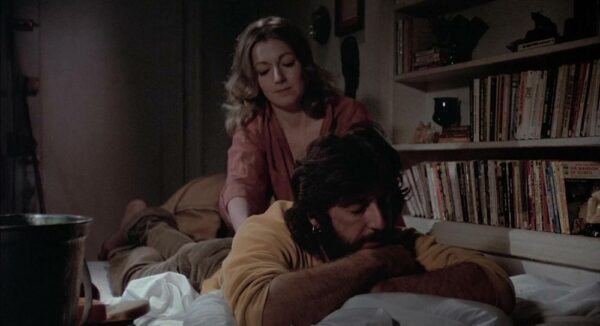 As depicted in the film, over the years the apartment’s interior goes from a low-ceilinged shit hole with exposed wiring and pipes to being a home that wouldn’t look out of place in an issue of Apartamento. It is the definition of bohemian: shabby, relaxed, lived-in, with Serpico’s aesthetic and interests resonating throughout. There is no Noguchi coffee table or Ligne Roset couch. Not on honest Frank’s salary. And Lumet, the realist director with a killer visual sensibility, makes it all look great without looking too great.

The real-life Frank Serpico, the famous/infamous NYC cop and police-corruption whistleblower, did live in a small apartment in the West Village during the mid-to-late 1960s — the years he spent policing the police from within the system. Serpico, by nearly any measure, was an eccentric and a free-spirit — going by Lumet’s movie and Al Pacino’s performance as Frank, Serpico was an earnest man on a mission, and nearly from the time he joined the police force was considered a “weirdo cop,” a “schmuck,” and a hippie. Not surprisingly, he had very few friends at work, but seemed at home in the Village (his neighborhood pals called him “Paco”).

In the movie, which dramatizes Serpico’s efforts to reform policing, it helps tremendously that his apartment’s existence and evolution looks and feels entirely organic. For years I’ve thought of it whenever I’ve walked into someone’s place that gives off the opposite effect — that of a space that someone moved into and decorated and furnished pretty much overnight, giving it the look of a bland furniture showroom, a rushed bachelor pad, a new Airbnb, or, nowadays, just another entry in the millions of “design inspiration” IG accounts. I see through that stuff, find it terribly depressing, and it’s nearly a curse. I’m slow to make a home. Too slow. As I type this, I really should be measuring for more bookshelves. I feel like Lumet and Serpico have set my domestic-interior timeline. “Put no art on walls until the second act.”

The rub right now, of course, is Covid. And the political environment. And the all the rest — the sense that the world as we knew it has crumbled, and no amount of hand sanitizer or stimulus checks or platitudes about unity can redeem it. We are all seeking sanctuary in our homes in ways we had not imagined even one year ago. 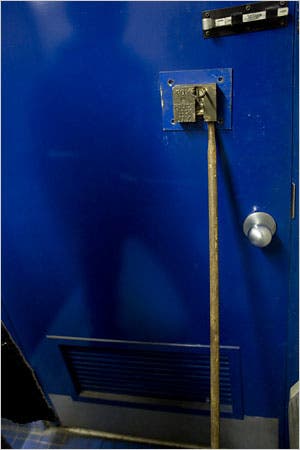 This is a fox lock.

And we know that many can’t find safety there. Over the course of the pandemic, from the two apartments that sandwich mine, I’ve been listening through walls to mounting (harrowing) domestic violence. And it’s getting worse. The claustrophobia of home is a serious situation for millions. Serpico’s New York City — the one outside his studio — was a hell-scape (however glorious it looks on film), and the Blue Wall of cops he challenged was truly dangerous. In a couple of scenes you can spot the “fox lock” on his door — one of many NYC security innovations at the time. But people right now, living on top of each other through the pandemic, don’t have a fox lock to keep away the kind of threat who happens to be sitting and stewing at the breakfast table. 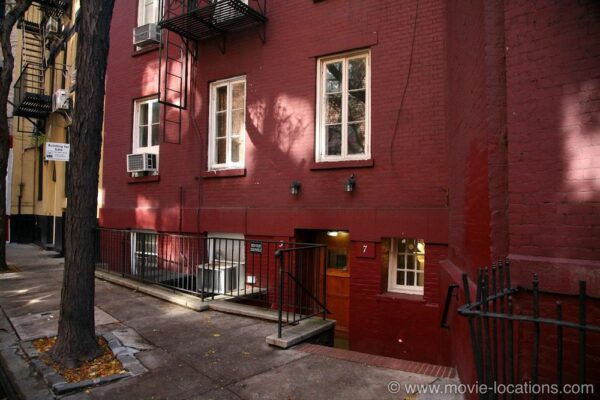 Spoiler alert: The last two scenes of the movie — after Serpico has been shot and given a gold shield for his service, and after he testifies —show him packing up his stuff and leaving New York with Alfie. There’s no indicator of where he’s off to. The real Frank Serpico is still alive, and has lived a peripatetic adventure in various European countries and upstate New York spots. I wonder what his current house looks like. I wonder how many animals he’s surrounded by, how many books. I wonder if he’s still carving out a sanctuary for himself in 2021.

A Letter From the Editor: The Pandemic

Wonderful writing and I loved the theme of the piece. I will watch serpico and see it with a fresh perspective. Thank you Christina

Christina, wonderful article, one of the best. You put me back there for a moment. You captured my essence.
Yes my cabin interior continued to grow where at 85 none of of the objects really matter but the memories. The animals have been subbed by mostly wild cohabitation. Thank you

Thank you, Mr. Serpico, for that update. I think I am speaking on behalf of many when I say: Hope you are safe, and doing well. Very nice to hear from you!

Fascinating article Christina! Emanuel Swedenborg once wrote that a person’s surroundings reflect the state of his spirit. You’ve managed to capture the essence of this idea in your well-written article while brilliantly tying in current circumstances.

Mahalo Christina for your insightful article. I just re-watched the movie last night and it took me back to my years in Manhattan at Barnard College, Columbia (’69-’73). Each time I’ve seen the movie again or come across an article on Mr. Serpico I am so grateful that at least at the time I was totally unaware of what was going on the in police department where I was living. I do recall being uncomfortable at the way the police (especially on horses) treated those of us who protested periodically against the war in Vietnam – with far more terror and cruelty that was ever needed. It seemed as if “they” (called “pigs” by some) all hated us. I find as the years go on, I need more and more histories of such outstanding members of society who come from “ordinary” circumstances. Especially now with the world so close to a possible 3rd world war. I can’t help but wonder what Mr. Serpico thinks about Mr. Putin and the present state of world affairs vis a vis the violence. And of course, mahalo to Mr. Serpico and a sincere appreciation of how he’s lived his life.