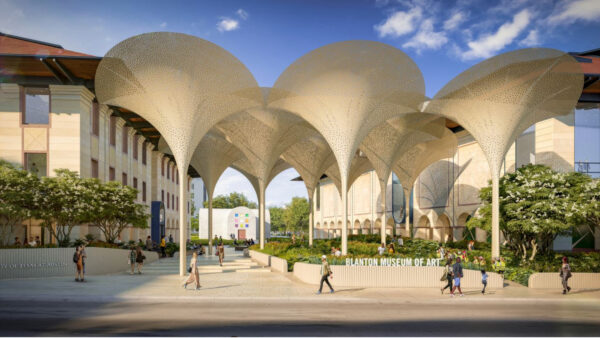 Today the Blanton Museum of Art at the University of Texas at Austin released plans for a new landscaping project that will be a connecting feature for the part of the campus that includes Ellsworth Kelly’s Austin. Led by design firm Snøhetta, the new ground design will feature a mural by 105-year-old Cuban-American artist Carmen Herrera, whose sculptures were recently installed in Houston’s Buffalo Bayou Park, among other public art to be announced. Hererra’s mural, Verde que te quiero verde (Green How I Desire You Green), will be installed on the exterior walls of the Blanton’s Mari and James A. Michener Gallery Building.

Says Simone Jamille Wicha, Director of the Blanton: “I believe that landscape has the power to transform a community, very much in the way that great art can transform our hearts and minds.” 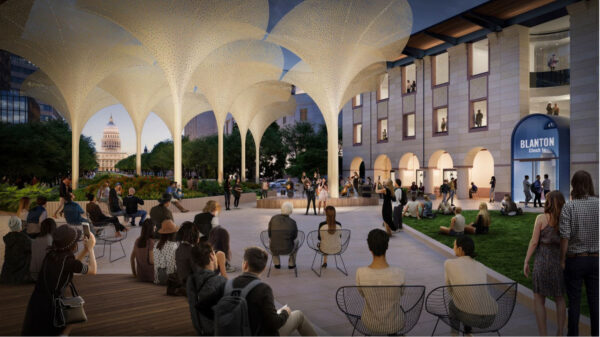 The Blanton’s outdoor design by Snøhetta 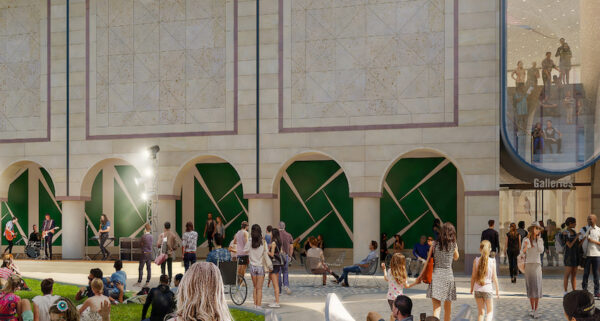 Detail of Carmen Herrera mural near the entrance of the Mari and James A. Michener Gallery Building

Among the enhancements to the Blanton’s grounds will be a petal-shaped canopy for the Moody Patio, which will diffuse light in the daytime and be illuminated at night. The new landscape will also include a meandering path lined with native plants culminating in garden areas and new seating. The entrances will feature protruding vaults inspired by the loggia arches that outline the museum buildings. 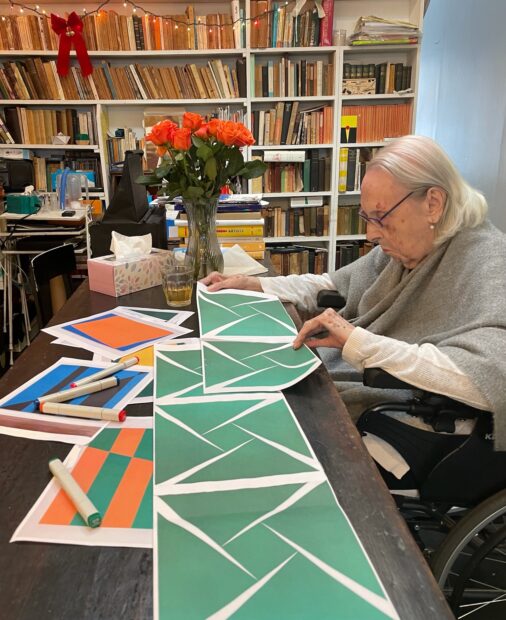 Groundbreaking for the project, which is scheduled to begin early this year and conclude in late 2022, will be done virtually on Thursday, February 18 at 7 PM.

For more information on the new landscape initiative or to learn more about the Blanton Museum of Art, please go here.

Lead funding for the Blanton New Grounds Initiative is generously provided by The Moody Foundation. Major funding is also provided by the Still Water Foundation and the Estate of Ann Bower. Further support is thanks to the Kahng Foundation, Jack and Katie Blaha, and other donors.