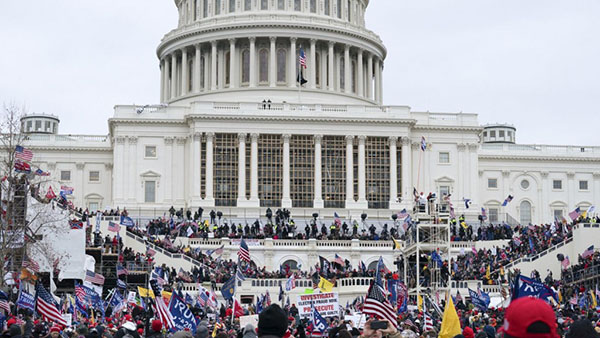 Just before dawn on Saturday morning on April 12, 1980, in my family home in Monrovia, Liberia, I heard what sounded like firecrackers off in the distance. I looked around the bedroom I shared with my brothers but nothing seemed out of the ordinary, so I tried to go back to sleep. Then — and I remember this as if it were yesterday — our bedroom door was flung open. From the top bunk where I slept it seemed strange. I thought the door had opened on its own. But it was my dad. He had opened it while crouched on the floor.

A split second afterward he was telling us — no, yelling at us — to get on the floor and under our beds. We were in danger. The sounds I was hearing were gunshots of celebration. The Liberian military had overthrown the government. My first coup.

The breech of the U.S. Capitol on January 6 brought back those memories from my childhood 40 years ago. Like 9/11, I didn’t think it could happen here. Ever. 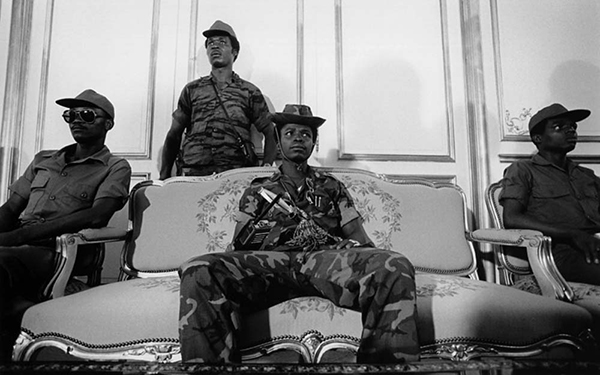 I had heard the word “coup” before. My dad’s addiction to the news included listening to the BBC, Voice of America, and subscribing to both Newsweek and Time magazines. I was frequently either within earshot of, or flipping through, news about hijackings, assassinations, coups and counter coups. No one thought it could happen to us. Until it did. In the confusion of that morning, we were all told to stay in our bedrooms on the floor. My parents later came in and gathered us into the living room. The radio was on and the curtains were drawn. My dad sat by the window with a government-issued Uzi. In my mind, my dad is always superimposed on the images I later saw of Malcom X at his window with a rifle. My dad worked at the Liberian Capitol building and at the executive mansion as a plainclothes cop.

As crazy as things were, it was also an inconvenience. That Saturday was supposed to be my day. I had practiced all week and was scheduled to give my first piano recital at the Maude Dennis School of Music. It was the end of my first (and last) full semester of music lessons. I was also scheduled to receive an award for perfect attendance. I had my white shirt and black pants pressed and ready, and I was determined to get up to the school. “Ms. Dennis said we had to be there at two,” I tried to tell my parents. I argued that she wouldn’t cancel just because the president died. 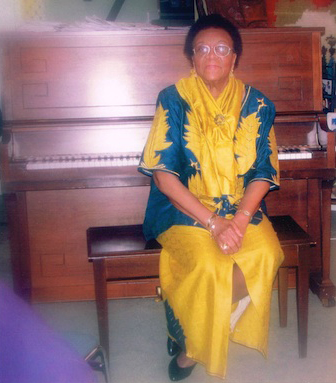 The president, William Tolbert, of course didn’t just die. The executive mansion was breached by a military unit led by a master sergeant named Samuel Kanyon Doe, in the early hours of the morning, and Tolbert was killed in bed.

As that morning dragged on, I got dressed for my recital, still convinced that it was a go. It had to be. I’d memorized my two pieces from the music lesson book (“Country Gardens” and Haydn’s “Theme from Gypsy Rondo”), and I wanted my perfect attendance certificate. We had rehearsed the day before and I was ready.

The afternoon was tense and we didn’t know what to expect. My dad had gotten a call earlier — people who worked in government were being rounded up. I sensed the fear hanging over our living room. I would later learn that people my dad knew and worked with had been rounded up, and some killed.

A dump truck full of soldiers came rumbling down our street. We normally got very little traffic, but they slowed down near our house. My dad sent us back into our bedrooms. He and my mom went out to the porch to face the soldiers. It was my uncle Robert and his army unit. They had come to make sure nobody fucked with us. My mom was pissed. “Don’t ever bring these people to my house again,” is what she later told me she had said to him.

My recital was canceled. Ms. Dennis escaped with her life. The family property hosting the music school had been ransacked, and members of her family killed. She had just opened, but had to abandon, a large music conservatory across from Sophie’s Ice Cream Parlor near the school. Sophie’s was part of my post-recital plans that never happened. 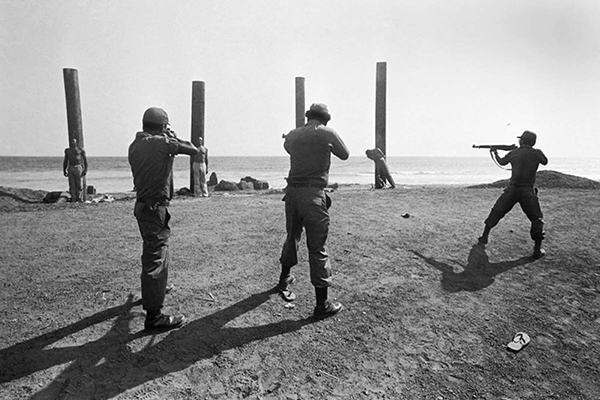 Cabinet ministers lined up for execution after a coup d’état in Liberia, 1980.

A speedy trial concluded ten days later. Most of Tolbert’s cabinet had been tried and convicted, and were executed on live TV.

Fast forward to 2007, Fort Worth, Texas. I walked into the building of the Fort Worth Star-Telegram for my interview for the assistant photo editor position, and on the lobby walls were scenes I remembered vividly from that day in Liberia. A Star-Telegram photographer had been in Liberia during the trial and the executions, and photographed the events. It won that photographer, Larry Price, and the Star-Telegram, a Pulitzer Prize.

To the agitation of my daughter I would sometimes ride my skateboard to work at the paper. “My friends said they saw you riding your skateboard downtown, dad [ugh].” On one such day, I went down to the basement of the newspaper where the massive presses had since been removed, leaving enough open concrete for a lunchtime skating break. There, in the basement, I saw and reviewed the full tray of slides from the Pulitzer presentation. 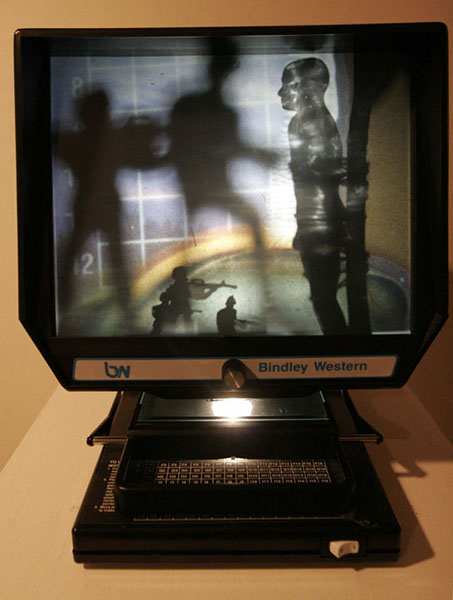 I later created a body of work that came out of my first coup experience and the dictatorship that ended in Doe’s own execution, giving rise to another warlord, Charles Taylor.

In the decades that have followed — after the seal had been shattered and our sense of untouchability as the oldest African republic had long since waned — Liberia is still digging out from the rubble caused by the rebels of the 1980 coup. And the ’85 coup attempt. And the ’90s coup led by Taylor.

What happened at the U.S. Capitol on January 6 could be seen as an aberration, but from where I sit, it feels like an ominous precursor. But this is America. It could never happen here.

Thank you for this viscerally crafted gift of a read on my Sunday morning before I even tucked into my once a week delivery of the NYT. So much resonance here, with my own history/memory and family stories, and the resulting insight to call a coup a coup. Not the thought space I anticipated to be taken to when I clicked Glasstire this morning.

Thank you, Betelhem. As we discussed in our Artist on Artist conversation, there are many parallels in our work. Thank you for reading this and I’m glad it resonated.

My dad walked into my bedroom, softly encouraging me to get up. I’d stayed up late the night before reading a book on the Russian revolution. When I begged to sleep later, Dad told me that he believed President Tolbert had been assassinated.
We spent the day huddled around the radio, hoping to hear news, listening to CIC Doe as he read his statement…”in the cause of the people, the struggle continues.” The fear, the uncertainty, the gunfire in the distance, the stories we heard of friends…it was a life-changing day for so many.
Coming to America felt safe. Frightening, strange, but safe. To this day, I have a visceral response to men in military uniforms, but at least here, the military was well controlled and poised no threat.
Then along came January 6th. Not the military, but a group equally as frightening. The memories flooded back. And the tears. Tears for lost innocence in both countries.
Thank you, Mr Blay, for sharing your story. I have tucked away in the back of a photo album Mr Price’s photo essay from the newspaper – extraordinary pictures of an extraordinary time. Be well, my friend.

Chris,
I had no idea that you’d gone through something like this! Unfortunately, we have now seen something similar here. Something must be done with this deranged man!

Thank you for sharing your beautifully written and amazing story, Christopher. It must have been very frightening as a child. It happened on the grassy knoll in 63 and I never thought it could happen again now. Still stunned by it all!

At the end of this essay, I exhaled and realized I’ve been holding my breath for four years.
This is a terrifyingly important piece, and needs to be widely seen. Thank you.

Christopher,
I am deeply saddened by the horrible interruption of your childhood.
I am thankful that you are sharing your experience as a warning to those here who will not listen to those of us who have been shouting for years. I will share your essay in hopes it reaches those I seem to have lost.
Sending love to you and my precious cousin.

Chris, beautifully written about the horrors you witnessed. Many of your personal experiences/details i did not know. Please send this essay to the NYT or others for publication. Thank you for this writeup. Sending love.

Thank you for writing such a thoughtful piece. It has given me a lot to consider and reflect upon my own experiences of Coups performed by multiple parties in Venezuela. So many differences yet so many intersections.

Chris – This is a great piece and a good reminder to humanity as whole. I experienced the Liberian civic conflict as well and currently in Afghanistan where they have not been lucky enough to get a break as did Liberia.

Chris, thanks for telling that story. There is nothing romantic about war! I wish more Americans would understand that.

Thank you for telling us your story.

Chris, I am ashamed to say I did not know this was part of your life and experience…all the years I’ve known you I should have been a better listener or asked better questions. Thank you so much for sharing this moving and formative story which as we know is so relevant right now in our country. Beautifully written and courageous.