Restitution, Repatriation, and Decolonization: What’s Next For “Brutish Museums”? 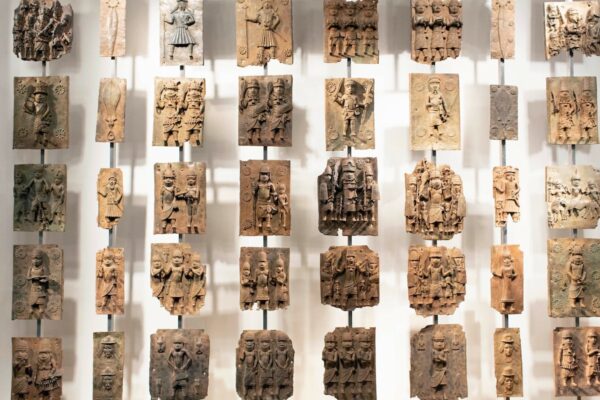 The Benin Bronzes on display at the British Museum. Photo credit: Lauren Fleishman for The New York Times

Museums are having a moment of cultural reckoning.

Across Europe and the United States, museums — specifically art, anthropology, ethnography, and history museums — are being asked about and expected to publicly address the oft-problematic legacies of their collections as well as their institutions. As historic entities, museums are inexorably and inescapably bound up in their histories of colonialism, white supremacy, extractive capitalism, and militant nationalism. Consequently, museums are not socially or politically neutral spaces; they stabilize and reproduce certain narratives and repress others. The items that are on display in such spaces and that make up collections are now in a very public spotlight as visitors, donors, curators, politicians, and scholars try — or not! — to reconcile the cultural power museums wield and how objects are displayed, why, and what histories they are being used to tell.

The Benin Bronzes are one such set of objects.

In February 1897, the British Navy launched a “punitive expedition” against Benin City, brutally subjugating the West African Kingdom of Benin as a colony of the British Empire. (Such punitive expeditions were part of the “small wars” that were an ever-present part of Victorian Britain.) An aggressive campaign engineered by Britain to its economic advantage, the campaign pitted 5,000 European (and African) troops, with millions of bullets and Maxim machine guns, against Benin soldiers with flintlock guns and knives. The losses suffered by Benin’s soldiers are incalculable — in no small part because Britain chose not to record the dead, let alone the displaced or wounded. British soldiers looted and burned their way through the city, plundering pieces of art from Benin City’s Royal Court of the Obas.

While it is difficult to quantify how many items were plundered, contemporary estimates put the number around 10,000 items. These brass plaques, bronze sculptures, and carved ivory tusks left the Kingdom of Benin to be passed on to Queen Victoria, the British Museum, and a plethora of private collectors. With notably few exceptions, the stolen items have not been returned. 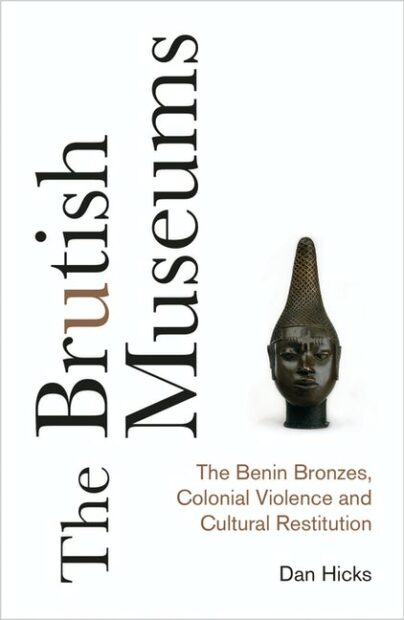 Today, the “Benin Bronzes” — the collective name to the looted artifacts from the 1897 expedition — are at the heart of debate about cultural restitution, repatriation, and decolonization of museums. In his book Brutish Museums: The Benin Bronzes, Colonial Violence and Cultural Restitution, Oxford archaeologist and Pitt River Museum curator of World Archaeology Dan Hicks, offers a passionate, unflinching critique of how the continued presence of the Benin Bronzes in British museums and national collections perpetuates the colonial violence that “acquired” them in the first place. “Each stolen object is an unfinished event, its density grows with each passing hour,” Hicks argues. “Ten thousand unfinished events.”

It’s easy to treat objects in museums as “finished” things — to assume that what we’re looking at when we see on item in a display case is a completed, final object. Something simply to be owned by a museum and admired by a public. This narrow definition of what an object is and how it “ought” to be means that it is impossible to imagine a museum-held object anywhere other than, well, in a museum. The future of such objects appears straightforward — museum, museum, museum.

For decades, traditional “object histories” suggest that it’s the life before the museum that requires explanation and history, but once a thing is musem-ified, that’s that. If Hicks were writing a traditional “object history” of the plundered items, readers would learn a lot about the history and craft of the bronzes’ manufacture, their cultural significance, and the ways that the artifacts have circulated the world since 1897. But an object history is told through the actions of people and institutions that encounter an object throughout its material life. This sort of narrative does not presume to command repatriation for artifacts or to call for restorative justice — to address the debts of colonialism owed in the here and now.

The Brutish Museums is not an object history and ought not to be, Hicks challenges, because object histories do not force readers to confront the systematic violence and colonial subjugation that is inexorably part of an object’s 21st-century identity. Biographies of objects — often paired with concepts like “entanglement” and written to offer objects their own sort of self-actualized agency — focus on action-oriented events and overlook the pauses, silences, and absences that are just as much a part of an object’s history as are the events that are easy to describe. Each new event is a new cultural strata neatly superimposed on the one below it — to dig into the past, one need only excavate the object, much like one would an archaeological site.

Such a perspective is not only insufficient to understand the history of the Benin Bronzes, Hicks contends, it is fundamentally unethical. (As someone who writes object histories, Hicks’ staunch censure of the method’s shortcomings made me squirm to think about the silences in objects’ histories that I have blithely written through, around, and over.)  Instead of writing object histories, Hicks advocates “necrographies” — death histories or histories of loss. This necrographic approach requires that the silences between events in objects’ lives be recognized. “This necrography of Benin 1897 is a forensic excavation not an anthrohistorical exercise, seeking not just to call out crimes, to count up the dead, to think ourselves back into the past like the historian — but to take action in the present,” Hicks contends, a point that puts the question of how objects are written about into the process of cultural restitution. A necrographic approach requires that audiences acknowledge the “death” associated with objects is as part of cultural restitution — as part of his necrography, Hicks offers a careful catalog of British citizens and institutions that historically took possession of the items. The approach makes object-oriented cultural biographies seem small and insignificant by comparison. 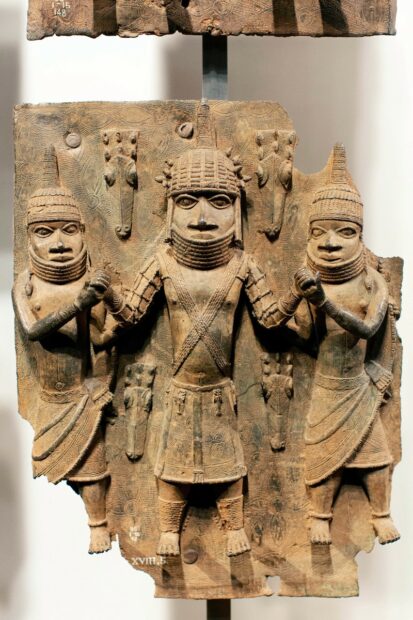 Not only does this require a theory of “taking,” it compels us to consider how “taking” in the late 19th century is part of what forms anthropological museum collections today. In other words, there are a plethora of ways to dress up and describe how looted items become part of museums’ collections; but understanding the legal means by which looted items were and are bought, accessioned, and gifted to museums underscores how museums can hide behind legal reasons for why it’s difficult to remove items from their institutions. Although it’s impossible to trace where 10,000 artifacts have scattered, Hicks offers specifics for several items and the people who took them — “a partial muster roll of the looters” — so that the necrography is as complete as possible.

Brutish Museums is a powerful call to action to both repatriate the Benin Bronzes and to begin a dialogue about the history of loss and violence that is inescapably part of the cost of British colonialism. It reminds readers that the oft-celebrated anthropology museums (“world history” or “ethnography” museums) where — and still are! — both weapons and methods of white supremacist ideology and extractive capitalist colonialism.

Any museum that isn’t taking a good, hard look at its history ought to. It’s time to reckon with such brutish history.

Agreed. On all points…