Happy holidays! Brandon Zech and Christina Rees share tips for the shows to catch if you’re a film buff, a music lover, a True Texan, or an art lover. (And if you have kids, some tantalizing sculptures).

“They are not jungle gyms. They are artworks.” 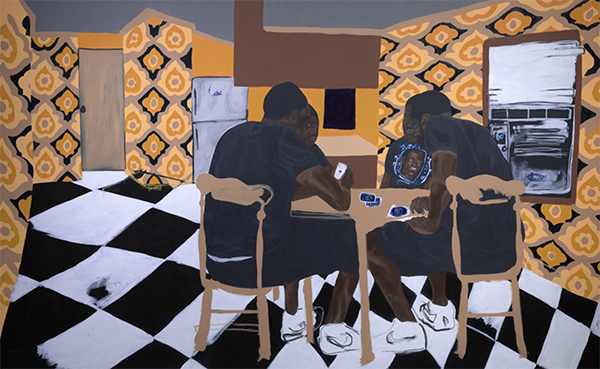 “To Be Determined  juxtaposes works from many centuries, geographies, and cultures to trace how the significance of art can shift when presented in new contexts. Drawn from the DMA’s global collection, the exhibition features works of art, sacred objects, and design from the 13th century to the present, including 13 new acquisitions and important paintings by Dallas-based artists. To Be Determined affirms the resilience of individuals and communities through evocative—and occasionally unexpected—groupings of works that resonate with current and historical struggles.” 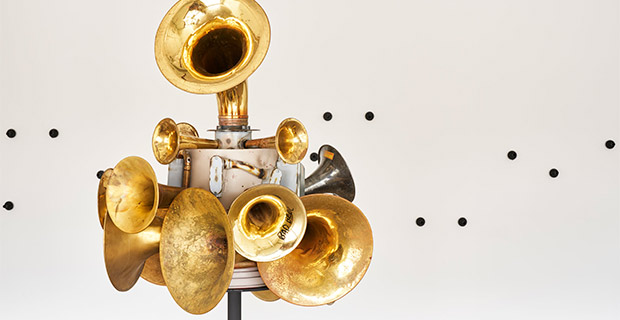 “Day is Done features sound sculptures by Austin-based artist Steve Parker. His work explores communal experiences that examine history, systems, and behavior. The exhibition features a new work inspired by Guy Taylor’s public performance of Taps each evening in downtown Galveston and the tradition being carried on by Constable Clint Wayne Brown. Parker’s site-responsive sculpture for Galveston is made from salvaged brass instrument bells that play a composition of collected recordings of the lyrics of the well-known Taps tune. This work reflects on its roots as a call to retire for the evening and metaphor for life and death. The exhibition also features Parker’s 2018 work Sirens in the second-floor vault, which reimagines the function of the contemporary civil defense siren. Rather than projecting conventional warning tones, Sirens plays intermittent recordings of songs of distress as a call to action.” 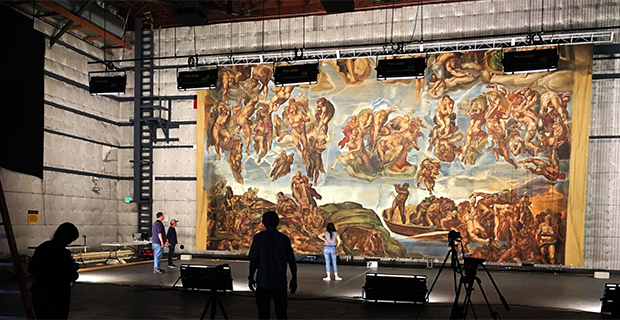 “In a first-time collaboration, the McNay Art Museum and Texas Performing Arts (TPA) at The University of Texas at Austin (UT) join together to debut six rare hand-painted, sound-stage backdrops from Metro Goldwyn Mayer (MGM) Studios alongside artworks from The Tobin Collection of Theatre Arts in the Museum’s latest exhibition, Hollywood’s Sistine Chapel: Sacred Sets for Stage & Screen.” 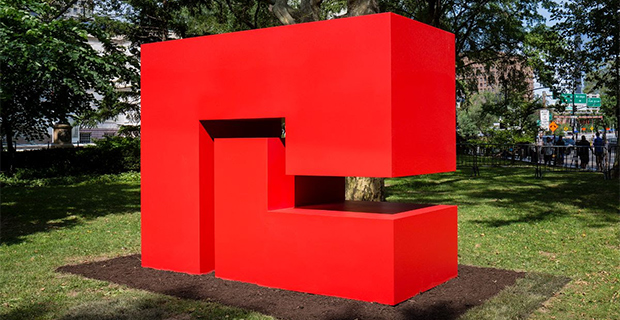 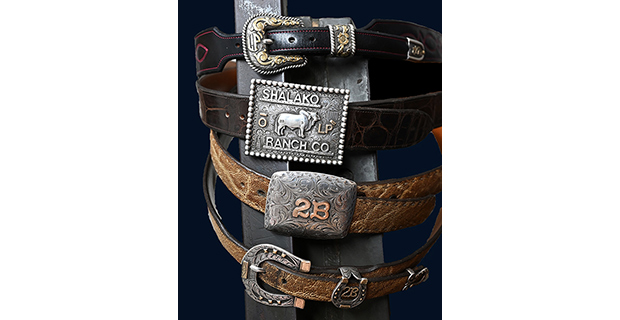 An exhibition featuring craft and traditional folk arts from the Concho Valley.

“With generous support from the National Endowment for the Arts, SAMFA presents a juried collection of fine craft and folk artistry from twenty-two makers across nine counties in the Concho Valley. From silverworked bits and spurs to hand tooled saddles, from richly textured loom weavings to eye-catching patchwork quilts the exhibit will explore the wealth of handwork that mirrors the character of the region.”

I am happy to see you mention the Hollywood Backdrop now showing at the McNay. I’d like to give a shout out to Karen Maness who is the spearhead behind bringing that together. Not only is she a professor at UT who teaches that Art but she also is a co-author of a book on the Hollywood Backdrop. Visit her website to see more. It really is a beautiful art and the book is really incredible.