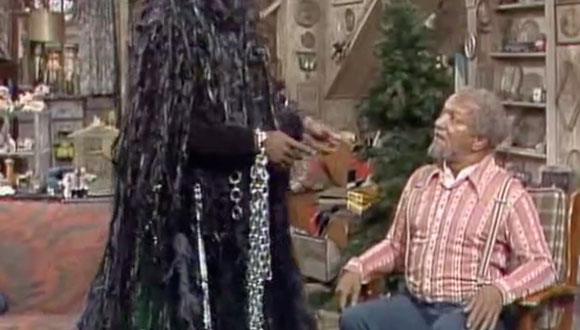 Growing up just over 400 miles north of the equator, my family’s Christmas tradition was as far removed from the ones that I watched on American television as the two countries (the U.S. and Liberia) were apart. We would load up the car (over the years it was a Volkswagen, a Chevy Monte Carlo, or a Toyota Corolla), and head to Cooper’s Beach, just east of town. The journey required three trips which usually involved the first group with half the food, followed by the next group with enough people to set things up, and then the last group with more people and more food. 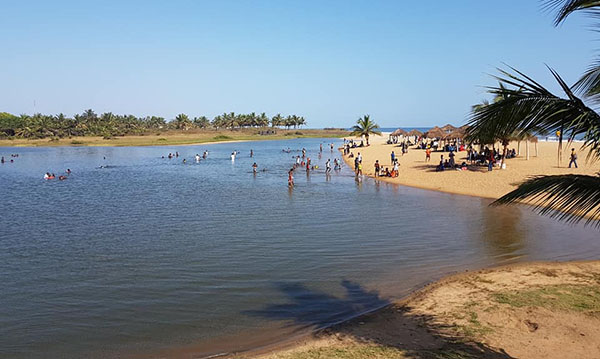 For almost the entire day, from mid-morning to sunset, our boom box with its eight size-D batteries would blare a mix of African and western music while we ate more food than anyone should eat before swimming. Many other families celebrated on the crowded beach, and those are some of my favorite Christmas memories. As this year has brought with it precious little to celebrate, my thoughts drift back to these times, and remind me of the television shows we would watch in the days leading up to our beach trips.

Programming on ELTV, the only channel we had back then, began around 6pm and continued until midnight, and everyone that had a TV would watch and talk about the same shows. I grew up watching Good Times, The Jeffersons, Sanford and Son, Diff’rent Strokes, and any number of other late-’70s, early-’80s prime time TV shows, including Falcon Crest, Dynasty, and Dallas. The sitcoms on this list, usually aired a Christmas episode (two involving dream sequences), and although mostly campy, they remain part of my childhood Christmas memories.

In the two-part Norman Lear creation Good Times “Traveling Christmas” episode, J.J., played by actor and comedian Jimmy Walker, delivers a simultaneously hilarious and gut-punch reality line about a situation that many are facing even during the 2020 Christmas season: job loss. In walks J.J. wearing a Santa suit when Ma (the late Esther Rolle) asks why he is home early from his Santa gig at the department store. “The boss said something to me that made me stomp off and rip off my beard!” “Well, what did he say?” “You fired!” A teenage Janet Jackson opens the episode with Deck The Halls, Evans’ family version.

Perhaps the funniest of these childhood episodes for me was Season 5, Episode 13 of Sanford and Son, titled “Ebenezer Sanford.” In it Fred Sanford (Redd Foxx) continues his long-running banter with his nemeses Aunt Esther, his son Lamont, his buddy Rollo, and pretty much every other cast member. His Scrooge-like response to Christmas turns him into Ebenezer Sanford when he falls asleep, and is visited by the ghost of Christmas Past, to which he responds “Oh, well, look here: I’ll give you $3 for them chains, $2 for that outfit, and 30 seconds to get out of my house!”

An episode of Benson (Season 6, Episode 13) has the title character in an out-of-body experience after an accident. Benson, played by the late Tony Award winner Robert Guillaume, is greeted by his late mother in “the good place,” and has to choose between going in or going back. In another Ebenezian (or George Bailey) twist, Benson is shown how the lives of the people around him would be affected without him around.

George Jefferson (Sherman Hemsley) in the series The Jeffersons plays a curmudgeon who has no patience for anyone, nor is anyone spared by his incessant zingers, including his wife Weezy (Isabel Sanford), their housekeeper Florence (Marla Gibb), and the interracial couple played by Roxie Roker (Lenny Kravitz’s mom) and Franklin Cover.

George is roped into playing Santa for a group of orphans. “Hey man, you ain’t Santa Clause, cos Santa Clause ain’t Black, he’s white,” blurts out one kid. Although George goes on to make a promise he couldn’t keep, the episode wraps with a happy Christmas twist.

Getting ripped off at Christmas is no joke. But if you were Phillip Drummond (Conrad Bain) living in a Manhattan penthouse, you could brush it off. For the premise of the show, Drummond, in a then-fashionable gesture of adopting Black kids from the “ghetto” of Harlem, brings Arnold (Gary Coleman) and Willis (Todd Bridges) to live in the penthouse. In Diff’rent Strokes, Episode 5, Season 12, titled “Santa’s Helper,” it is Santa doing the helping. Helping himself down the Drummond’s chimney. The kindly Mr. Drummond forgives Santa and gives him a gold watch. The End!

Black television in the ’80s was a carved-out space in pop culture, thanks to producer Norman Lear (Good Times, The Jeffersons, Sanford and Son, and others). It extended beyond these shores, and became a part of the lives of most of my friends and family, even though we spent less time opening gifts, and more time on the beach.