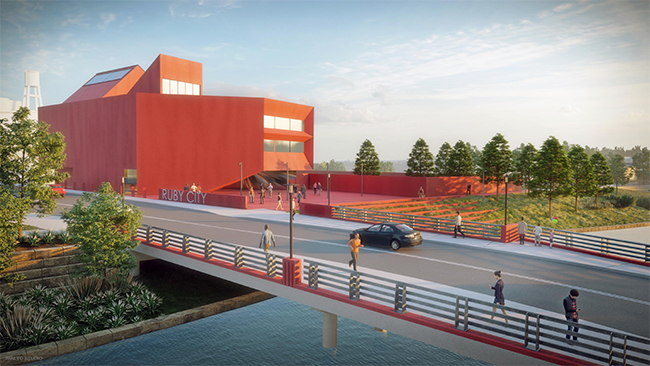 Ruby City, the San Antonio contemporary art center which opened October of 2019, has announced that phase two of its campus expansion has begun. As part of the San Pedro Creek Culture Park, which, according to the San Antonio River Authority will generate a $1.5B in economic impact for the San Antonio region, Ruby City will enlarge its entry plaza and create a descending terrace towards San Pedro Creek.

Says Adjaye: “Given the beauty of the landscape and San Pedro Creek’s central role in San Antonio history, we envisioned Ruby City as facing the creek and visitors entering from a plaza along the top of the creek bank long before construction began. With the building complete, we’re now expanding the plaza down to the water with a series of red, planted terraces, echoing the mineral used in the building’s architecture and what founder Linda Pace saw in her initial dream of the Center.”

Construction is scheduled for completion in early 2023. 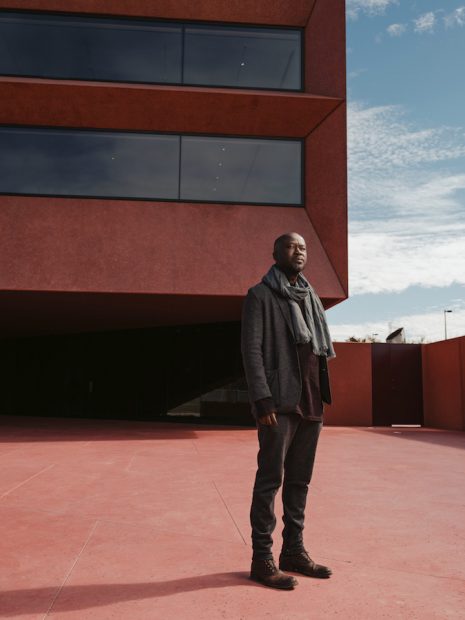 States Alamo Architects’ founding principal Irby Hightower: “The San Antonio River Authority designers incorporated Adjaye’s idea into this section of the Culture Park project. Since this is also where the creek changes from its historic, hard-edged, canal-like cross section into a softer, more natural channel, Ruby City’s red plaza and terrace are a transition point between the two different characters of the creek.” 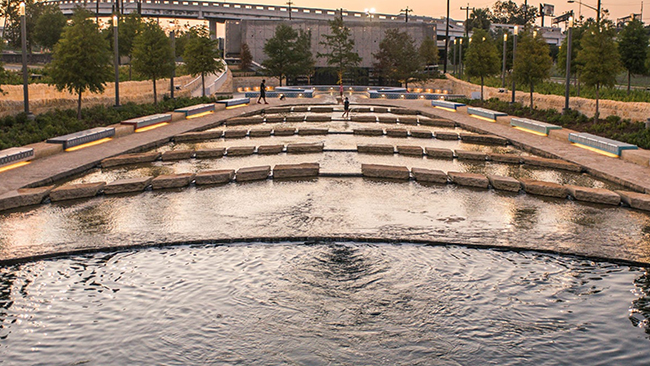 The first segment of the San Pedro Creek Culture Park, completed in 2018.

The San Pedro Creek Culture Park is a restored urban greenspace that leads into downtown San Antonio from the area next to Ruby City.  It is currently in phase two of four, and features design and public art about San Antonio’s history. The project also restores the creek’s ecosystem while at the same time preserving its history, and aiding flood control efforts with its additional four miles of walking trails and eleven acres of landscaping.

Carrie Brown, public art curator with the San Antonio River Authority, says: “The seamless connection from San Pedro Creek Culture Park to the Ruby City campus represents a vital connection between our city’s rich history and its vibrant future. The synergy between the cultural fabric of the park and Ruby City as an iconic art institution with celebrated architectural design presents amazing partnership opportunities and we look forward to collaborating with staff to develop exciting and meaningful programming.”

For more information about the project, please go here.