Along the dirt trails of the West Texas Chihuahuan Desert, Suzi Davidoff takes a hike. With her hands, she collects earth and plant matter that she’ll later press into the surfaces of her drawings and prints, and with her eyes, she collects impressions of the many birds that call this environment home. The El Paso artist has lived in this part of the American Southwest all her life, and her passion for the land and its living creatures runs deep.

Davidoff’s home is ranked fifth in the top twenty most endangered bird habitats in the United States. Threatened by deforestation, livestock grazing, development, flood control and agricultural projects, this delicate area is increasingly unable to sustain its avian inhabitants. In response, Davidoff created her latest project Vanishing Avians, now on view at the Flatbed Center for Contemporary Printmaking in Austin. Davidoff’s monotype prints and charcoal drawings draw attention to the threatened plant and bird life of this fragile ecosystem. Her lush, layered, earth-toned works gently compel us to not only appreciate the beauty of nature, but to preserve it, too.

“There’s a perception outside of the desert that it’s barren and that there’s nothing going on here,” the artist told me in a recent Zoom call from her El Paso studio. “But by emphasizing these small bird forms and blowing them up [in my artworks] to a size that the viewer can’t ignore, I bring them to the forefront.” 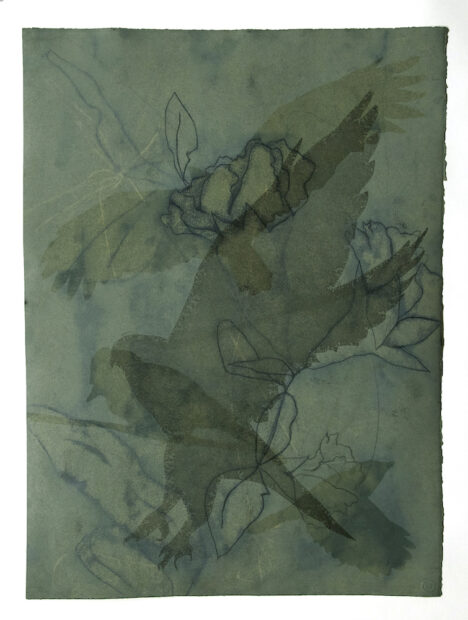 Vanishing Avians focuses on four local endangered avian species: the Northern Aplomado Falcon, the Southwestern Willow Flycatcher, the Western Yellow-billed Cuckoo, and the Black-capped Vireo. Rendered in silhouette, Davidoff’s birds are shadowed versions of their real-world models, and could serve as stand-ins for the countless other animals that are currently at risk. But despite her simplified forms, the artist is still in pursuit of a kind of specificity: “I’m looking for the essence and the energy of that object within the edge,” Davidoff explained. 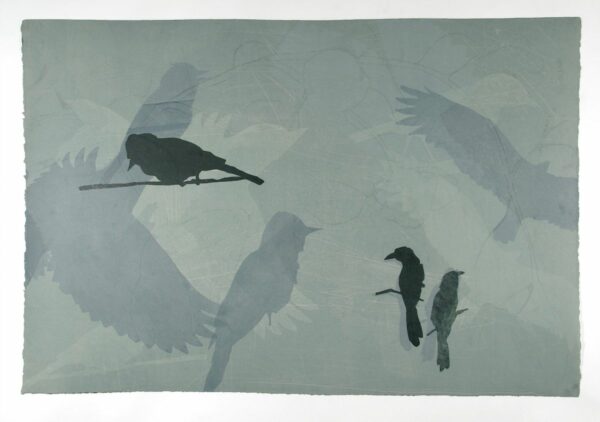 The desert landscape that Davidoff grew up in has indelibly shaped her artwork. “El Paso is surrounded by all this space, and the mountains, the sky, {and} the horizon are pretty central to the way I grew up and the kind of spaces I like to be in,” she told me. Accordingly, the diaphanous layers and large scale in her latest body of work imbue a sense of boundlessness. In pieces like Many Walks on the Same Path: Penstemon 2 (2020) and Vanishing Avians 10 (2020), flower petals and bird wings that are clipped by the edge of the paper seem to expand well past the confines of the image. By contrast, Davidoff’s rich, velvety ink and charcoal blacks — a sign of her printmaking background — ground the works in a sense of corporeal density. These plants and birds are in motion, but they are undeniably real. 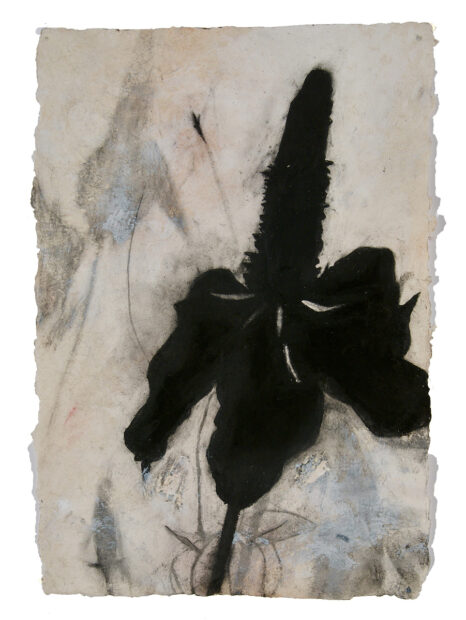 A significant part of Davidoff’s process takes place ‘in the field.’ As such, her predecessors include the artists who recorded plants and animals through drawing in the many European scientific expeditions of the colonial period. Davidoff also cites Margaret Mee, a 20th-century British botanical artist who specialized in plants from the Amazon rainforest, as an influence. Davidoff extensively researches the status of the plants and animals she depicts. She types up her findings on her manual Olivetti Lettera 30 typewriter and displays this information alongside her artwork in her exhibitions.

Despite her ties to botanical and zoological illustration, Davidoff told me that “formally, my work is based a lot more in abstraction than trying to get an exact representation of something.” In this sense, her references include artists like Richard Long and Ellsworth Kelly. Certainly, Kelly’s lifelong plant drawings series find their parallels in Davidoff’s lyrical but observational forms. And William Kentridge’s pioneering exploration of charcoal drawing and animation is also an inspiration; Davidoff has experimented with the same medium and techniques extensively, though with different subjects and goals. 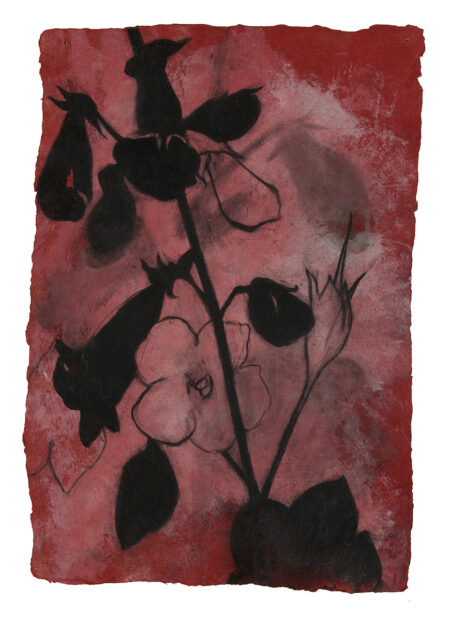 It’s impossible to avoid the dilemmas of the natural world when looking at Davidoff’s works: global warming, ecosystem destruction, and other environmental ills inevitably lie at the edges of her visual universe. But as Kerry Doyle noted in a 2017 catalog essay, Davidoff has a “talent for calling our own attention to the intimate specifics of the world around us.” Her sincere concern for nature is matched by the pleasure of capturing it in her artworks. They can help us look a little closer, too.

Suzi Davidoff: Vanishing Avians is on view at the Flatbed Center for Contemporary Printmaking in Austin through November 30, 2020