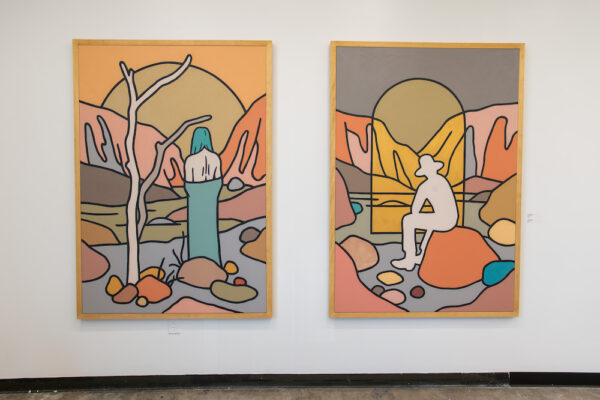 When Tom Jean Webb was a boy, he spent a lot of time visiting America in his mind. The London-born artist lived next door to his grandfather, “a fan of all things American,” Webb says, whose home was filled with relics of the United States. Together, they watched countless Western movies and examined maps of the American Southwest, reading out its exotic place names to savor “how magical it all sounded.” Webb’s grandfather bought him his first Stetson hat and cowboy boots, and set him on a path to pursue the places in those maps, including Austin, where the artist now lives.

“Growing up in the UK, I think I always had a sense of being on a small island, [and] that the borders were too close,” Webb told me in a recent email sent from Tucson, where he was working on a mural project. Before he relocated to the US five years ago, the artist longed for the wide, open spaces of the American Southwest, wishing to “step out of my house, start walking, and not worry about having to stop for ocean.” The need wasn’t just spatial, though; Webb also craved the sense of adventure and creativity he imagined that this far-off land would grant him. Inevitably, the hankering took hold, and Webb up and moved West. 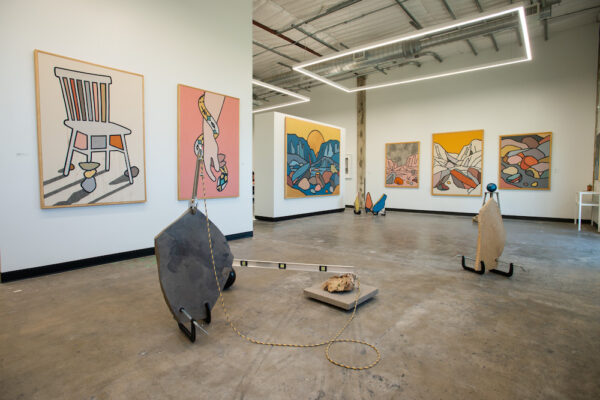 These Whispering Winds at Ivester Contemporary in Austin gathers Webb’s recent large-scale paintings and found-object sculptures. The exhibition’s title is the stuff of a Marty Robbins song, and Webb’s pastel desert landscapes do indeed conjure up a romantic Southwestern vision. Influenced heavily by the lure and the lore of The West, Webb’s work gives us a glimpse of what these lands look like to someone who comes from so far away. 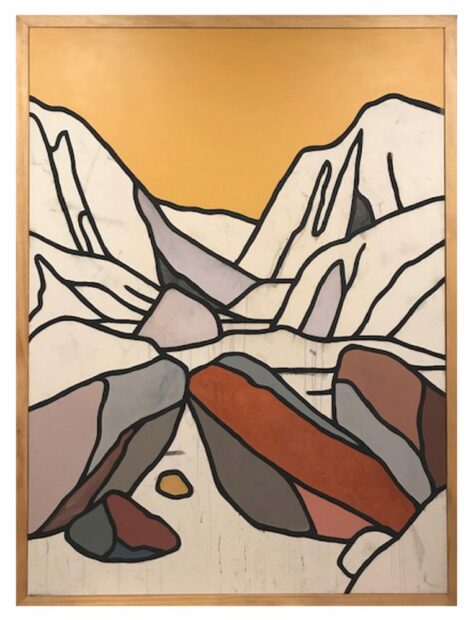 Webb has been depicting the Southwest in dreams and on paper since long before his arrival to the region in 2015. “When I would sit and draw, these were the places I took myself to, and so it felt quite natural to make the work I did,” he said. Now that Webb lives among the places he studied in those movies and maps with his grandfather, his focus has shifted. Where his previous work was questing for an ideal, his recent work attempts to connect to the realities of that long sought-after landscape. And for Webb, the process of discovery is grounded in hard work and fun. 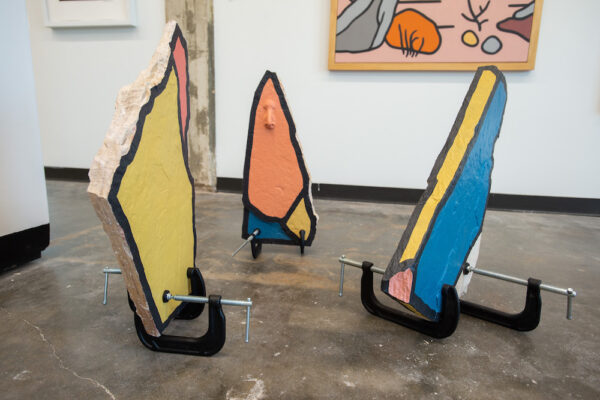 Webb’s favorite artist isn’t Frederic Remington, Georgia O’Keeffe, or any other major Southwestern figure. He prefers Robert Rauschenberg, and specifically Rauschenberg’s sculptures and fabric pieces, because, in Webb’s words, “you can almost feel the fun he had making them.” Making is also something Webb was steeped in early on: his mother is a curtain maker, upholsterer, and teaches clothes making, and his grandfather built and restored motorcycles and cars. “I saw first hand the joy of making something based on a passion for that subject,” Webb explained. His paintings’ high level of polish — their harmonious colors, smooth surfaces, and balanced compositions — demonstrate Webb’s reverence for his craft. 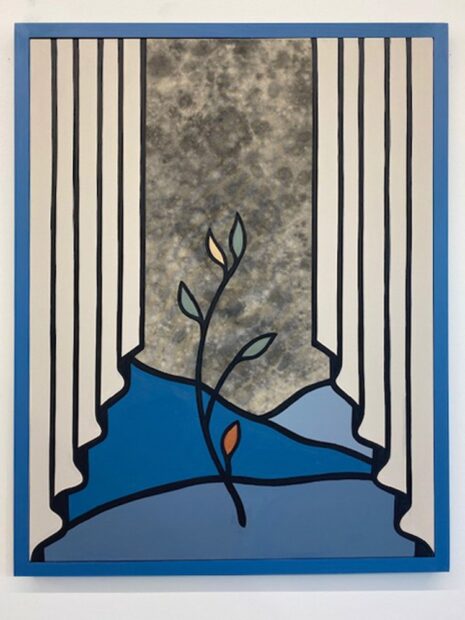 There’s an ordered dreaminess to Webb’s paintings. His solitary figures, lonely landscapes, and muted palette lend a certain romance, while his thick, black outlines — which surround everything in his images, from stones to mesas to snakes — make the individual elements in his paintings look like pieces in a puzzle. The artist says he’s always been “obsessed with the idea of space … particularly negative space.” And unlike the messiness of live landscape, with its changing weather and roving inhabitants, Webb’s carefully-plotted designs mean that his puzzle pieces lock neatly in place. 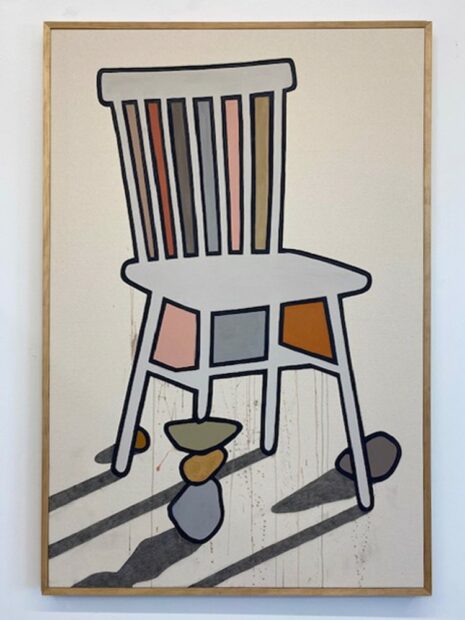 Space — in the landscape or on the canvas — is clearly Webb’s creative territory. But when he deviates from scenery, interesting things happen. Although it resembles a Matt Kleberg painting, Life Behind the Curtain (2020) presents a tantalizing alternative to Webb’s typical sweeping views, and its washy, dyed canvas adds refreshing texture to Webb’s controlled, even fields of acrylic. Between Moment and Matter (2020) — a white wooden chair with one leg propped up by rocks — is the most obvious link to Webb’s funky, funny sculptures. With an odd human nose protruding from a painted flat slab of limestone, Standing Rocks of All Colors II (2020) displays an unexpected dash of humor.

“In many ways I genuinely feel like I’m on that same journey I started as a child, that this is all the same path from the same story,” Webb told me. That story plays out in his paintings, which means we get to share it, too.

On view at Ivester Contemporary in Austin through November 28, 2020.