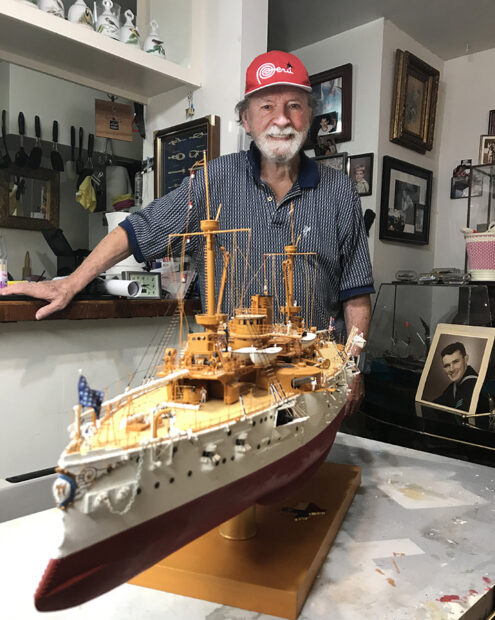 Houstonian Robert Delton (Bob) Ivy Jr. has died. He was 85. The United States Navy veteran, former Houston police officer, and artist died at his Montrose-area home on Tuesday, October 6. Known to friends and neighbors as Bob, Ivy was born on September 27, 1935 in Houston to Robert Delton Ivy and Geneva Snell Ivy. 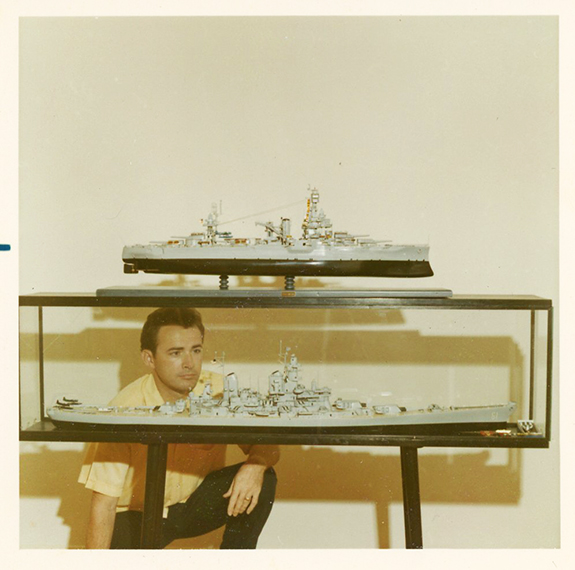 Ivy’s stint in the United States Navy lasted eight years, through the 1950s, after which he spent 11 years as a Houston police officer. His career trajectory then shifted, and from 1970 until his retirement in 1998, he was a technical illustrator. It was during retirement that Ivy focused on building model ships from scratch in his home studio, were he worked on his models daily. 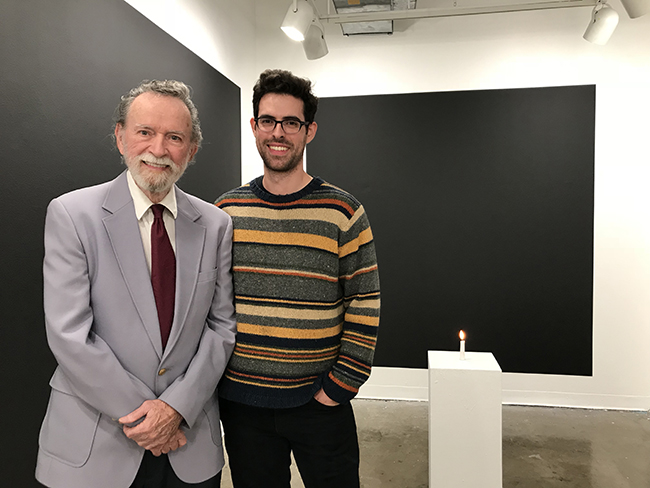 Martin Ivy, a self-described “studio brat” of his dad, and also an artist, spoke to Glasstire about his late father. “He was just a cool dude, simply laid back, loved to talk to artists about their work, and always positive,” says Martin. “His death was unexpected, but he was happy doing what he loved to do, which was to make art. Growing up as a kid in Houston in the late ’30s through the post-war era, building toys and objects simply from a box of parts — and not to mention growing up near the ship channel on the east end — all contributed to his desire to make model ships.”

Martin also noted that the first exhibition of one of his father’s models was of the San Jacinto monument Battleship Texas  — a model he built in the 1960s, which was part of his series of works titled Texas Maritime Firsts. It was displayed in the real battleship, and later at Houston City Hall in the late 1990s, after which it was returned to Ivy. Ivy also built a model of the 1895 version of Battleship Texas, and it was featured in a now-lost episode of PBS’ The Eyes of Texas. 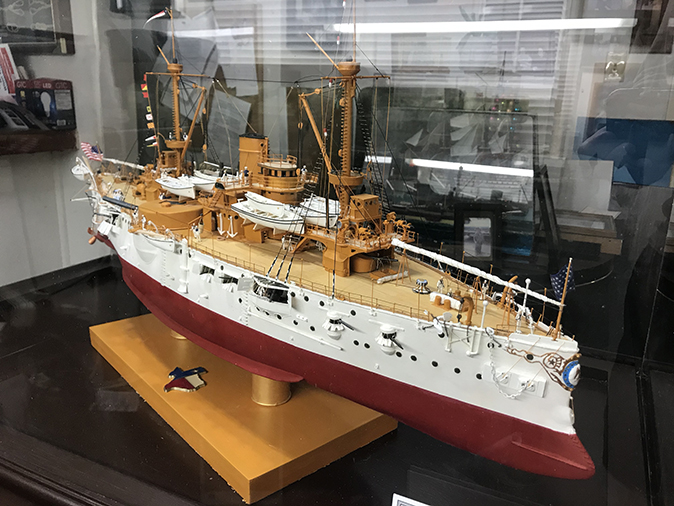 Ivy’s model of Battleship Texas of 1895.

Ivy’s model of “The Second Cruiser Houston,” the third ship ever named after the city of Houston, was exhibited in the Houston Museum of Natural Science’s old Texas History Wing; the artist also saw his work exhibited at the Navy Museum in Washington D.C., as well as Front Gallery in Houston. Bob would often joke: “A psychiatrist once told me that building models was the only thing I did right!”

“We were fortunate enough to feature Bob’s work at Front Gallery, and even more fortunate to have him as a friend and neighbor,” writes Front Gallery founders, the artists Sharon Engelstein and Aaron Parazette, in an email to Glasstire. “He was an artist to the core — true to his vision, dedicated to his craft, and generous with his offerings. To say he will be missed is an understatement. We loved him dearly.” 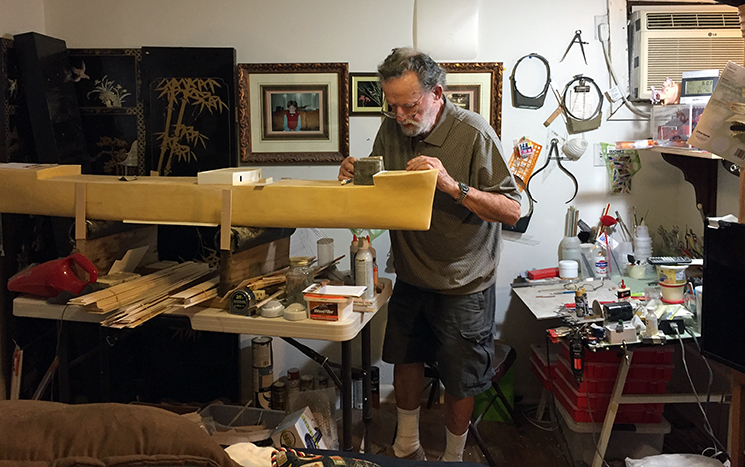 “I will remember Bob’s good cheer and kindness, but mostly I’ll remember his intense dedication to his work,” continues Parazette. “While we don’t often think of those who build models as ‘artists,’ Bob Ivy was without a doubt an artist of the first order. His dedication to his project — in concept and craft — put him in a class of artists that few others in our city can claim. He always had work to do, and he did it diligently and magnificently every day. I will miss seeing and talking to him on his daily walks in our neighborhood (he was the unofficial mayor of Bonnie Brae), and I will miss his inspirational presence. All who knew and loved Bob are the better for it, none more so than his fine son Martin, who in his own way is carrying on Bob’s work.”

Bob was an amazing artist who is loved by his family and friends and will be deeply missed by all who knew him. He is preceded in death by his mother and father and is survived by his sons Robert Delton Ivy III and Martin Hodge Ivy, and his siblings Melinda Ivy Branan and John Andrew Ivy.