Wired Differently: Kelly J. Reyna and the Intricacies of Communication 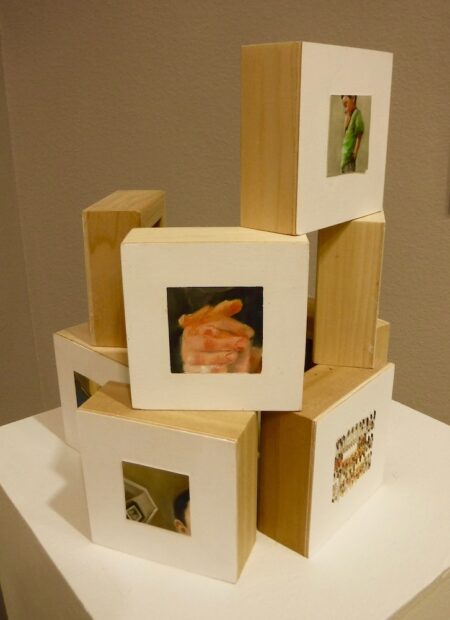 Work by Kelly J. Reyna, on view in Lubbock

A philosophy professor once presented my class with the artistic analog to the tree-in-the-forest/noise riddle: “If someone paints a painting, then locks it away in an attic where no one else sees it, is it art?” In other words, is there a prerequisite of both a sender and a receiver, a sound/message sent and perceived, for the noise/artwork to be. Most aesthetic theorists would include communication among the necessary, if not sufficient, conditions for art. Moreover, communication researcher Albert Mehrabian’s holds that communication is 93% nonverbal; when vocal intonation is removed, it is 55% visual (i.e., facial expression, body language). But for individuals whose experiences reside within the autism spectrum, such prescribed standards don’t reflect the reality of their multi-modal forms of communication. To one who cannot readily interpret body language, who does not verbalize, what types of gestures and symbol systems become channels of meaning-making?

Kelly J. Reyna’s exhibition Wired Differently, at Lubbock Christian University, explores the intricacies of communication between herself and her child. “As a whole, my work is a language study,” she says. “It is a maternal exploration inspired by my experience in communicating with my youngest son …  who has been diagnosed with Autism Spectrum Disorder (ASD) and is considered nonverbal.” Reyna’s investigation takes the form of paintings and constructions that center upon various stimuli — tactile and gestural symbols — that lie beyond typical parameters of (non)verbal language cues found in day-to-day communication.

An installation of painted, stacked cubes (pictured at top) points to constructed aspects of meaning-making while recollecting children’s building blocks. Images within these, and throughout the exhibition, include the varied means through which Reyna and her son communicate and connect: gestures, hands, and (his) hearing of spoken word. 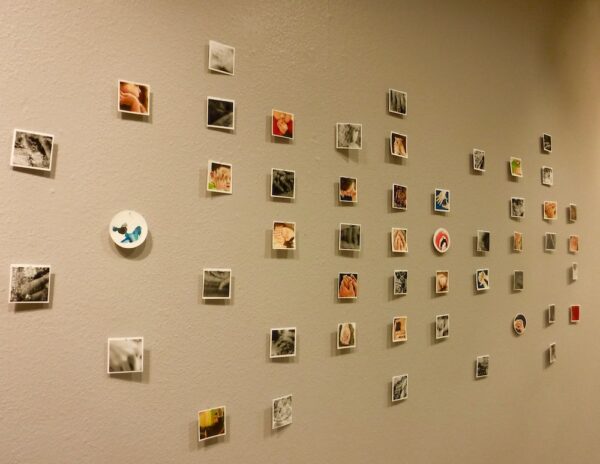 In both this piece and Reyna’s wall installation, small individual components create a larger whole. This reinforces communication-as-a-construction-process, while also suggesting the discrete stimuli that inundate, and must be navigated and made sense of by, the person with ASD. 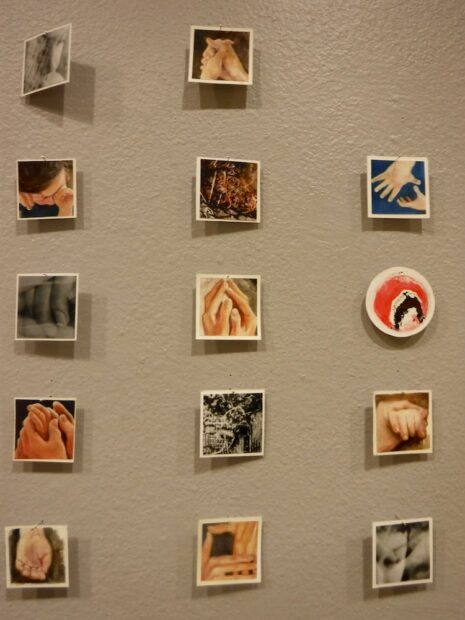 Thread (as connectedness and “wiring”) appears throughout the show, as painted element and as directly sewn into the paintings. These are often included in Reyna’s depictions of hands, expressive “portraits” of her own gestures and also studies of her son’s hands in hers. 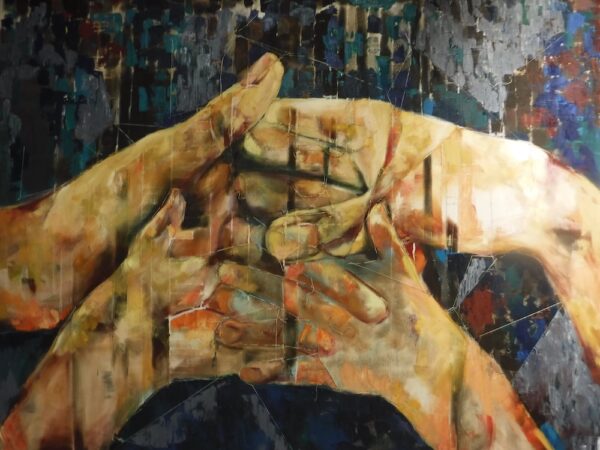 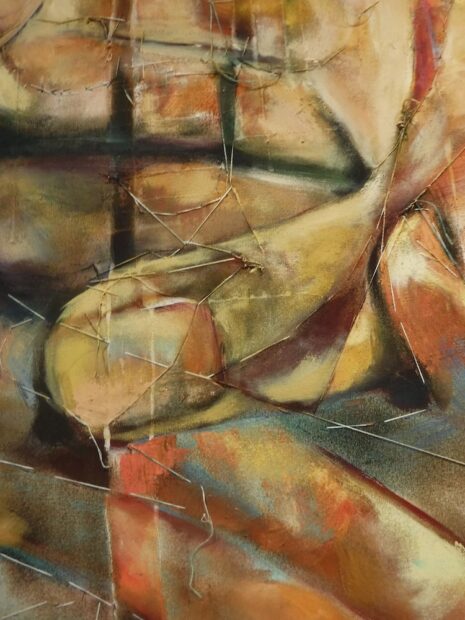 It is these works, of mother’s and son’s hands together, that are most powerful. They are a world unto themselves, a window into which the viewer is invited to peek, and the invitation is a privilege. These paintings evoke a sense of yearning: a desire to give, respond, and belong to one another. Disability Studies scholar Aimee Carillo Rowe, in considering notions of relationship and different-ableness, posits that separating the term “belonging” into two — be longing — shifts its meaning from stasis to process, “a movement toward community that emerges from a yearning toward interdependent relationships.” It is in how we find connectedness in spite of, or due to, our different wirings that Reyna’s work communicates most eloquently.

On view through October 14.