Brandon Zech and Christina Rees on a show that’s made for election season, a group show about artists’ take on nature, and the return of a native Texan artist who made his way home from Washington 100 years ago.

“There’s no reason to go back. You’re in Texas now.” 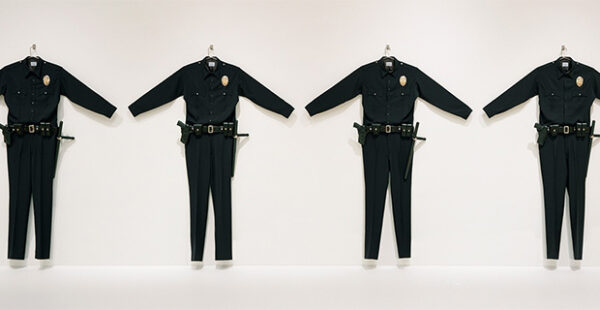 For registration to the opening reception for this exhibition, go here.

From the Moody Center for the Arts:

Music will be provided by DJ Sun outdoors on the Moody patio. Houston Poet Laureate Leslie Contreras Schwartz will perform the poem-sound piece “anthemic” composed in response to the exhibition during the 7-8 p.m. time slot on September 18.”

“Reflecting on some of the most pressing topics facing American democracy, States of Mind: Art and American Democracy is timed to coincide with the 2020 presidential election in order to encourage dialogue around current social and political issues. Many of the works on view examine the status of our country’s founding principles of freedom and equality, while others engage with questions of voting access, gun control, and immigration policies — three issues that are common throughout the United States and of particular concern to Texas.” 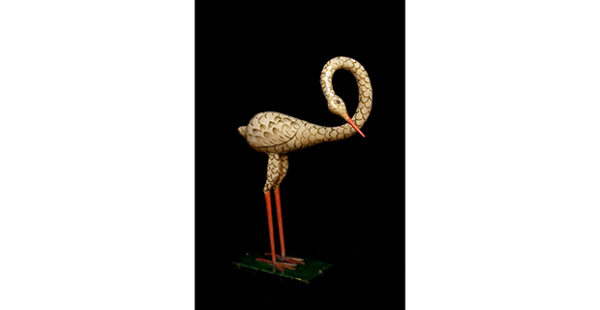 “In the spring of 2017, there was a confined flood in the Latin American Folk Art gallery. This incident required a complete deinstallation in order to repair the gallery space. After being closed for three years, the gallery will reopen on September 12, with a new interpretation of our treasured collection.

“This installation features some of SAMA’s best-known works of folk art, and incorporates interpretive strategies and innovative programming that reflect contemporary discussions about Latin American folk art,” said Lucia Abramovich, Associate Curator of Latin American Art. “Our hope is that this installation will promote programmatic partnerships with regional, national, and international artists and scholars working with this material.” 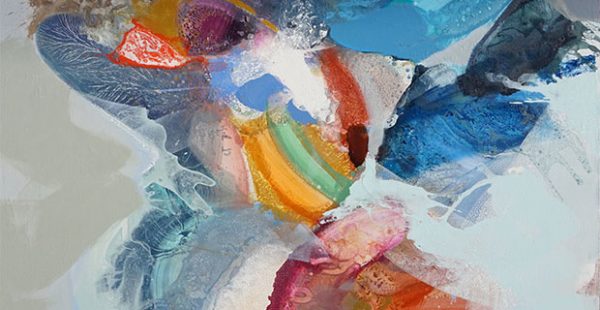 “Oscar Wilde’s saying, ‘Nature imitates art,’ is a truism, for art is one of the ways through which human beings penetrate Nature. This exhibition, featuring a collection of works by the gallery artists, illustrates the immense influence Nature has on the inspiration of the artist, and enables the viewer to experience each artist’s unique aesthetic involvement with Nature.” 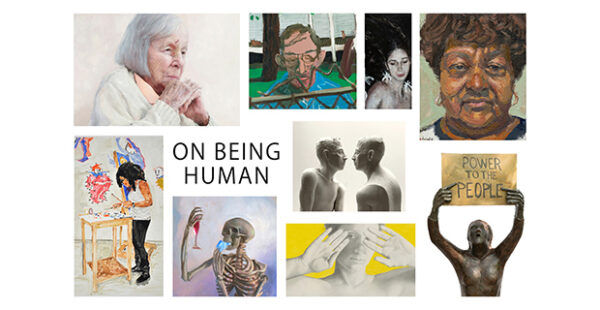 A group exhibition from Valley House Gallery. See a preview of the exhibition here.

“On Being Human will be on view every Monday through Saturday, 10:00am-5:00pm, from August 29 through October 31, except Labor Day. 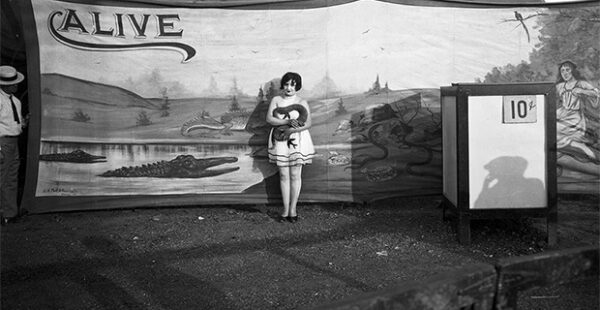 A retrospective photography exhibition featuring the work of Basil Clemons.
From the Old Jail Art Center:

“At the age of 16, Basil Clemons (1887-1964) left Texas and headed to California. His restless nature led him to San Francisco, Hollywood, Alaska, and Seattle pursuing careers in the US Army, Tom Mix’s Wild West Show, photography, and a traveling circus. In 1919, while back in Texas with the circus, he learned that his Seattle photography studio had burned. With little reason to return, Clemons settled in Breckenridge, Texas to photograph the flourish of activity surrounding the discovery of oil.

“For three decades, Clemons tirelessly and passionately photographed most everything-the oil fields, the growing town and leisure life, as well as cultural and entertainment events. Selected from over 4,900 photographs in the University of Texas at Arlington Libraries, these images epitomize life in and around Breckenridge-an American boomtown of the 1920s and 30s.”

Basil Clemons was my great Uncle. It is so wonderful to see that he lives on through his photographs.