Not Another Auction: A Quick Look at Hip Hop History Up For Bid at Sotheby’s 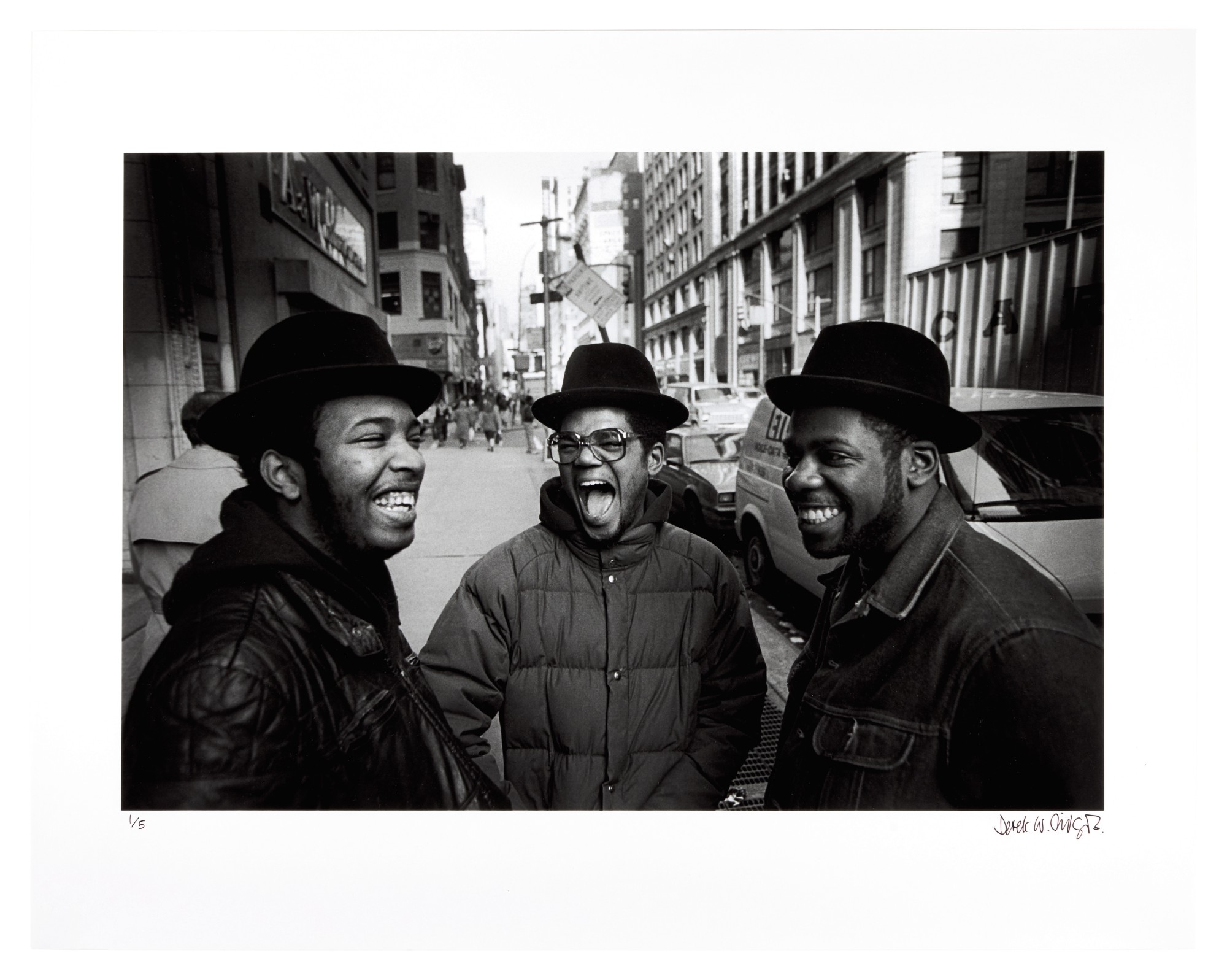 I didn’t think I’d be scrolling through yet another auction site just days after my last look at items up for bid from the collection of an oil tycoon. But I hope I can be forgiven for sharing Sotheby’s first-ever Hip Hop auction, which goes live tomorrow, September 15, at 6PM. I’m old enough to remember the early years of Hip Hop (I jumped my first MTA turnstile at the Staten Island Ferry station in 1988, on my way to Hell’s Kitchen while listening to Kurtis Blow on a Sony Walkman) — and looking at these original items, none of which I can afford, is sheer bliss. 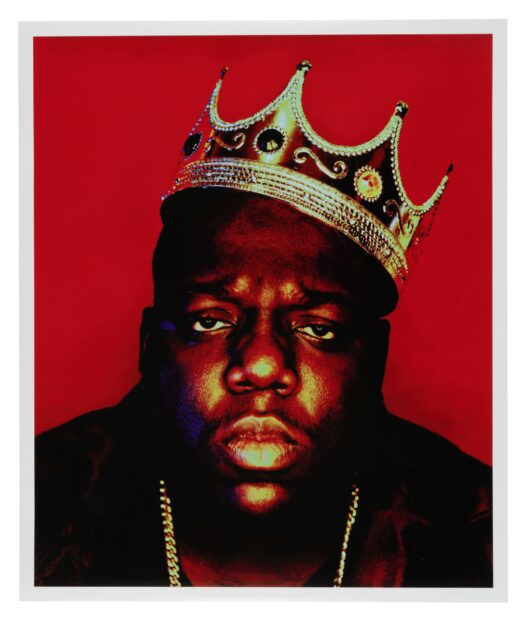 The auction house lists 120 lots, ranging in estimated values from $1,000 for photographs of Snoop Dogg, Easy E and others, to a whopping $300,000 for Biggie’s crown that he wore in the King of New York photo shoot. 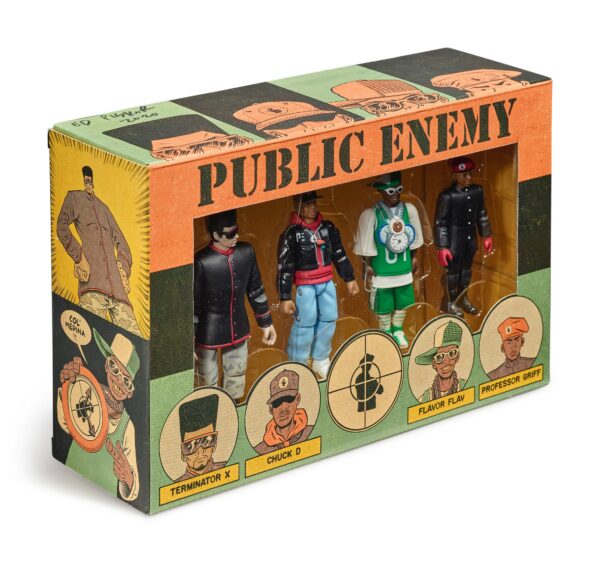 The lots include action figures, clothing, kicks (of course), and  wine tasting? Yes, for an estimated $20,000 to $30,000 (bid is currently at $14, 000) you can “Win a chance to join Grammy-Award winning rapper and actor Big Daddy Kane for a virtual wine tasting, where together you will explore a selection of European and Californian red wines.” If you are dropping that kind of coin, though, I would opt for the “Sweat the Technique” private lyric writing and studio session with The God MC Rakim Allah for around the estimated value. (I only write that because I was cleaning house this weekend and found one of my old “raps.’ See photo below.) 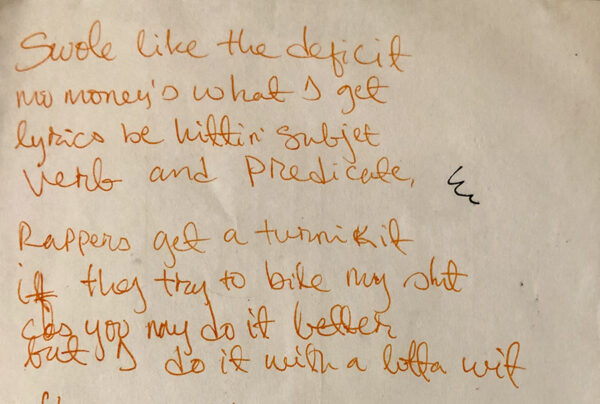 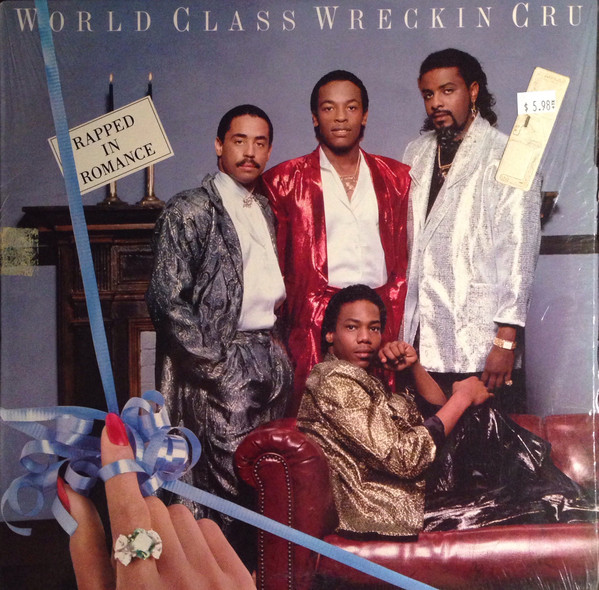 Another great auction item is Salt-N-Pepa’s “Push It” jackets from their 1986 music video. I am responsible for at least a few of the 112 million YouTube views the video has garnered.

Some auction items fall into my Hip Hop-lite category, where things that have no business being associated with the music should go to die. They include the Louis Vuitton X Supreme skateboard trunk (in fact, come get all the Louis Vuittons) and the Judith Leiber Couture Disco Boombox. 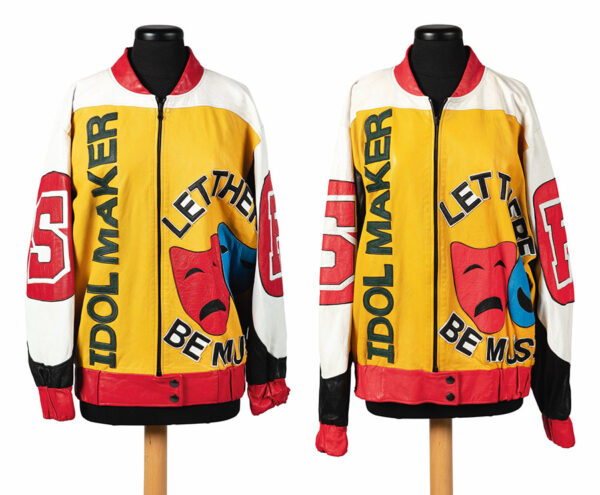 It’s an easy three-page scroll through the auction site, and I’d be tempted to live Tweet the results if I could attend the auction. But since I know I won’t be going,  I’ll sit on my couch, flip my neck gaiter to ascot mode, pour myself a glass of André Spumante, and play the instrumental version of “I Got Five on it” while yelling my bids at the Sotheby’s home page on my computer.

If you are able to go but don’t find what you’re looking for, or if you miss an item you really wanted, don’t despair. That Public Enemy action figure set (minus the original concept drawings) is on Ebay for $125. And you could probably get a fairly similar-looking Biggie crown at Burger King. Whatever the case, someone please go sit on Martin Shkreli until the auction is over.

Hey also of note this is an amazing catalogue up for auction:
https://www.liveauctioneers.com/catalog/178652_civil-rights-movement-and-era-photo-lithos/

You’re so fly, Blay. Love that you were jumping the turnstile to Kurtis Blow. “America” was part of my NYC soundtrack in the mid ’80s. My roommate / girlfriend was a bartender at Palladium and The World, which meant we were ushered into VIP rooms when clubbing. In the early days at Nell’s on 14th street (run by the ultra suave Nell Campbell – aka Columbia, Rocky Horror Picture Show), Run-DMC were often in the booth and then in the VIP. One night extraordinary night, hanging out with them in the VIP, ’86 when “Walk This Way” broke, totally off the hook.