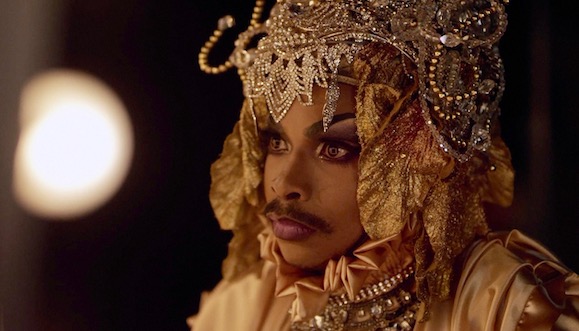 The Landmarks Video program, on view daily at the Media Station, opens with a work by Vendula Knopova. One work per month will be screened in the ART Building atrium (at the corner of East 23rd Street and San Jacinto Boulevard). Videos by Howardena Pindell, Michael Robinson, Michael Snow, and Luis Voldovino (originally scheduled for last season but postponed due to Covid-19) will be screened along with new video works by Kota Ezawa, Athi-Patra Ruga, Thao Nguyen Phan, and more. The new season lineup runs from September 2020 to August 2021.

More about the video selections:

As the university’s public art program, Landmarks presents art that is broadly accessible and free to all. More than forty works of modern and contemporary art are on view throughout the 433-acre campus. The collection not only enhances the beauty of the landscape, but also supports scholarship and learning by demonstrating significant art historical trends from the past seven decades. “Believing that art fosters personal growth and human connection, Landmarks strives to provide inclusive experiences for all people. We recognize the exclusionism, elitism, and historical imbalance of power in the arts and in higher education. Our work embraces a commitment to self-examination, accountability, and adaptability. By creating equitable opportunities for meaningful engagement with public art, our program reflects the diverse communities we serve and celebrates our differences.” Please visit landmarksut.org before planning your visit. Videos are accessible to all and free to view.

Art Dirt: Is It Time for Texas Art...