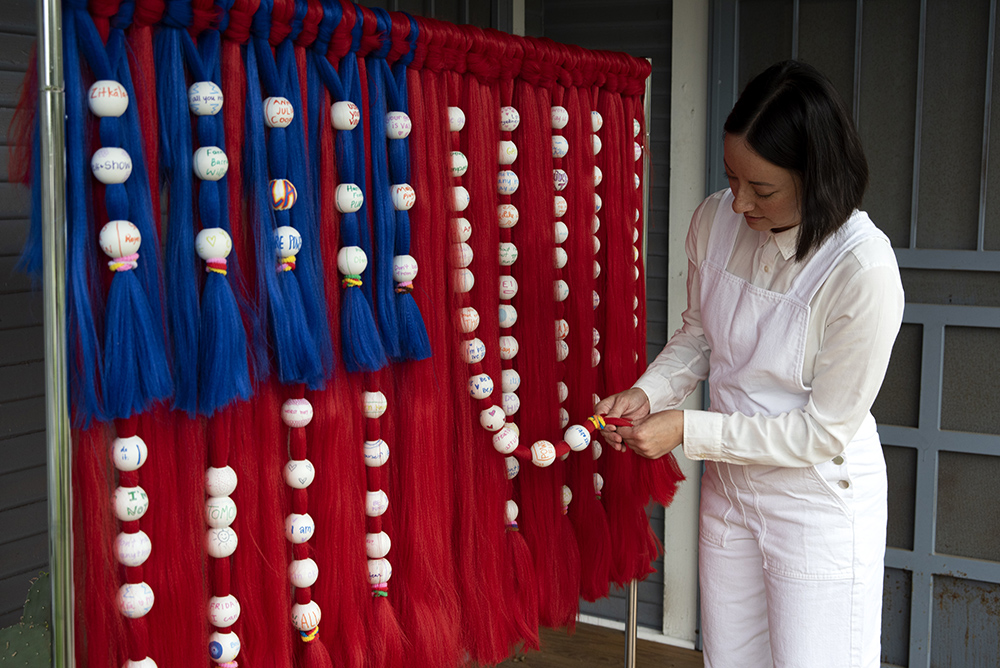 “It’s always on honor to be asked by Dr. Deborah Willis to work on a project, as her prompts are challenging, complex, and bring forth hidden and erased histories,” Datchuk writes in an email to Glasstire. “My piece is titled American Flag, and is made of synthetic hair, porcelain beads, and a rolling rack. Adorned on the beads are the names of the suffragettes I did not learn about in school, the women of color who continued to fight long after white women received the right the vote.” Datchuk continues, “The names of Mabel Lee, Zitkála-Šáand, Ida B. Wells to name a few.”

“I also included affirmations about using your voice and the power of voting.  These beads are threaded onto the flag and I pushed and pulled the flag up and down my neighborhood. It was, even during this pandemic, nice to have socially distant interactions and conversations with my neighbors about the untold stories and identities of the suffragettes. ” 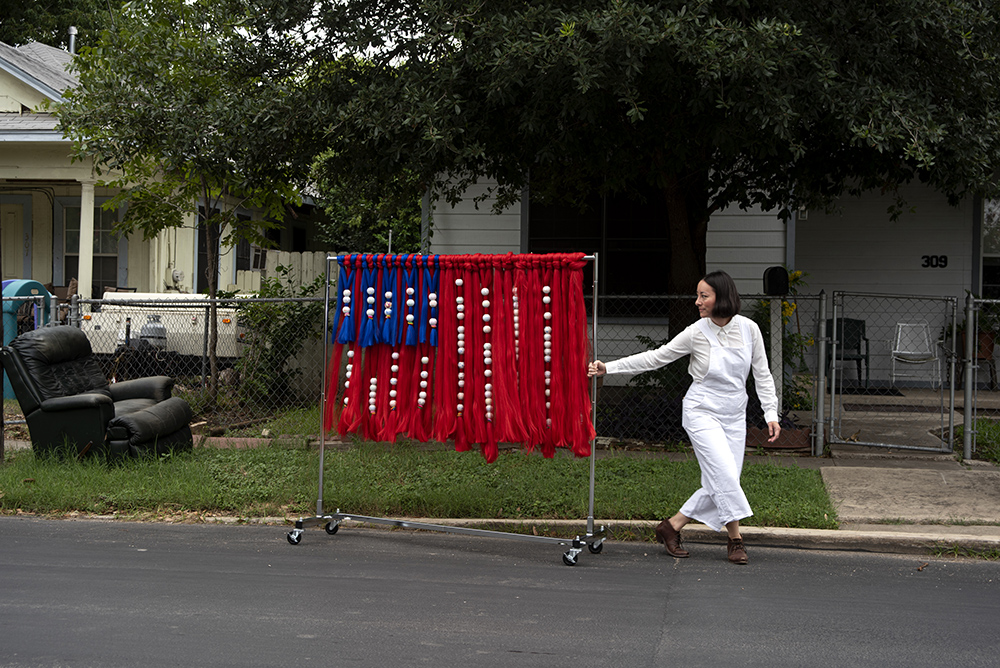 Given the COVID-19 pandemic and the recent cycle of events involving social distancing, #BlackLivesMatter, and the uncertainties of the 2020 election cycle, organizers Park Avenue Armory and its lead partner in the initiative, National Black Theatre, together with nine other New York City cultural institutions, will host an online launch party for 100 Years | 100 Women, streamed on YouTube on August 18 at 2 PM.

The February 2020 launch was a day-long symposium unveiling the 100 commissioned artists. The August 18 Youtube stream will feature an early look at some of the commissioned works, remarks, and special guest appearances which will include Maya Wiley, Susan Herman, Jari Jones, Tantoo Cardinal, Rita Dove, Catherine Gray, and the Kasibahagua Taíno Cultural Society. A Shola Lynch short film will also premiere during the event. Lynch is a Armory/Museum of the Moving Image-commissioned filmmaker documenting the participating artists and their contributions.

Says Rebecca Robertson, Founding President and Executive Producer of Park Avenue Armory: “On August 18, with our lead partner National Black Theatre and nine other New York institutions, the Armory will unveil 100 commissioned works in video, spoken work, theater, photography, dance and other art forms by 100 extraordinarily talented women artists and cultural creators. The works reflect not only the complexity of women’s suffrage, but also the issues of rights and recognition in the era of COVID-19, Black Lives Matter protests, and the lead-up to a critical presidential election.” 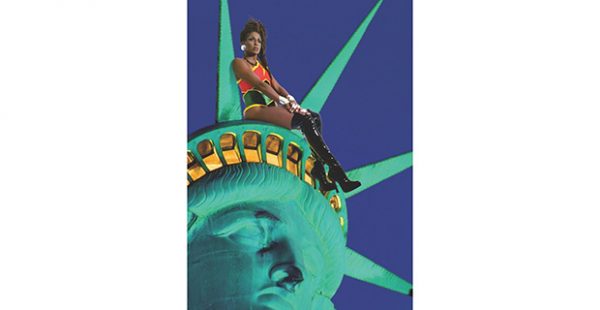 Sade Lythcott, CEO of National Black Theatre, states in part:“This project is an incredible opportunity of uplifting and connecting communities together. In a time of so much civic unrest, this is our present pulse, our day-to-day mission: knocking down these walls and shining lights in the darkest corners of our own stories. We are honored to work in partnership with the Park Avenue Armory and nine other fantastic sister organizations to present this event which stands at the nexus of gender, identity, and representation.”

‘100 Years | 100 Women’ is part of the Armory’s Interrogations of Form conversation series, which unites artists, thought leaders, and social trailblazers for creative, multidimensional explorations of today’s social and cultural landscape.