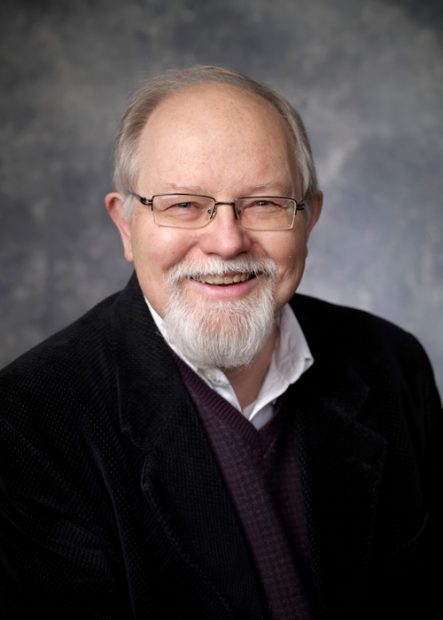 A stalwart of the Dallas art community has died after a long battle with cancer. Dr. Richard R. “Rick” Brettell was an educator, museum administrator, internationally known Impressionism scholar, and lauded fundraiser for expansions within the Dallas Museum of Art (DMA) and University of Texas at Dallas (UTD). Dr. Brettell held the the Margaret M. McDermott Distinguished Chair of Art and Aesthetic Studies and the Edith O’Donnell Distinguished University Chair at UTD, and also served as Vice Provost there. He passed away Friday, July 24, 2020, at age 71, according to a post by the University of Texas at Dallas Office of Media Relations.

Dr. Brettell’s career began before his tenure as Director of the Dallas Museum of Art, a role he held from April 1988 to December 1992. Born in Rochester, New York in 1949, Dr. Brettell earned his undergraduate and doctorate degrees from Yale University. At the time of his appointment as at the DMA, as the first director hired after the museum’s relocation to the Dallas Arts District in 1984, he was the Searle Curator of European Painting at the Art Institute of Chicago.

Under Dr. Brettell’s directorship, more than 3,000 objects were acquired into the DMA’s holdings. Via a statement from the DMA:

“More than a dozen major and nearly 100 focus exhibitions were presented at the DMA during Brettell’s tenure, including Georgia O’Keeffe 1887-1986 (1988), the third most-attended exhibition in the DMA’s history.

“From 2014 to 2019, Brettell served as the Founding Director of UTD’s Edith O’Donnell Institute of Art History (EODIAH), a center for innovative research and graduate education in art history, which includes an ongoing partnership with the Dallas Museum of Art, spearheaded by Brettell. It comprises research and teaching by UTD and DMA staff that focus on artworks held in the DMA’s collection.”

A respected scholar of Impressionism and French painting from 1830 to 1930, in 2010 Dr. Brettell received a “Commandeur” certificate from the French Ordre des Arts et des Lettres for hiswork on FRAME (French/Regional/American Museum Exchange).

Greg Metz, artist and Clinical Associate Professor of the Arts And Humanities and Gallery Director of SP/N University Gallery at UTD, had this to say of Dr. Brettell (from Metz’s Facebook page):

“His influence has been immense and far reaching — whether a small gesture such as creating the ‘Wilcox Space‘ celebrating an unsung Dallas artist that died of AIDS to creating FRAME, a collaborative cultural alliance between the French and American museums… Anyone who has known Rick has experience his brilliance — not just as an innovator, lecturer, art writer, art historian, book author, Curator and educator, entertainer and all else — but also as a Friend to all he meets and a Humanist, who has used his influence to champion the under served, cross class divides, along with new ideas and initiatives that might not have a way forward otherwise.”

To read a recent review by Dr. Brettell on the paintings of Marjorie Schwarz, please go here.

As information on a service or celebration of Dr. Brettell’s life becomes available, we will update this post.

Rick Brettell did many great things for art during his decades in Texas, but before then, when he was a curator at the Art Institute of Chicago, he put together “The Art of the Edge: European Frames, 1300-1900,” one of the most important historical surveys of the Western epistemology of pictures in relation to the world.

Rick was a champion of contemporary artists, and could sniff out quality in “unfashionable work”. He was a creative catalyst for me for years. I imagine he did this for lots of other artists too, That kind of personal attention from anybody in the art world is uncommon. I’d love to hear from other artists who experienced his life-giving force.

He will be missed by a wide range of art lovers. He was a driving force behind the idea of a Museum of Texas Art to be located in Fair Park and I hope his idea continues on.

Yes! I worked with Rick on MoTA. Hopefully it’ll happen in the Dallas Arts District.

In the spring of 2010, Rick was kind enough to visit the home and studio of my longtime mentor David McManaway, just weeks after David’s passing. He was quietly moved as he climbed the creaky old stairs to the studio work spaces filled with the trappings of David’s daily foraging quests. At the time of his death, Rick had been working on a Dallas Morning News article featuring the current Grace Museum exhibitions “The Phantasmagoric World of Ordinary Things” showcasing a 50-year retrospective of David McManaway’s work, a partial studio restoration by yours truly, and the “Jomo Collective” exhibition featuring many titans in the Texas art world who were close friends to the McManaways. Rick and David are surely raising a glass together right now….

As Director of the City of Dallas Office of Cultural Affairs in the early 1990’s, I worked closely with Rick to resolve contractual and funding issues between the DMA and the city before construction of the Hamon Wing could commence. At one point Rick gave me a personal tour of the expansion while construction was underway. He was brilliant, upbeat and energetic, and was a pleasure to know and work with. So sad to hear of his early passing.