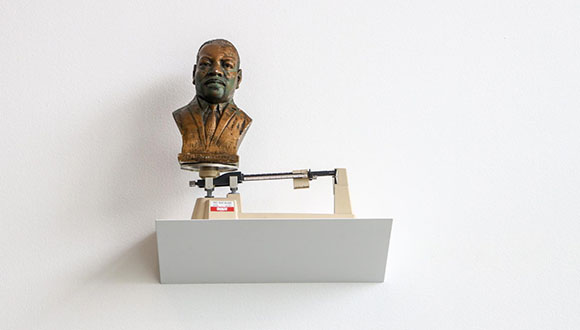 The Menil Collection in Houston has announced In Dialogue, a new series of live, online conversations between Menil curators and guests, which will include scholars, artists, and art professionals. The conversations will focus on the Menil’s collection, as well as its current exhibitions, and discussions about art.

Kicking off the livestream program Wednesday, July 15 from 6–7 p.m. in the Menil’s main building, Houston-based artist Jamal Cyrus will be in conversation with Michelle White, the Menil’s Senior Curator. The talk will focus on Cyrus’ Misconstrued Rap Lyric #1, 2019, acquired by the Menil last year, as well as other works by Cyrus. Misconstrued addresses issues surrounding justice, history and memory, and is currently installed in the museum’s foyer, visible from outside of the museum’s front entrance.

A link to the free programs will be posted on the museum’s website 15 minutes before the scheduled start time, and each Dialogue will be followed by a short Q & A session. Questions can be emailed in advance, and during the program here.

For more about the Menil Collection, please visit its website here. 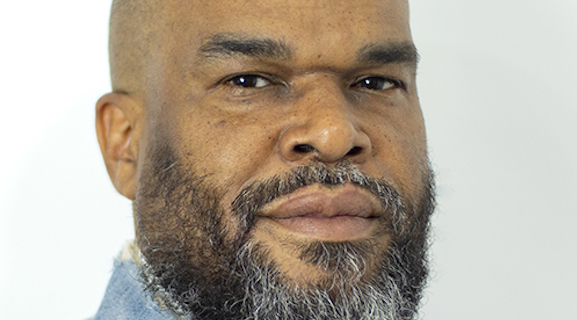 Born in Houston in 1973, where he currently lives and works, Jamal Cyrus is known for his conceptual, research-driven practice that explores gaps in historical knowledge. Using an interdisciplinary approach, he examines the trajectories of Black political movements in the United States, creative flow within the African diaspora, and the impacts of social injustice. Cyrus received his BFA from the University of Houston in 2004 and his MFA from the University of Pennsylvania in 2008. In 2005, he attended the Skowhegan School of Painting and Sculpture, and in 2010, he was an Artist in Residence at Artpace San Antonio. He has won numerous grants and awards including the Driskell Prize, awarded by the High Museum of Art in Atlanta, a Joan Mitchell Foundation Grant, the BMW Art Journey Award, the Louis Comfort Tiffany Foundation Award, the Artadia Houston Award, and the Smithsonian Artist Research Fellowship. He has participated in national and international exhibitions, and his work is in numerous public collections. Cyrus is also a founding member of the artist collective Otabenga Jones and Associates.