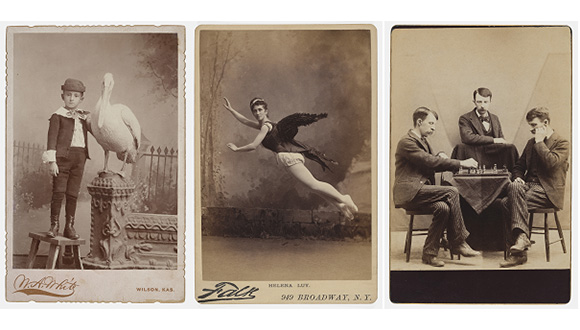 Cabinet-cards-from-Amon-Carter-Museum’s-Acting Out- Cabinet Cards and the Making of Modern Photography.

This August, the Amon Carter Museum of American Art in Fort Worth will present Acting Out: Cabinet Cards and the Making of Modern Photography. Acting Out examines the proliferation of the nineteenth-century cards (hundreds of them in this exhibition), and how they are a prelude to informal portraiture and “selfie” culture. Some of the cards will be seen in public for the first time, and are sourced from both nationwide collections as well as the Amon Carter’s own.

Says John Rohrbach, Senior Curator of Photographs at the Amon Carter: “In our current moment of ‘selfie’ culture and social media-centered interaction, understanding the history of self-presentation and portraiture is more prescient than ever. This exhibition reveals how nineteenth-century Americans approached photography far more playfully than ever before, a transformation that forever shifted our relationship to the medium.” 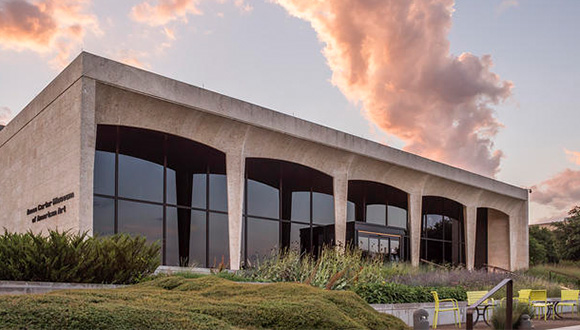 “In the second half of the nineteenth century, cabinet cards gave birth to the golden age of photographic portraiture in America. Measuring 6 1/2 by 4 1/4 inches, roughly the size of the modern-day smartphone screen, they were three times larger than the period’s leading photographic format. This larger size revealed previously obscured details in the images captured, encouraging action-ready gestures and the introduction of an astonishing array of props. Where photographs had once functioned as solemn records of likeness and stature, cabinet cards offered a new outlet for entertainment and remembering life’s everyday moments.”

“Acting Out exemplifies the Carter’s commitment to organizing exhibitions rooted in groundbreaking scholarship, a core tenet of our curatorial philosophy,” states Andrew J. Walker, the musum’s Executive Director. “This exhibition harnesses the resources of our vast photography collection and archive to show visitors the contemporary relevance of the medium’s pre-modern history.”

There are four sections to Acting Out: “Caught in the Act,” “The Trade,” “Sharing Life: Family and Friends,” and “Acting Out,” providing a chronology of the cabinet card through its introduction and evolution.

Acting Out will be on view August 18 through November 1, 2020. Amon Carter members can preview the exhibition from August 14 through 16. The exhibition will travel to the Los Angeles County Museum of Art.

For more about  the Amon Carter Museum of American Art and its extensive photographic collection, please visit the museum’s website here.