The Emancipation Proclamation, which freed slaves in America and became official on January 1, 1863, wasn’t announced in Texas until June 19, 1865 — two and a half years later. On that day, Union soldiers led by Major General Gordon Granger arrived on Galveston Island with the news, which proclaimed:

“The people of Texas are informed that, in accordance with a proclamation from the Executive of the United States, all slaves are free. This involves an absolute equality of personal rights and rights of property between former masters and slaves, and the connection heretofore existing between them becomes that between employer and hired labor.”

Thus began the celebration of Juneteenth in this state, which became an official Texas state holiday on January 1, 1980.

Although some events have been canceled and others have moved online due to the Coronavirus pandemic, some Juneteenth festivities are happening across the state, and we’ve highlighted a few below. 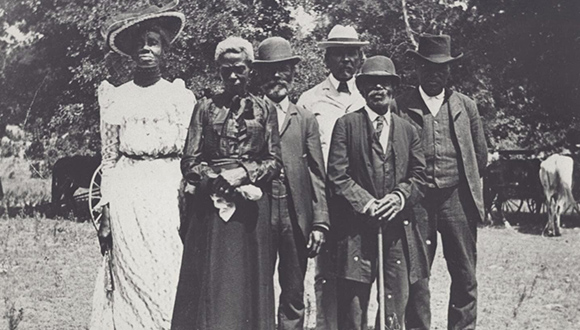 Via The Neill-Cochran House Museum:

“Join us Juneteenth weekend (June 19-21) for a tour of West Austin African American history. The tour is developed in coordination with the collaborative project If These Walls Could Talk, where we have worked to shed light on Austin’s difficult racial history.

The tour begins at the Neill-Cochran House Museum and winds through historic sites of Wheatville and Clarksville, two of the original fifteen freedman communities established in Austin after the end of the Civil War. The tour includes access to videos for each stop that explore the history of the site and create connections between the past and present.” 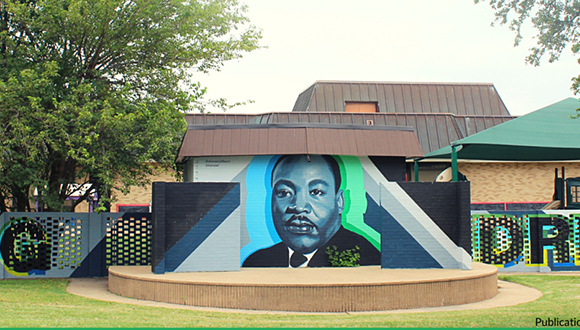 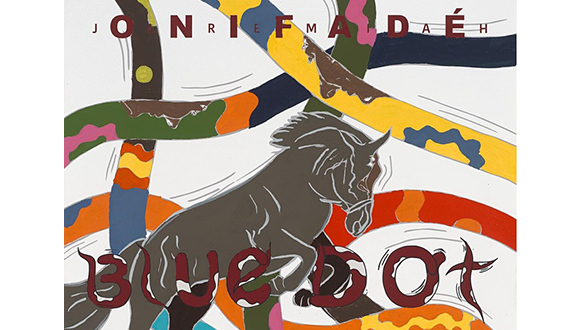 Via City of Dallas Office of Arts and Culture:

“This temporary public installation is sponsored in part by The City of Dallas Office of Arts and Culture.

The emphasis of this project is to highlight the value of the gentrified part of the community (Dallas) that is slowly becoming absent to our minds and bring value to it directly via accessible art. It focuses on a moderation about “each person’s individual responsibility in this blue planet without negating the essence and function of any lesser known community”.

The residential house (2727 Rochester street) is repurposed into a temporary public installation by Onifadé. It shows new works from his practice that speaks about truth and scenes from his childhood as well as what it means to exist without understanding the misalignments in one’s community.

Artists, Charles Gray and Jess Tedder will be showing works that correlates to this subject matter in the guest room.

A virtual reality link will be available on June 22nd for the vulnerable populations who are unable to attend.” 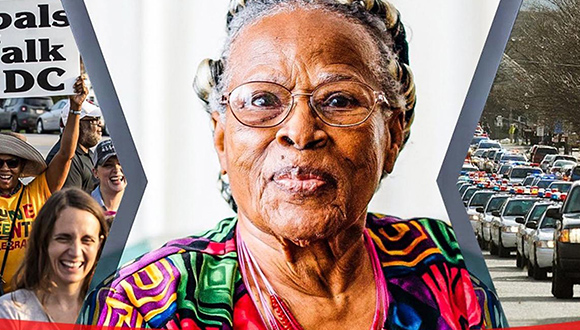 Via Juneteenth Celebration, Fort Worth Texas:

“In lieu of a parade, Ms. Opal Lee will lead the 2.5 mile caravan through downtown Fort Worth to commemorate freedom from slavery. At 93 years old, Ms. Opal will continue her walking campaign to make Juneteenth a National Day of Observance. With 47 states that officially recognize it as a holiday, she believes now is the time for it to happen!

You can show the nation via a LIVE STREAM the unity of the DFW community as you follow behind her for her signature 2.5 mile caravan from the Convention Center to Will Rogers Auditorium. Decorate your car to show your support.

Sign the online petition at www.juneteenth.us to help her reach the 100,000 signatures.” 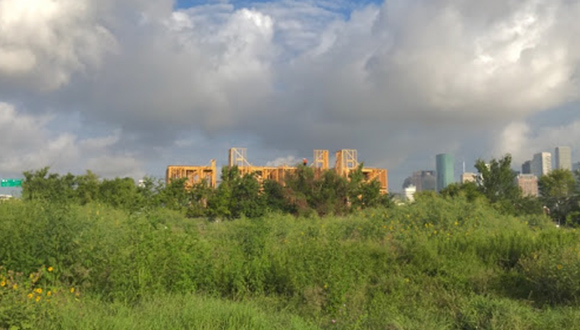 “Beginning next Friday, June 19 (Juneteenth), Aurora Picture Show, Houston Cinema Arts Society, and Houston Public Library co-present a week-long online run of Lisa E. Harris’ film, Cry of the Third Eye: The Last Resort. The final chapter in the interdisciplinary artist’s trilogy considering gentrification, legacy, and loss in Houston’s Third Ward, The Last Resort premiered in a special live performance at Aurora last November. The film will be available to stream any time between June 19-27, and tickets are pay-what-you-can. In addition, Lisa E. Harris will discuss the work and answer questions in conversation with HCAS Artistic Director Jessica Green on Instagram Live on Wednesday, June 24th at 7 pm. More info, registration for viewing the film, and the artist’s recent statement Black Bodies in Space is HERE.” 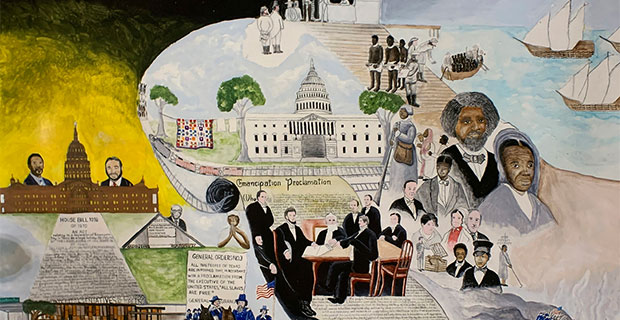 Via the Hallet Oak Gallery:

“The Hallet Oak Gallery will again commemorate Juneteenth with a special exhibit of Black American artists. It was on June 19, 1865, that Union soldiers landed at Galveston, Texas, and announced to Texans that the war had ended and slaves were now free — 2 ½ years after Lincoln’s Proclamation. Featured in this year’s event will be Hallettsville natives Moses Adams, Gene Grant, and Satori Davis, along with photographer Bria Woods of Washington D.C. Come and go on Saturday, June 20, 2020 from 11 a.m. to 3 p.m. to meet the artists and enjoy a free “take-home tote” of refreshments.” 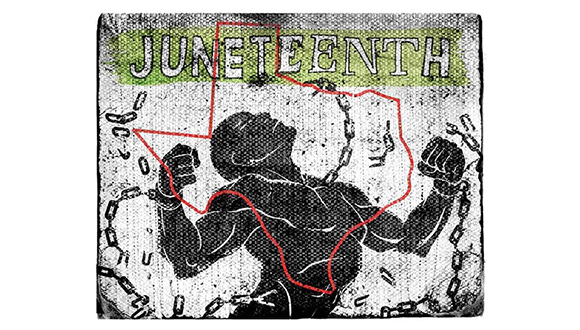 “Join us for the Lubbock Juneteenth 2020 at 5&J (1106 5th St.) & the LHUCA Plaza! Due to COVID-19, we had to make large adjustments to this year’s celebration. With the current climate and situations going on in America that have happened this year, many members of the Lubbock community felt that we could not pass up celebrating our ‘freedom’ day! This will be two blocks downtown filled with fun and celebration. At this event there will be food, music, activities for children, visual artists selling their artwork, t-shirts for sale, the Juneteenth Panel Discussion, and on display the We Here Black Women’s Art Collective group art exhibition, Contributions of the Black woman. If you are not registered to vote or need to reregister, Audriana Edwards will be registering eligible voters during the event.

“Juneteenth Panel Discussion: Join us for an open discussion and conversation about the legacy, history, and importance of Juneteenth in Texas. We will be talking with Lubbock natives and residents, Danisha Lewis, Maceo Moore, Willie Turner, Alexis White, Leon Williams, and Nathaniel Wright. In this year’s community absence of celebrations of the holiday due to COVID-19, we will discuss the impact of the virus on the Black community, our memories of the holiday, and ways we will honor our ancestors.”