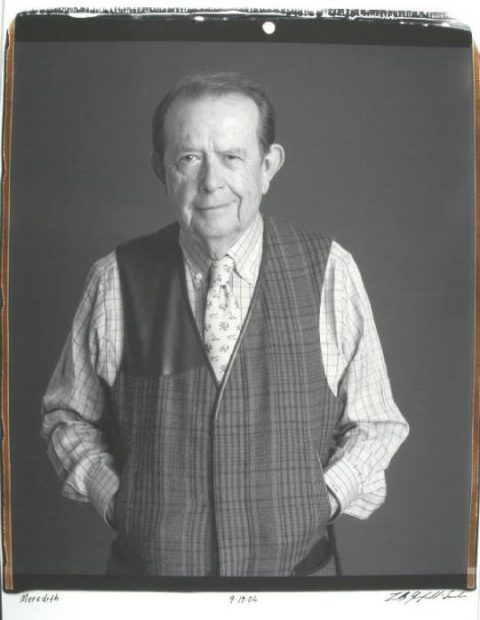 Meredith Long, a longtime, respected Houston gallerist, art collector, and philanthropist, died of natural causes on Wednesday, June 3. He was 91.

Known for his eponymous art gallery, Meredith Long & Company, which was founded in 1957 and was the longest-running gallery in Houston before it recently closed, Mr. Long was a champion and scholar of nineteenth and early-twentieth-century American Art. In addition to bringing significant exhibitions of works to his gallery by artists like John Singer Sargent, Mary Cassatt and Frederic Edwin Church, Mr. Long also dealt in contemporary art, particularly championing second generation Abstract Expressionists. While largely national in scope, his program included local talent, with many well-known Texas artists passing through his gallery over its long history: Dorothy Hood, Luis Jiménez, Gael Stack, John Alexander, and Richard Stout, among others.

The importance and impact of his gallery on the city’s art scene may best be summed up by a quote from former Museum of Fine Arts, Houston director Peter C. Marzio on the occasion of a 2010 show of works by Sargent at the museum: “Thanks to Meredith Long, there are more Sargents in Houston than any other place in the world.”

A particular area of interest for Mr. Long, both in artwork and life, was the subject of sporting. Mr. Long carved out a niche in Houston as the premiere gallery for this genre of art — work about hunting and fishing — in part because he admired the way the artists preserved a now-lost landscape. He himself was a sportsman and spent much time shooting at his ranch in South Texas and fishing at his home in Colorado.

In a 2017 Paper City article by Catherine Anspon, a former employee of Meredith Long & Company, Mr. Long claimed that E.J. Rousuck of the Wildenstein Gallery in New York largely influenced him to begin showing sporting work, telling him: “The Mellons, the Rockefellers, they’re all sportsmen. You need to show things that they’re interested in.” Mr. Rousuck also recommended that Mr. Long’s gallery space include a bar, where men could stop for a drink and cigar before and after work. In the same 2017 article, Mr. Long joked of this advice: “It was very successful, although on some days too successful.”

Mr. Long’s philanthropic efforts were many: he served on the College of Fine Arts Advisory Council at UT Austin for over 40 years, and with his wife Cornelia, in 2014, he endowed the school’s Chair for Art and Art History. He served on the board and as the Chairman of the Texas Heart Institute, where he helped realize the Denton A. Cooley Building, an important research center. His lifelong work in wildlife advocacy and conversation led him to be inducted into the Texas Parks and Wildlife Foundation’s Hall of Fame in 2010, and his work in the arts was recognized in 2003 when “President George W. Bush appointed him to serve as a member of the Cultural Property Advisory Committee for the U.S. State Department.”

With his wife Cornelia, Mr. Long was long involved with the MFAH, donating significant works to the museum, serving on its board of directors, and establishing endowments, including a $10,000 award for Core program artists-in-residence. Ultimately, his and Cornelia’s personal collection will be left to the institution, as he told Catherine Anspon: “We’re going to leave our collection to the museum. We set out to do it; when we started collecting we collected for final delivery to the MFAH. We showed [Gary Tinterow] what’s on the list, and he said, yeah, he’d like to have it.”

Mr. Long’s history of board service in Houston and beyond was multifarious, and included organizations such as the Alley Theatre, the national Archives of American Art, and the John F. Kennedy Center for the Performing Arts, among others.

Mr. Long was born in 1928 in Joplin, Missouri. His father, a salesman for Curtis Mathes Manufacturing, settled the family in Austin, Texas. In Austin, Mr. Long attended high school and then the University of Texas, where he earned his undergraduate degree, studied law, and was also involved in the ROTC. During his schooling, Mr. Long was called into the U.S. Air Force and served in French Morocco as a First Lieutenant. Upon returning to Austin, after experiencing museums in Europe and learning more about art from his then-father-in-law, who collected American works and introduced him to the historian LeRoy Ireland, Mr. Long opened a gallery on Rio Grande St. in Austin in 1953. He showed art in and also lived in the space with his first wife, Jeanne Murchison Closuit, and their son. 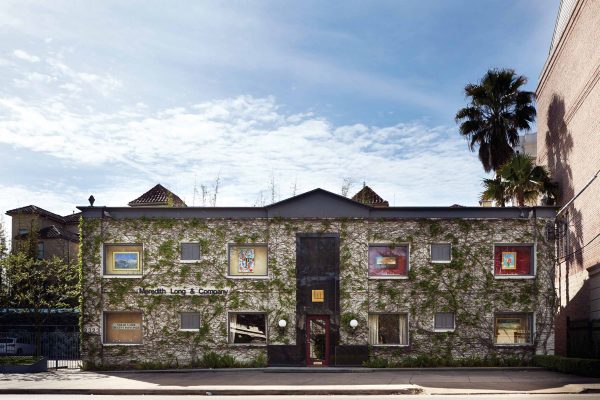 In 1957, Mr. Long moved to Houston and opened a gallery in Highland Village. He began organizing programming, and his gallery, one of the only spaces in town, quickly became the go-to spot for Houston’s art insiders. It was at this original gallery location in Highland Village that Mr. Long met Cornelia Cullen Long, “the love of his life,” in 1967. The two married and blended their families — including three children from Mr. Long’s previous marriage and three from Ms. Cullen’s. They welcomed another child, Martha Katherine Long Wade, who began working at her father’s gallery at the age of 13, and more recently oversaw the gallery’s operations for more than 20 years. Eventually Mr. Long would go on to operate galleries simultaneously in both Texas and in New York.

Mr. Long is survived by many friends and a large family, including his wife Cornelia, seven children, and their families. According to Molly Glentzer at the Houston Chronicle, he will be buried at Glenwood Cemetery. A number of prominent Houstonians and Mr. Long’s lifelong friends will serve as honorary pallbearers, including Isaac Arnold, Jr., Philip J. John, John W. Kelsey, C. Berdon Lawrence, S. Reed Morian, Thomas William Porter III, and Fayez S. Sarofim.

In lieu of flowers, the family is asking that donations be made to the Texas Heart Institute or to Houston Hospice.

Meredith was a life long friend. We shared a wonderful passion for American art. Our conversations will leave a deep void in my life. He was a rock