The Avant-Garde Networks of Amauta: Argentina, Mexico, and Peru in the 1920s

by Lydia Pyne May 19, 2020
FacebookTwitterEmail 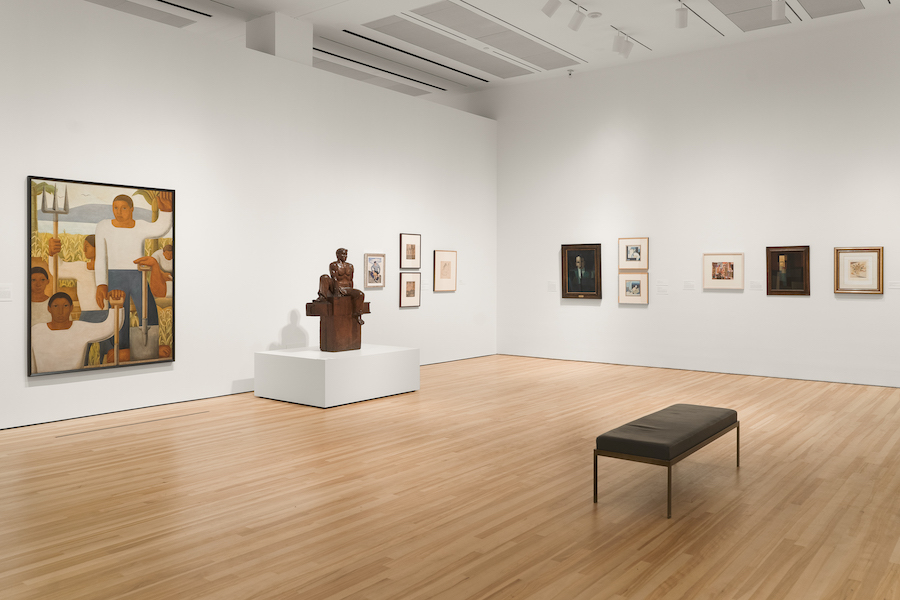 The 1920s were a busy time for Latin American writers, artists, philosophers, and intellectuals.

Many, like Peruvian political philosopher and journalist José Carlos Mariátegui, traveled through Europe, connecting their own thinking with the then-burgeoning movements of Dadaism, Futurism, and Surrealism. Across Europe and Eurasia, Marxism offered a theory to make sense of social inequality, class struggle, and a framework for revolution. These early twentieth-century networks offered the world new literature, art, and political theory. When writers like Mariátegui returned from their often self- or government-imposed exile, they took these avant-garde networks and made them unique, powerful, and specific to Latin America. 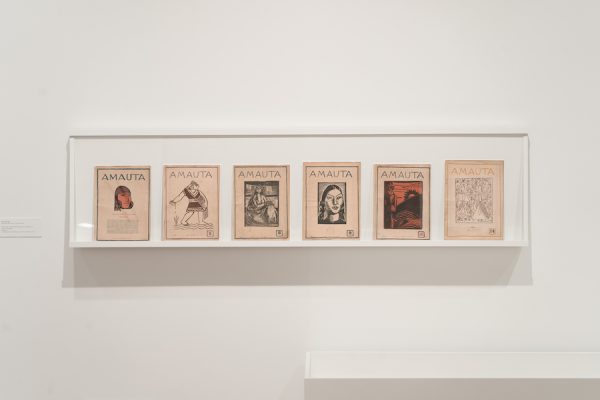 These Latin American voices became the epicenters for powerful, far-reaching intellectual projects in the mid- to late-1920s, like the Peruvian magazine Amauta. Amauta, in turn, became an incredibly complex network of Latin American intelligentsia, publishing works by Jorge Luis Borges, André Breton, Sigmund Freud, George Grosz, Pablo Neruda, Diego Rivera, Xul Solar, and Miguel de Unamuno, to name a few, as well as the plethora of artists who contributed to the magazine. Amauta’s emphasis was Latin America, but this was a Latin American perspective that offered an alternative narrative to traditional colonial history thanks to the publication’s emphasis the modernist intellectual movements, creating a physical, ephemeral, circulating text, and, in particular, Amauta’s commitment to Indigenism. 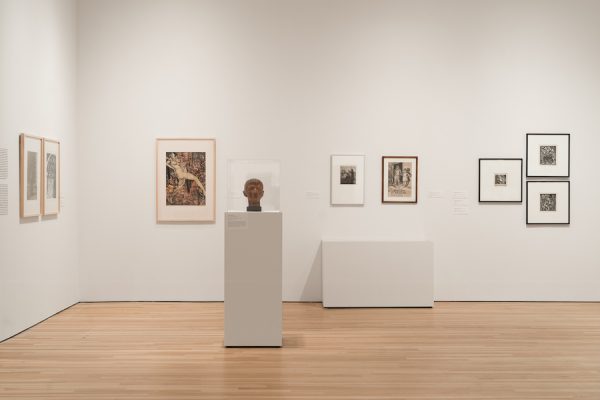 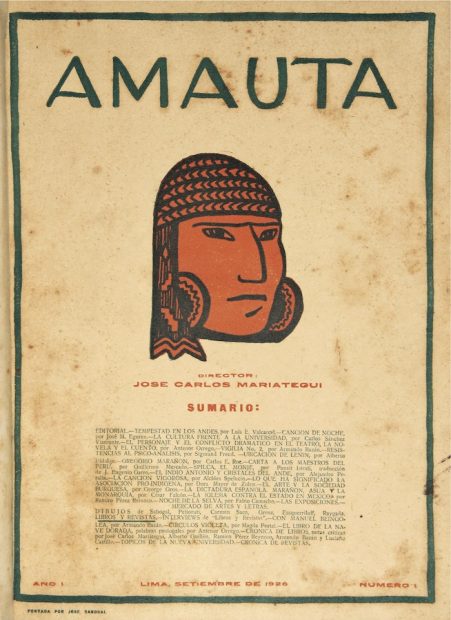 “This journal, in the intellectual field, does not represent a group. Rather, it represents a movement, a spirit. For some time in Peru, an increasingly well-defined, vigorous current of renewal has made itself felt,” Mariátegui put forward with the founding issue of Amauta in Lima, in 1926. “The instigators of this current have been called avant-gardists, socialists, revolutionaries, etc. History has yet to confer upon them a definite baptism.”

Almost a century later, history has confirmed that Amauta made a lasting and global impression during its four-year run.  (Publication was cut short by Mariátegui’s death at the age of 35.) More to the point, however, the exhibition The Avant-Garde Networks of Amauta: Argentina, Mexico, and Peru in the 1920s — currently at UT’s Blanton Museum of Art in Austin*— reminds audiences that the printed editions of Amauta might be the stuff of historical archives, but the publication’s ideas, discourse, art, and politics are just as vivacious and incisive as they were at the beginning of the twentieth century.

The Avant-Garde Networks of Amauta showcases more than 200 objects, from sculpture to textiles to ceramics to paintings.  5 Metros de Poemas (1927) by Peruvian poet Carlos Oquendo de Amat is just that — five meters of poetry that unfolds accordion-like with a cover designed by Peruvian artist Emilio Goyburu Baca. The painting El Café de Nadie [Nobody’s Café] (ca. 1930) by Mexican artist Ramón Alva de la Canal offers a vibrant, modernist scene where intelligentsia and workers exchange ideas. Textiles, pottery, and other pieces of material culture remind visitors that the broader movement behind Amauta is not just one media. 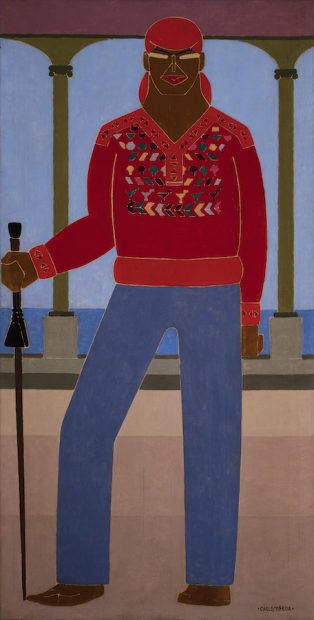 The exhibition emphasizes Amauta’s far-reaching scope. In the late 1920s, Amauta had agents and correspondents in more than 60 Peruvian locations and 80 international cities. A large part of this success, the exhibition suggests, is the publication’s undogmatic approach to its material as well as its geographic and cultural inclusivity. As such, the exhibition showcases photographs that have been reprinted from archival negatives as well as how indigenous communities were folded into Amauta’s enterprise from its very inception. Even the name — Amauta — draws from a Quechua word that translates into something like “wise one.”

The subtle, profound theme that underscores The Avant-Garde Networks of Amauta, however, is the social life of print and how printed works like Amauta circulated vanguard ideas within Latin America as well as to a larger, global audience. 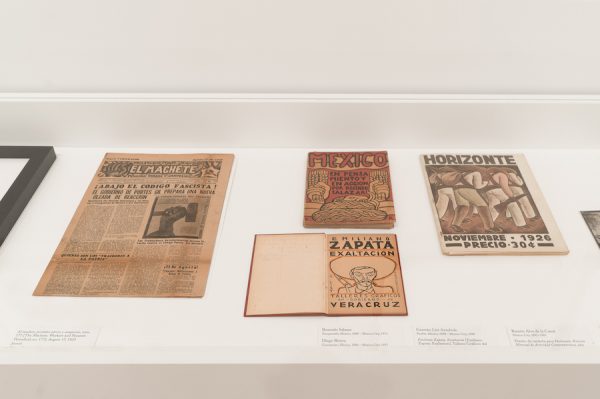 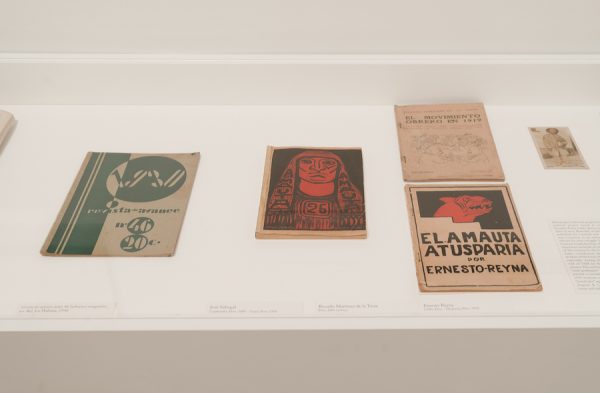 Print is a social phenomenon, and throughout its history, it has connected people with ideas and with each other at a scale that was impossible without it. However, mass-produced print — like pamphlets, handbills, and periodicals– is disposable and has been throughout its history. These medias are meant to be copied en masse and circulated within social networks —  but not necessarily to be saved, collected, and curated. Stepping into The Avant-Garde Networks of Amauta feels a bit like seeing the life cycle of mass-produced print suspended; someone, somewhere did save the printed materials, and those texts are available for this exhibition. Printed text that was once assumed to be ephemeral has achieved a bit of immortality. 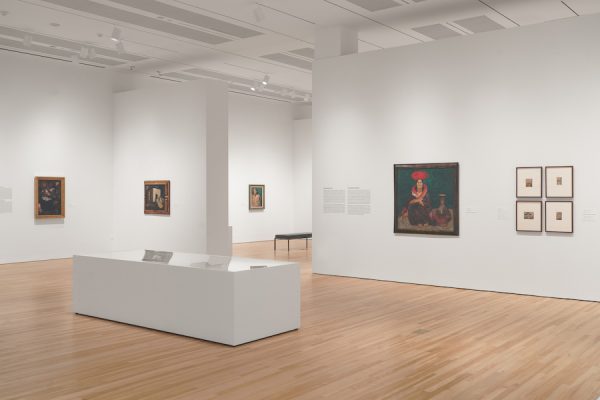 In essence, then, Amauta is being re-circulated through the exhibition’s visitors coming, taking photos, and even posting them to social media. The journal is being disseminated again as visitors learn about its left-wing intellectuals and the network that Mariátegui and his cohort built. It’s hard to imagine a more fitting afterlife — history is still confirming how audiences read and experience Amauta, nearly a century after its original publication.

Great review! What a fascinating show.

Sounds fascinating. Is there a catalog of the show?

Yes, the catalogue is excellent!