by Christopher Blay May 15, 2020
FacebookTwitterEmail 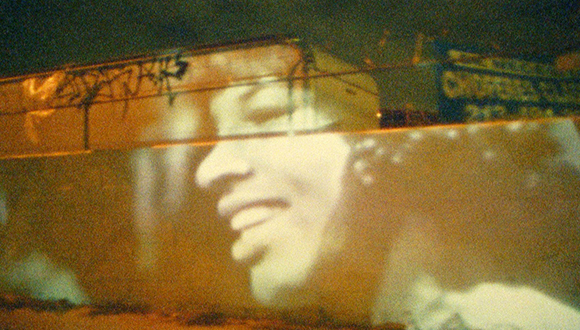 The Modern Art Museum of Fort Worth has announced a new way to experience programming from its archive of film and video. Modern TV will launch this Saturday, May 16 and will be a bi-monthly free screening every other Saturday. The screenings will stream continuously from 7 PM – 10 PM and feature videos from contemporary artists, with live stream accessed via this link on the Modern’s website.

“Bradford’s video ‘Dancing in the Street,’ 2019, shows a performance of the song by Martha and the Vandellas of the same name being projected onto buildings and fences across Los Angeles at night. The song debuted in 1964 and was adopted as a civil rights anthem and call to action during the Watts riots the following year. This work is in the Museum’s permanent collection and is in the Modern’s current exhibition ‘Mark Bradford: End Papers.'”

Also, in conjunction with the screening of Bradford’s video, the Modern announced that the summer season of its popular billboard program, Modern Billings, will be curated by Bradford, whose work is currently installed at the museum. The artist has selected three images from his friend Cleo Hill-Jackson that depict the life of Hill-Jackson’s friend Mr. LaMarr, an influential hairdresser who was killed in a hate-crime incident.

The next screening of Modern TV will be Mario García Torres’sThe Schlieren Plot, n.d. on Saturday, May 30.
“Torres’s ‘Schlieren Plot, n.d.,’ is a cinematic narrative based on two little-known episodes in the career of the American artist Robert Smithson (1938-1973). Between the late 1960s and 1970s, Smithson worked on two projects in Texas. Mixing fact and fiction, the film’s story centers on a gardener at the Menil Collection in Houston who goes on a journey to review Smithson’s path across the state. García Torres composed a soundtrack to accompany the film; it includes country and gospel-style songs whose lyrics meditate on the Texas landscape and on Smithson’s artistic concerns.”

For more on Modern TV and the Modern Art Museum of Fort Worth, please go here.