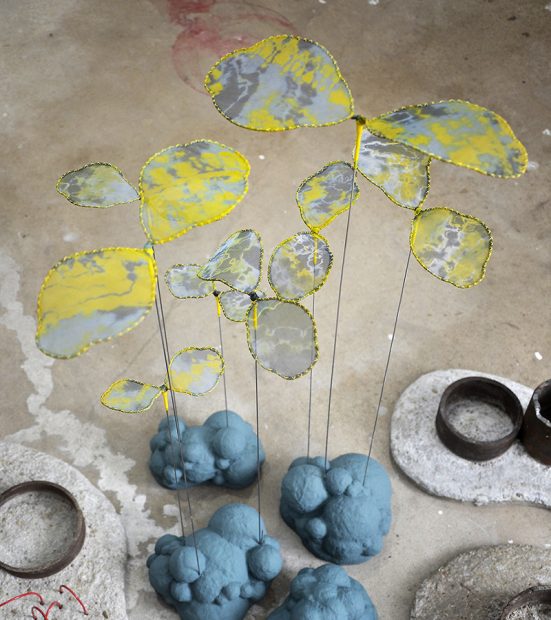 Laura Latimer’s solo exhibition On the Plight of the Primrose at Dimension Gallery, Austin. Dates: March 6-April 18 (extended to June 6).

“In the early 1900s, Oenothera lamarckiana, the evening primrose, was central to the debate between Darwin and his contemporaries over the cause of evolution and its subsequent mutations. The debate has now shifted to whether or not humanity is playing the dominant role in genetic erosion through habitat destruction, over-exploitation, introduction of invasive species, and genetically modified crops. As we lose indigenous plants to extinction, will new varieties that arise find means to flourish?”

“This site-specific installation by Austin sculptor Laura Latimer, situated in the former industrial space of Dimension’s gallery, contemplates how future mutants might survive in fragmented ecosystems. Demolition rubble and reclaimed materials collected from nearby construction projects serve as the foundation of a botanically-inspired habitat that offers one possibility for biological regeneration in the wake of nonstop urban development.”