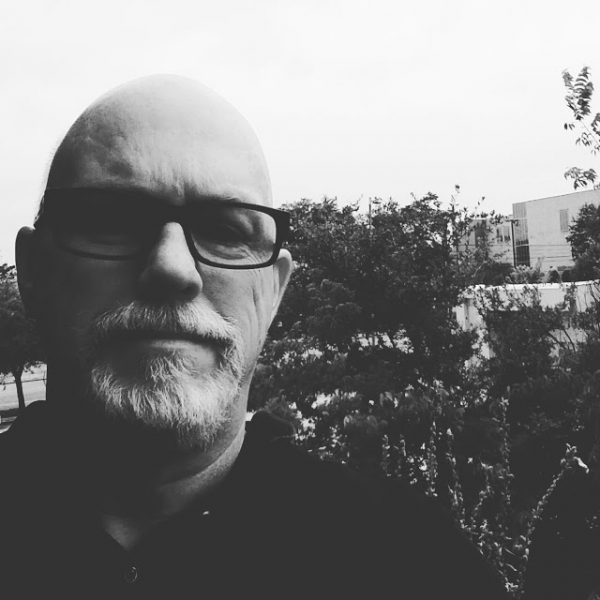 Robert Boyd, a Houston-based man about town, art-lover, collector, comics-maestro, and founder of the beloved (and useful!) online art blog The Great God Pan is Dead, sent us this tour — made in the spirit of Glasstire’s current series of Five-Minute Tours. He seems amused that we decided to publish it. (He describes the tour as “So half-assed that I had to put on some clothes to film it because otherwise I might have caught myself in the mirror in my undies — which no Glasstire reader wants to see”).

We like it. It is an excellent example of a deeply personal collection built over years, with much of the work by artists from the region. It is also evidence that you can collect within your means, and live happily with art surrounding you.

Via The Great God Pan is Dead:

Robert Boyd was born in Melbourne, Australia, and grew up in Houston. He spent his teen years painting, making super-8 movies, drawing comics, and publishing ‘zines. He has a BA in art and art history from Rice University. From 1989 to 2003, he worked in comic book publishing in various capacities, working with such artists as Chris Ware, Jules Feiffer and Robert Crumb as well as co-curating Misfit Lit, a large traveling exhibit of alternative comics art, in 1992. In 2009, he founded The Great God Pan Is Dead with the intent of providing an idiosyncratic view of the Houston art scene. His most recent curatorial project was a retrospective of art by Scott Gilbert at the Galveston Artist Residency.

Robert Boyd can be contacted at [email protected]. (And if you want to hire him, he is available for freelance writing and curating.)

Thanks for wearing pants.

Thanks for sharing Robert!