Christina Rees and Brandon Zech give you some hot tips on art you can still actually GO see.

“If you’re out driving around, you can take a swing by these and not even necessarily get out of your car to see them.”

To watch last week’s episode of Top Five, in which Christina and Brandon select the top picks from our Five-Minute Tours series, please go here. 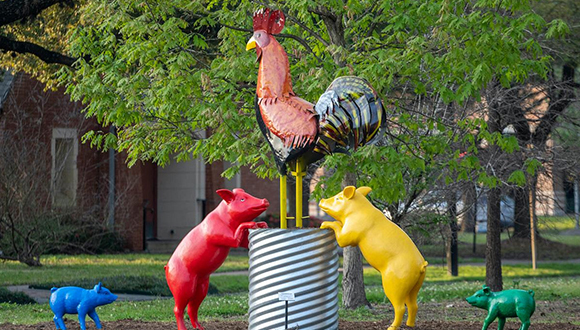 Eight new sculptures by Texas artists have been installed for this year’s True North 2020 exhibit along Heights Boulevard in the Heights neighborhood of Houston, up until December 15. The project began in 2013 when Houston’s Redbud Gallery owner Gus Kopriva, artist Chris Silkwood (a former Houston Heights Association president), and others embraced Kopriva’s vision for city-wide public art, particularly along the esplanade of Heights Boulevard. 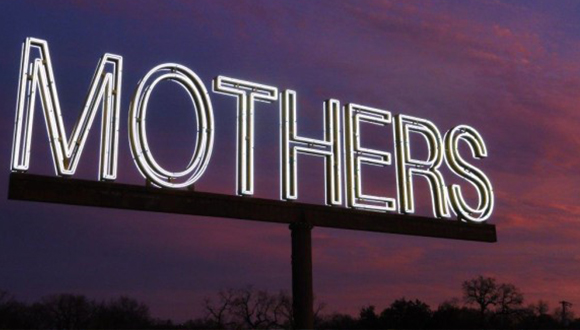 Martin Creed: Work No. 1357 (MOTHERS) has been installed at 1401 Foch Street in the Fort Worth Cultural District for the past seven years. Referred to as “Creed’s most ambitious neon project… ,” the 23 x 47-foot work by the 2001 Turner Prize winner was installed in the plaza of the Museum of Contemporary Art, Chicago in 2012 and remained at that site before arriving in Fort Worth in 2013. Now in a Fort Worth private collection, it will remain permanently installed at its current location.

In Creed’s own words, he explains the concept behind the scale of MOTHERS: “Mothers are always bigger than you are… it feels like mothers are the most important people in the world.” 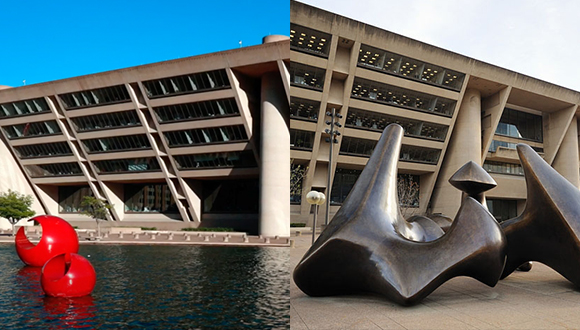 In 1976, the City of Dallas commissioned Henry Moore to create a sculpture to be placed in the plaza in front of Dallas City Hall. Moore had been recommended to Dallas officials by I.M. Pei, the architect of Dallas City Hall, and the Dallas Piece would be the third time Moore and Pei collaborated. In designing the sculpture, Moore felt the piece would need to be massive to complement Dallas City Hall’s structure and the wide horizontal plane of the plaza.

From Sculpture Journal, #17.1 2008, Dallas’ Raymond Nasher is quoted “In each case the work of art exists as a kind of antidote to the architecture… . The plastic forms of the Moore sculpture provide a formal counterpoint to the hard edges of the building, suggesting that the architect’s desire was not solely to create harsh forms … it says that the architect does respect humanist values and that he does seek to have them present in his work”. 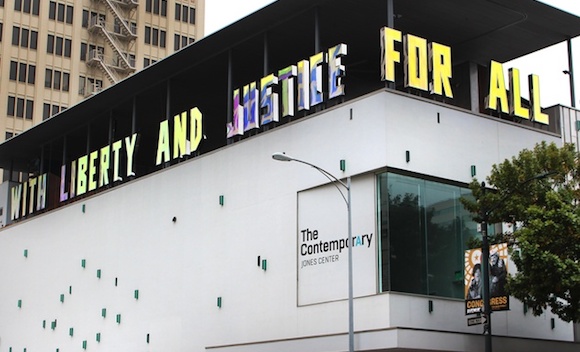 4. Jim Hodges: With Liberty And Justice For All
The Contemporary Austin (Jones Center). 700 Congress Ave, Austin

The museum’s reopening also marks the unveiling of With Liberty and Justice for All (A Work in Progress), an outdoor light sculpture by New York-based artist Jim Hodges. The work, composed of seven-foot tall backlit letters, was previously installed at the Aspen Art Museum and has been reconfigured to fit The Contemporary Austin’s rooftop. The work is on long-term loan to The Contemporary and is expected to be on view for a couple of years. 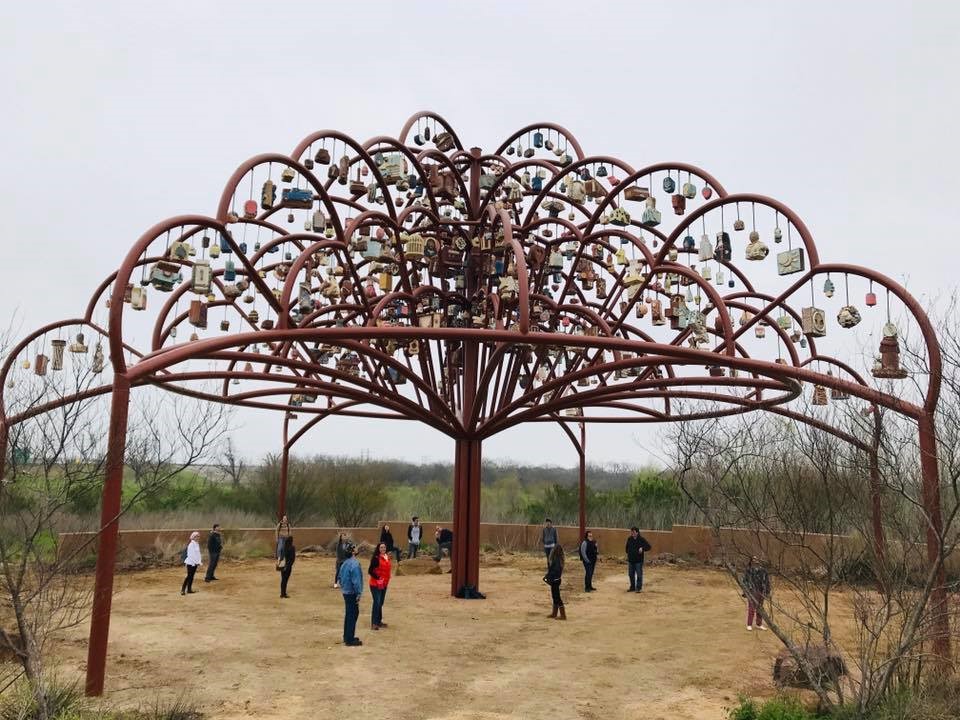 Via Talley Dunn Gallery, Dallas: “The project was commissioned by the San Antonio River Foundation, as part of a larger program of public sculpture along the Mission Reach portion of the River Walk.”

Dallas area readers: don’t forget two outstanding mosaics in downtown Dallas that you can cruise from the car: the Miguel Covarrubias “Genesis” at the entrance of the Dallas Museum of Art, and Gyorgy Kepes’ beautiful façade mosaic at St. Jude Chapel, 1521 Main Street.